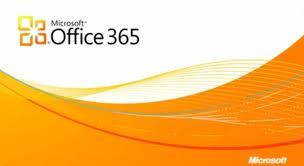 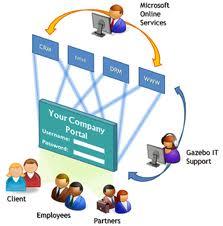 The Microsoft Exchange server is the server computer that follows the client server model approach according to which client server model can be maintained between the collaborative application product which is again developed by the Microsoft for providing the services that includes electronic mail, calendaring, contact and execution of tasks using the infrastructure products for the enterprises and organizations that can accessed with respect to the mobile devices or with web based information access tool which is supportive for the data storage using the database management principle such that removes the redundancy of the data by using the normalization technique and all these new changes are taken under this package and finally renamed as Microsoft Exchange Online service because of the management of the emails and personal information with the capabilities of the calendaring, contact lists and tasks list that includes the voice mails being delivered to the inbox of the user with in the in built spam technology that removes the spam from the inbox automatically and keeps your computer safe by using the anti-virus protection, built in archiving and compressing of files, carrying out of conversation between users and multi-tips etc. Moreover, the service of the Microsoft exchange online can be accessed with respect to the Microsoft Office Out look with in the desktop which provides the Outlook web applications for the web browsers for the mobile devices as well using the Exchange activesync for the mobile connectivity so that the services can be exchanges easily with different users with the variety of mobile devices in form of emails. The approach of Microsoft Office is based on the Microsoft exchange for the online sharing facility of the emails. 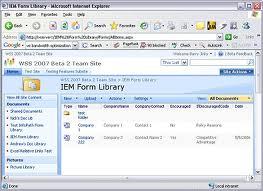 The Microsoft Sharepoint server is the also the server computer that enables the group of people to mange, share and collaborate the documents using the variety of well written algorithms that provides both internal and external websites that consist of the team sites, intranet sites and extranet sites with the creation of the public facing web sites that is built on the ASP.NET framework and consider as proprietary software which works with IIS web server to produce the sites using the collaboration of the files sharing in which you can share the files with any number of users using the file transfer protocols, web database for the internet based application either by using the XML (Extensible markup language) or using the Microsoft Access which organize and manages the data using the concept of database management system which is as same as SQL server, social networking integration includes linking of the webpages with the websites like face book or twitter for the social chatting and web publishing of the websites on the internet world with the well defined domain names. The hosting services of the Microsoft sharepoint includes websites, portal, intranets, extranets, Intranets, search engine, wikipedia, blogs and social networking and business intelligence using workflow diagrams that provides the framework for the web application development. Instead of this, Microsoft Office 365 uses the same approach as used by the sharepoint which is collaborative for the website organization.

Moreover, the Microsoft sharepoint runs on the Microsoft Windows server with the database support which is overcome by the SQL server in some cases when the data which is to be handled is of large amount and not possible for the ordinary system to manage the large amount of data the SQL server comes in existence that works with the LDAP providers using the Active directory for the applications that can be utilized by platforms like Java and PHP. 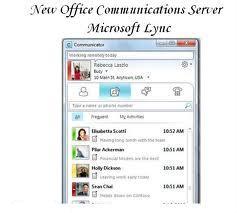 The Microsoft Lync server is an enterprise based real time communication server for the infrastructure that provides the instant messaging, presence, file transfer, peer to peer communication and multiparty voice and video calling, a hoc and structured conferences consist of audio, video and web applications with the Public service terminal network connectivity which is digital in nature and free from the noise and attenuation and provides the better environment for the organization that includes the public internet or standard phones as the PSTN connectivity for the SIP trunkling which is 64 bit platform supportive with more scalability for the group chat and attendant console applications in the virtualized environment, The Microsoft Lync server is referred with Microsoft Lync online for the exchange of instant messages using the application sharing with the collaborate tools capabilities for the Lync clients for the communication capabilities inside the Microsoft Office Applications. The Microsoft office 365 makes use of it for the Instant communications with the client computer. 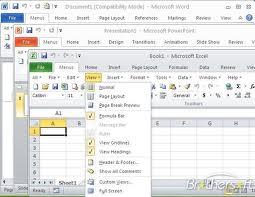 The Microsoft Package is the free commercial suite for the desktop applications for the servers with the additional services that can be carried out in Microsoft windows operating systems and introduced with the set of applications suite such as Microsoft Word, Microsoft Excel, Microsoft PowerPoint and other packages too with the additional tools and utilizes like spell checker, OLE data integration and other visual basic applications for the scripting language which is the development platform for the office business applications brand and Microsoft 365 uses the same client software approach of Microsoft Professional plus with the available volume licensing for the business contact manager which provides the Microsoft online services which is hosted by the server and subscribed using the FSS feedback, the user ID is required for the sign in with in the Office 365 which offers the services to the number of users in form of Office Web Apps. 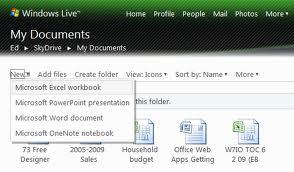 Microsoft launches new version of its Office suite, Office 2010. The publisher has made many innovations, such as integrating video on presentation material, and management of social networks from the Outlook email. A light version ("Office Web Apps"), available free online, is also proposed.