Without talking much, let me come to the main point, that is the top 5 Windows 7 phones 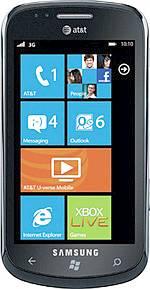 Samsung Focus is a Windows Phone 7 smartphone. It is one of those very rare phones from Samsung which have multi-touch feature in them, which was brought into the market lively by Apple and now, even Samsung has it inside. The hardware features of Samsung Focus is also quite fine. The phone is made to run on a Qualcomm Snapdragon QSD8250 processor which runs at the speed of 1 GHz. This is the speed which is considered to be optimum for a smartphone, however, phones with even 600 MHz processor speed exist and Nokia C7 I guess is one of them.

Samsung Focus phone has a storage capacity of 8 GB expandable upt 32GB through a MicroSD card. It has 512 MB RAM and the same amount of ROM too. The battery of Samsung Focus is focussed to play high quality media and let the user talk for long hours. The battery is of 1500 mAh which is quite enough to give long hours of media playback.

The phone has good number of format support for both video and audio. It has a 5.0 Megapixel camera which has the feature of smile detection, geo-tagging, image stabilization too. Also, the phone is equipped with a lot many other features like advanced GPS, SNS integration, Radio, FamilyMap, myWireless, Microsoft Office etc. To my goodness, the phone has a 3.5 mm jack so that the user can insert any headphone and enjoy music on the go.

LG Quantum also runs on a Qualcomm Snapdragon processor. It is called the Qualcomm Snapdragon QSD8650 which runs at the speed of 1 GHz, similar to the Samsung Focus. The screen of the phone is of 3.5 inches diagonal length with the resolution of 480 x 800 and 16 million colors. The dimensions of LG Quantum is 119.5 x 59.5 x 15.2. The phone has a capacitive touchscreen and is quite sensitive. It has multitouch input method, proximity sensor, accelerometer, and much more.

The LG Quantum has a battery of 1500 mAh and is able to give long talktime and standby time. It has various features of connectivity like Wi-Fi, WLAN, 3G, GPRS, Bluetooth and microUSB too. It has a HTML browser, and other features like Digital Compass, Organizer, Voice memo and advanced GPS support so that while on the go, you can know your exact location, speed etc.

The LG Quantum has a camera of 5 megapixel which will take pictures with maximum resolution of 2592 x 1944. The camera of LG Quantum has flash, autofocus and geo-tagging features. Also, LG Quantum camera is able to take great HD videos at 720p at 30 frames per second which I think is great for a phone. 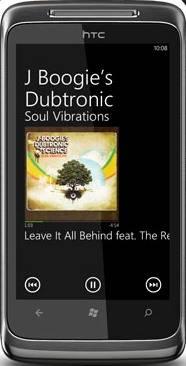 The HTC 7 Surround has a great 3.8 inches long screen with a resolution of 480 x 800 pixels. The screen of HTC 7 Surround is a TFT capacitive touchscreen and is a 16 million colors display. It has proximity sensor so that when you are on an active call the phone saves some battery by turning off the screen automatically. Also, the phone has accelerometer sensor just like the Samsung Focus and LG Quantum.

The dimensions of HTC 7 Surround is 119.7 x 61.5 x 13. HTC 7 Surround is a slider phone. It has 16 GB of storage space, 448 MB of RAM, 512 MB of ROM, and a very potent battery of 1230 mAh, however less than the Samsung Focus and the LG Quantum. The HTC 7 Surround is really a phone of one of its kind. It bridges the gap between home entertainment and portable audio with the surround sound speakers.

Like other smartphones, it also plays a large variety of videos and audios, has features like HSPDA, 3G, WLAN, WIFI, EDGE, GPRS, Bluetooth etc. It also has advanced GPS and social networking apps.

The camera of HTC 7 Surround is a 5 megapixel camera with autofocus, LED flash and features like geo-tagging. Also, it has the feature to take videos at 720p and at 30 frames per second. The phone definitely runs on Windows Phone 7 and I am quite impressed with the specs of the phone, of course, the surround sound feature in the spotlight. I am sure no one will say that it is not to be included in the lists of the top 5 windows 7 phones. 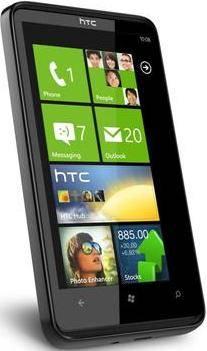 HTC HD7, let me start of with, has a gigantic 4.3 inches screen, with once again the same resolution of 480 x 800 pixels just like the other phones in the list of the top 5 windows 7 phones. The screen size of HTC HD7 is similar to that of the Sony Playstation Portable. The screen of HTC HD7 is TFT capacitive touchscreen. It has proximity sensor, light sensor and other features like G-sensor.

The battery of HTC HD7 is similar to that of the HTC 7 Surround, a 1230 mAh battery. The phone has high media playback options with multiple format support.

This phone, similar to the ones in its segment has a 5 megapixel camera which takes good still pictures as well as HD videos at 720p at 30 FPS in .mp4 format.

These were the top 5 Windows 7 phones means they are the top 5 phones with Windows phone 7 mobile operating system from Microsoft available currently only in some countries and not available worldwide.