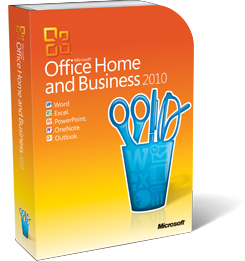 Microsoft Office when first released used to be only available with three applications which can also be seen using by people in the modern world, they are - Microsoft Word, Microsoft Excel and Microsoft PowerPoint.

Microsoft Excel is the best spreadsheet application in the world and is used widely in the whole globe. Microsoft Excel includes calculation, graphing tools, pivot tables and a macro programming language called VBA (Visual Basic for Applications) for higher efficiency. Microsoft Excel includes all the basic features of spreadsheets it uses grids and rows to make organize data way more efficiently and this makes things easier for the user to give input of data in. Arithmetic calculations have also been made more efficient. Visual Basic for Applications allows user to employ a wide variety of numerical methods, for example, for solving differential equations of mathematical physics and many other complex maths forms which then results back to the spreadsheet.

These are the many things due to which Microsoft Office has gained worldwide popularity, and I would say it is a thing worth buying, because it makes your job in every aspect so much easier. can be downloaded from Download Microsoft Office 2010 free demo for Windows 7 from - office.microsoft.com

I download this because I don't have a Microsoft Office.

I download the files because I received one file which is of 2010 version but mine is 2003 version.

I downloaded the file because I don't have the version, but mine is MS Office 2003.

I downloaded this because I don't have Microsoft Office.