IIS developer express is a new web server from Microsoft for ASP.NET developers for non production use. The new developer edition of IIS comes with a lot of cool features from IIS and Visual Studio's built-in web server combined in to one software, making it a better tool for developers.

As of now, the IIS developer express is not a separate download and there is no separate installer. It need to be installed through the WebMatrix software install. WebMatrix can be installed using an installer called "Web Platform Installer", which can be used to install a bunch of web development tools from Microsoft and third parties.

Web PI stands for Web Platform Installer, which is an integrated installer for several web application development tools from Microsoft and third parties.

On 7 July 2010, Microsoft announced Web PI 3 along with WebMatrix beta. WebMatrix is an integrated web application development tool which include a developer version of IIS called 'IIS Developer Express'.

The Web PI 3 installer can install a large number of web application development tools, including:

The components included in Web PI installer are dynamically loaded from Microsoft web services, so this list can change and add more stuff any time.

How to install WebMatrix beta and IIS Developer Express

Download the Web Platform Installer 3 beta and launch the installer. The installer gives a lot of options to choose from. If you are looking for only IIS Developer express, check only one option: Microsoft WebMatrix beta 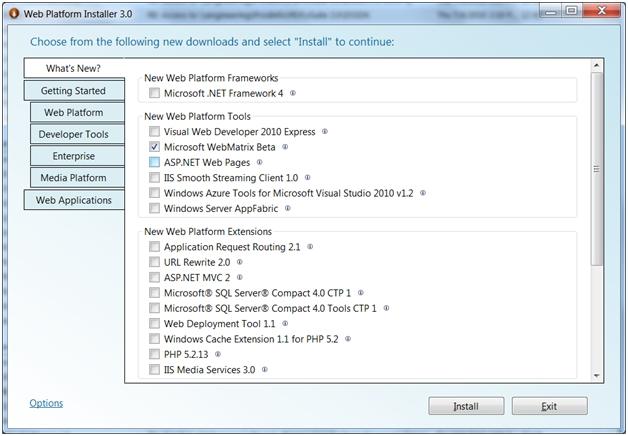 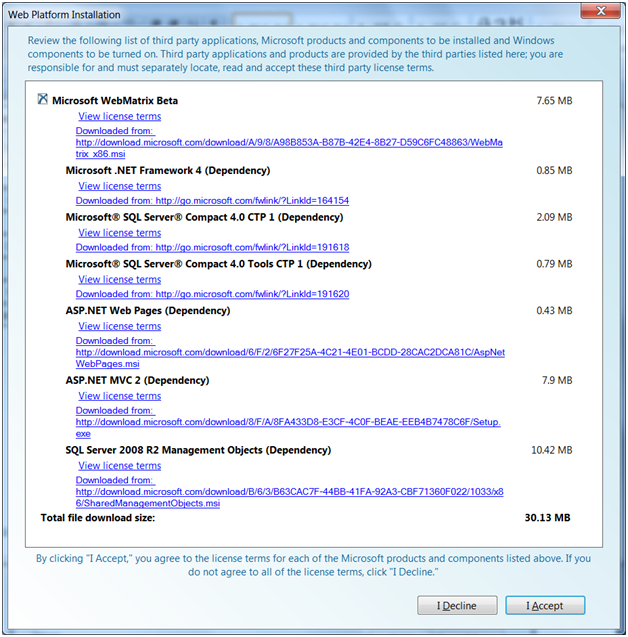 Unfortunately, there is no option to unselect any of the tools from the list. All the displayed components are dependencies for WebMatrix beta and are required to proceed.

My first attempt to install WebMatrix failed saying it could not install the dependencies. After scratching my head for a while, I followed the steps below:

Great, it worked this time. I got a message saying everything is successfully installed. 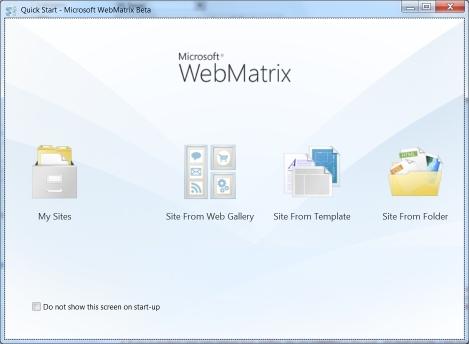 I thought there would be some option to see what I am looking for - IIS Express. No, it is not there too!

So, proceeded to create a new website. I chose the option "Site From Template". As expected, it allowed me to choose a template for my new site. I chose "Empty Site" since I always like to start everything from a clean slate. 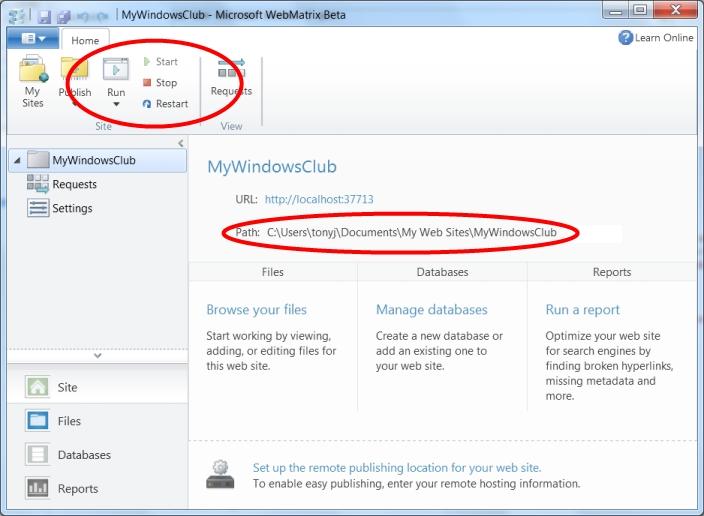 Take a look at the image of the next screen I received. The web site was created at this location:

I am yet to figure out if I can take control of the location and organize all my projects in to one folder of my choice in my PC.

How to launch IIS developer Express from WebMatrix?

When you open WebMatrix, you have few options in the top bar:

You can click on the arrow below the "Run" menu to choose or all of the installed browsers in your computer. This will open the website in the selected browser(s). 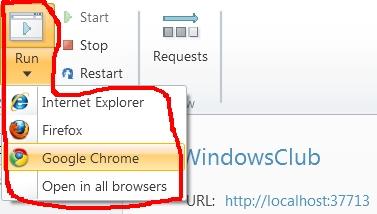 The above steps demonstrates how to launch IIS Developer Express from WebMatrix from it's integrated menu options.

How to use IIS Developer Express from Visual Studio?

As of now, there is no Visual Studio integration for IIS Express. If you like to use IIS Developer Express from Visual Studio, your options are limited to:

There is an IIS Express System Tray utiltiy (iisexpresstray.exe) which places an icon in the system tray and allow you to manage the sites hosted in IIS Express.

This utility allows you to view the list of all sites hosted in IIS Express and you can start/stop the sites from here.

When IIS developer express is started, by default the system tray utility also starts, unless you disable it explicitly.

One of the problems I found with this system tray utility is, it always starts in the bottom right corner of my screen, with only a small portion of it in the visible area of the screen. Rest of the screen is hidden outside the visible boundary of the screen. I had no ways to drag this screen to a visible area. The drag option simply does not work since the screen does not have a draggable title bar. My only option was to expand the size of the window so that most part of the content is visible.

This is an article which talks about the fabulous XPS format from Microsoft and the viewer software which comes with Windows Vista and Windows 7 and surely gives a competitive hit to Adobe's PDF.

A software called Vectir can be used to control your PC remotely with your smartphone. You can pretty much do everything that you do on your computer with the application on your phone.

How to change .NET Framework version on IIS without restarting?

If you try to change the .NET Framework version on an IIS website, it will prompt you to restart W3SVC service. In this article, I will explain how to change .NET version on IIS without restarting.

Gr8 article. I was finally able to get my first application up.
Could not figure out why IIS was not available.