The first method of capturing a screen shot is the Print Screen method.


These screen shots are not automatically saved but are copied into the clip board. To save the screen shot, we need to load a photo application like MS Paint and press CTRL + V to paste the image (or go to Edit > Paste from the menu).

Another method of taking a screen shot in Windows 7 is to use the Snipping tool. To load the snipping tool, simply type Sniping Tool in to the Windows Start Menu search box and hit enter button or run SnippingTool.exe. Once the snipping tool has loaded, you will see the following window on the desk top.

Now you have to just click and drag a box around the area of the screen that you want to save as a screen shot. Once you release the mouse button after dragging the box, the image captured is shown in a larger snipping tool window as shown below: 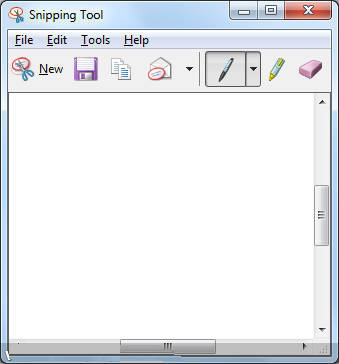 ScreenFlow 4.0.2 - a perfect tool for recording your screen on Mac

Are you looking for a screen recorder and editor for your Mac? In this article I'm going to provide a detailed review of a Mac application called ScreenFlow 4.0.2 which is an excellent tool for recording, editing and performing many such different tasks with your Macbook. So, read on to know more about this software.

Tired of the old and limited Print Screen function of your keyboard and looking for something with much more features and that is free too? Hold your horses right there because your search stops right here! Read our review of the very software that solves your problem of taking high quality screenshots and editing it right there and then.

Read the review of the paid video capture software from Apowersoft and know the good and bad of this software. Know what this premium ware is capable of and how many sites it is compatible with.

What can a free screen capture software like SnapMyScreen do for you?

Screen sample software like the SnapMyScreen is a tool designed to capture screen shots and save them on your computer. Allowing you to edit and improve upon the screen shot. Read on for more info.

Snipping tool is a very handy tool that Microsoft shipped with Windows 7 but not many people know about it. Almost everyone uses Print Screen to capture the screen and then use Paint brush to save the image.