Sunil Bharti Mittal, the chairman of Bharti Airtel, termed the possibility as tragic when talking about the duopoly in the Indian telecom market. It was primarily due to the sword of bankruptcy being faced by the cash strapped Vodafone Idea. This also has a relevance to the irrelevance growing in the operation by the government telecom companies like BSNL and MTNL. This leaves only Airtel and Jio. A possibility of a duopoly looming large in the telecom sector can have a serious concern in the Indian telecom market.

There is a history of Monopoly in the sector

In fact, the Indian telecom sector has seen both monopoly and hyper degree of competition. Around 20 to 25 years ago, only the government sector could provide the services in the telecom sector. Fast forward to ten years, and you had a huge number of companies offering you different telecom services. We had more than 12 different competing companies that can prove to be one of the excellent options ever. 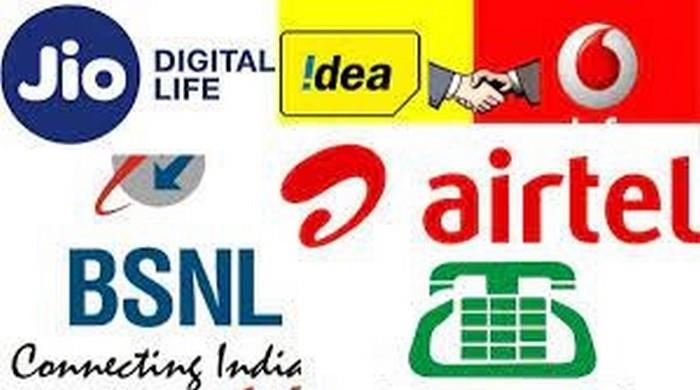 Things have changed to a considerable extent in recent times. Most of the service areas began having only up to for operators. The previously monopolistic companies - MTNL and BSNL - have stopped being considered. In fact, the two government owned companies are now being ignored.

India recently had a very good competitive market with three private players and one government-controlled entity. The private companies include Airtel, Reliance Jio, and Vodafone Idea. The government controlled MTNL/ BSNL was good enough in rural areas, but mostly not taken seriously.

The competition can be quite impressive and interesting for the best benefits for the consumers. Competition provides you with an enhanced degree of experience in delivering extremely lower prices and advanced technologies. This can also help you improve the quality of service.

These were the gains that were offered by a healthy competition between the different service providers. Now, with the competition gone, you would be left with the risk of losing those gains.

The Duopoly will hamper the growth in the sector

The Indian telecom market is quite unique in every respect. To bring home the point, it may be noticed that India is the second largest in the world in terms of the number of the people connected to the Internet. In the same spirit, it is also the first country in terms of the number of people unconnected to the Internet. This irony is what makes it quite important to have a good competition in the sector.

There is a lot to achieve to improve access to the connectivity and increase network capacity. In fact, even with a huge growth in terms of network capacity and reach, we still have close to 50 percent of the population not connected to the Internet. While India has the highest mobile data usage, the per capita data usage is considerably low, which has more to do with the country's population.

The 5G connectivity and deployment are just around the corner, and it is still needed to be implemented. There are huge gaps in the infrastructure and access, and this will attract huge investment. This, in turn, will require you to focus on the correct type of competition. A duopoly will erase this healthy competition and, therefore, can result in a huge complications. In fact, the exit of Vodafone Idea, just in case it happens, can severely hurt the possibility of the better investment and access to the services.

If VI exits the market, it can also be a death blow to BSNL and MTNL. They are yet to adopt and deploy 4G connectivity, and that can be all the more competitive. It may be noticed that Vodafone Idea has around a quarter of subscriptions and revenues. It also has been adjudged to be offering an outstanding service quality in terms of network speed. The data speeds of the service provider have been adjudged to be faster enough for more than three years now.

The government has offered a good relief though!

The government of India has announced a relief package for the sector in September 2021. This can perhaps lease a life in the cash strapped sector. The cabinet has approved the four year moratorium on the telecom dues and has also changed the definition of the AGR dues. This can hopefully be a relief for the sector.

The new reforms are expected to protect and generate employment opportunities, promote healthy competition, protect the interests of consumers, infuse liquidity, encourage investment and reduce the regulatory burden on the telecom companies. This can benefit not only Vodafone Idea, but also Airtel and Reliance Jio. However, it is still to be seen how effective the reforms can be in doing away with the possibility of the duopoly. Like
Sanjay Kapoor, the former CEO of Bharti Airtel, says that the reforms are never retrospective in nature, and Vodafone Idea has been in dire straits because of the issue they are in today. It isn't sure whether the situation can help get the new investment opportunities for Vodafone Idea.

It may take a couple of weeks to understand if the new reforms can be helpful for Vodafone Idea in either getting new investments or new debts. Given that the moratorium is not much longer enough, it may take a while to analyze and find the exact repercussions and find where it takes the Indian telecom sector.

Well, the sword of duopoly still looms large on the Indian telecom sector. The ball is now in the court of the regulator, government, and the telecom service providers. Let us just hope to see that they would be able to succeed in achieving the best results, but if they fail - and the duopoly cannot be avoided - that would be a huge issue and a tragic one for the Indian telecom market.