In November of 2020, Apple released their new Macs, Debuting the new Arm-based M1 processors. The new computers that were launched were the 13-inch MacBook Pro, MacBook Air, and Mac mini models in 2020. In 2021, Apple added the M1 chip in the iMac and the iPad Pro. Till now, the M1 chip has received many great reviews for its incredible performance and power efficiency. 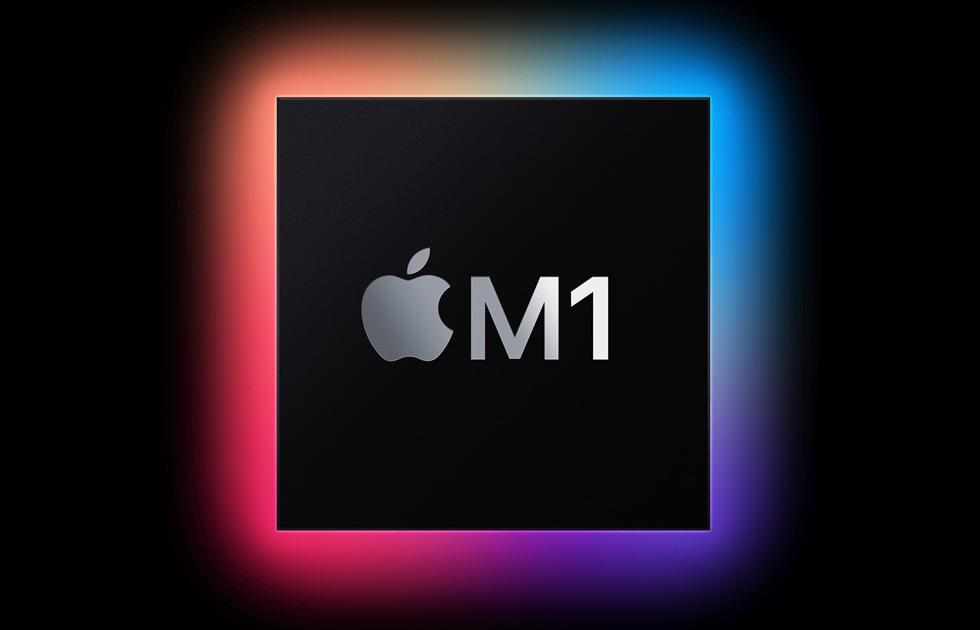 So, let's walk through everything that you need to know about the M1 chip.

Apple M1 chip is the first system chip that is designed by Apple Inc. for use in their Macintosh (aka Mac) computers. Macs and PCs have traditionally used multiple chips for the CPU, I/O, security, and more. the M1 chip, being an SoC (System on Chip), combines numerous different components like CPU, GPU, UMA (unified memory architecture) (RAM), SSD controller, encode/decode engines, security engine, Thunderbolt 4 controller with USB 4 support and various other technologies into a single chip 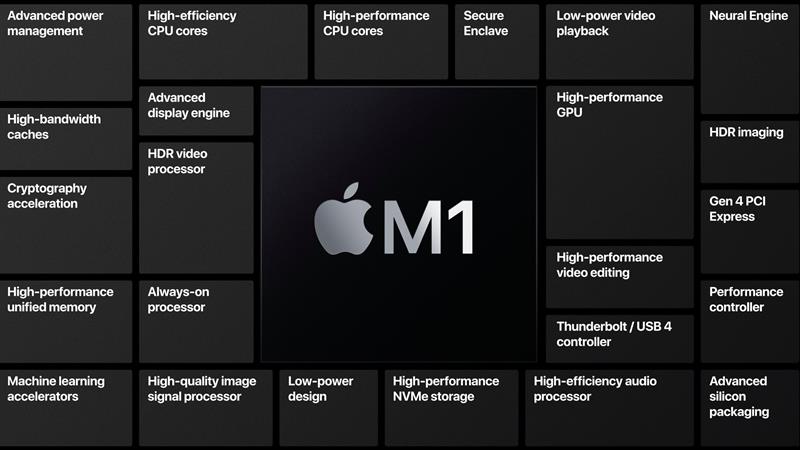 As stated, older Macs used different chips for different components and processes. But, with M1, all of these components and processes (can be also termed as technologies) are combined into a single SoC, which aids in delivering a whole new level of integration for greater performance and better power efficiency by a huge margin. M1 also includes a unified memory architecture (UMA)(RAM) that brings together high-bandwidth, low-latency memory into a single pool of memory. This allows all of the components and processes (technologies) in the SoC to access the same data without copying across multiple pools of memory, which further brings notable speed and efficiency improvements to the M1 chip. The sad news here is that due to this architecture, the RAM is not user-upgradable. this shouldn't be a surprise though since very few Macs (even some of the Windows Laptops, unfortunately) these days have user-replaceable components. The M1 chip supports a maximum of 16GB of RAM as of now, but, the base model with 8GB of ram would suffice normal for everyday tasks and may even be suitable for heavy tasks like video editing.

The M1 has a maximum of 16 processor cores, eight of which are CPU cores and the remaining eight are Graphics Processor cores (GPU cores). Do note that base model M1 chip equipped Mac have 15 cores, i.e. an octa-core (8 Core) CPU and 7 core GPU. That, in actuality, sounds like a ton of processing cores compared with the six cores that are in the most powerful Intel-based mobile CPUs (laptops).
Out of the eight CPU cores in the SoC, four of these are compute cores that are dedicated for doing the complex calculations that require tons of processing power. the remaining four are dedicated to lighter tasks that don't require as much power, to ensure that the chip doesn't consume more energy than it needs to.

The M1 chip brings up to 3.5x faster CPU performance, up to 6x faster GPU performance compared to the previous Intel-based Macs. Even with the incredible speed of the M1 chip, it is also more battery-efficient than any other Mac Apple has released to date. Battery life in an M1 MacBook lasts up to twice as long as in prior-generation MacBooks. 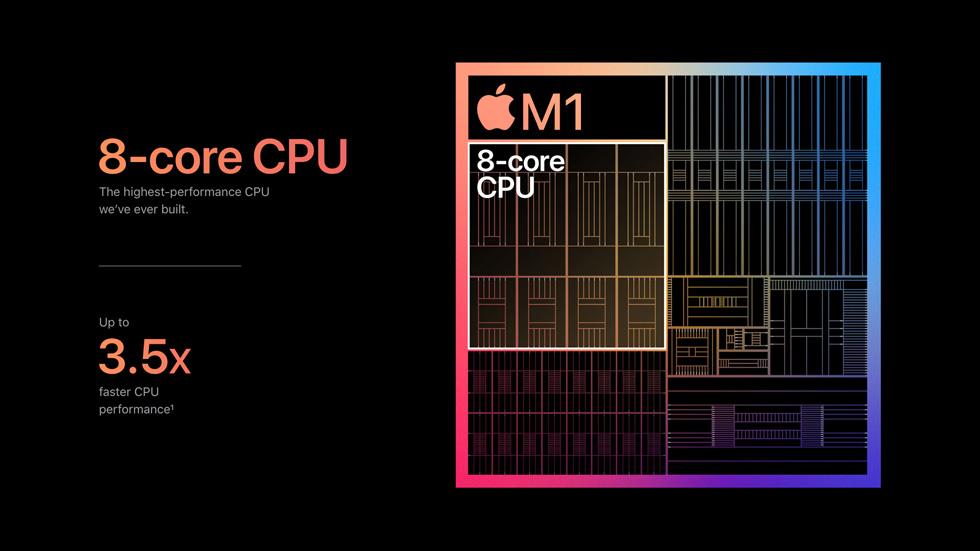 Rosetta 2 is the second rendition of Rosetta, the translation layer that allowed PowerPC apps to run on Intel-based Macs (x86) back in 2006 when Apple moved to Intel processors from PowerPC processors.
With Rosetta 2, x86 apps that were designed for Intel-based Macs will continue to run on M1-based Macs, though with some minute performance compromises. But, for the most part, apps will run very similarly on both Intel-based Macs as well as M1-Based Macs mainly due to the performance enhancements brought by the M1 chip.

Overall, this was a very short review, it has covered all the major aspects of the M1 Chip. I even feel that the MacBook Air is more than enough for most of the tasks now. It can even do 4k video editing. For the windows side of things, you have to spend over 1 lakh to get a performance similar to this.
Although the support for Bootcamp is not currently there, Apple will mostly find a way to manage to install Windows on ARM as Bootcamp.