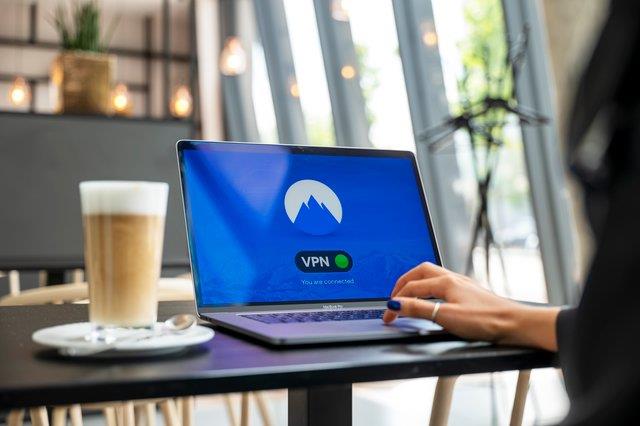 VPN, or simply virtual private network, is a secure channel or medium between your device and the internet. To be more elaborate, a virtual private network (VPN) provides online privacy and anonymity by forming a private network out of a public internet connection. VPNs cover or mask your internet protocol (IP) address so that your online surfing and transactions are untraceable virtually. Moreover, VPN services establish secure and encrypted connections that provide greater privacy when compared to a secured Wi-Fi hotspot.

Why is VPN important?

If you are concerned about your security and privacy online, then VPN is a must. As one surfs the web or transacts online over an unsecured Wi-Fi network it means that your private information as well as your browsing patterns are exposed. Not only such information is vulnerable to misuse but also can be used against you.

When you are on the go and reading emails while traveling or while waiting for someone, or you are checking your bank account while waiting for your turn at a billing counter. If you are not logged on to a private Wi-Fi network requiring authentication/password, and the data transmitted during such online sessions could be vulnerable to eavesdropping by others who are also logged on to that unsecured network.

The security of encryption and being anonymous provided by VPN helps in protecting one's online activities, viz., surfing, sending emails, shopping online, making payments, or downloading files. VPNs not only provide security in terms of encryption but keeps one's web browsing anonymous too.

Why do you need a VPN

In the present-day data is more valuable than gold, and if you value your privacy, then using a VPN like Surfshark VPN is a must every time you connect to the internet. A VPN app or service runs in the background processes and will not interfere or affect your apps or any content you are streaming or browsing the internet. You will breathe a sigh of relief knowing that your privacy is always secure.
Some of the places where the VPN will be very useful and will help in offering you complete protection.

Being mobile and on the go abroad is now a new normal but that shouldn't mean that you change the way you use the internet when traveling. A VPN allows you to use the internet as would normally use it in your home country, no matter where you are in the World.

While on a public Wi-Fi

Whenever you access public Wi-Fi at airports, malls, cafes, etc., you are at the most commonplace for cybercriminals who hunt for their prey at these places. A VPN on your device will secure your device from such hackers and crooks who prey on freeload.

A VPN allows you to watch videos and other online content on streaming services like Netflix, Amazon Prime, Hulu, and HBO with freedom from ISP throttling or blocking by your ISP or local Wi-Fi network.

While using a VPN you can unlock games, maps, skins, and other add-ons that might be restricted on your network. Moreover, a VPN prevents you from Distributed Denial-of-Service(DDoS) attacks and reduces ping and overall lag.

All the above benefits are more than tempting to try a VPN app or service and for that, the first stop is Google where one searches for a free VPN app.

On the internet one will find many free VPNs that claim to provide all complex services and that too free of cost. One will anyway try the free VPN app only, but the disadvantages behind a free VPN are not known to many. Before trying anything free, always remember the concept, 'there is nothing called free lunch'. According to user reviews, NordVPN and ExpressVPN are at the top of the list of best VPN for torrenting on the market right now.


Let's now take a look at the disadvantages of using free VPN apps. It is important to know that VPNs are expensive and complicated software that requires a great deal of investment to maintain. They even need to constantly update themselves with the ever-changing world of internet privacy. So, providing a free service has its demerits.

Free VPN providers also have to recover the cost or investment incurred as well as earn profit to sustain the app. To provide a free service, they generate revenue from their customers using hidden tools and tricks which a layman can never come to know of. The tactics applied to earn revenue are not only dangerous but also dishonest, they break the very basics of VPN service.

Using a free VPN could leave you vulnerable, cost you more than you can calculate, and ruin your entire internet experience.

The very purpose for which the VPN is made gets defeated with a free VPN service. It is found that some free VPNs contain malware which leaves you vulnerable to hackers. It is one of the biggest security risks of using a free VPN.

One opts for a VPN to safeguard his online activity but on the contrary free VPNs track your online activities and that is the worst kind of offense a free VPN provider commits. Surprisingly, this is also the most common disadvantage of free VPN which contains third-party embedded trackers in their apps/software.

Limiting the Amount of Data You Can Use

One of the tricks free VPNs adopt to push you to go for a premium version is by throttling the amount of data one can use. Free VPNs will limit the use of data to such a low limit that you may have to go for the premium version just out of frustration.

Slowing Down Your Internet

Many free VPNs will deliberately slow down your internet speed on the pretext that the data is routed through various servers hence, again pushing you to try their premium or paid version. Slow internet speed will be a big factor for one opting for paid plans. The difference in speed in a free and paid version is invariably visible if one verifies it. Remember, you get what you pay for.

Annoying Ads will keep popping up.

As already mentioned, running a VPN service requires an investment of resources and to recover the cost incurred the VPN provider will display ads to make money. The free VPN provider isn't getting any subscription fee or one-time payment, and the same is the case with other many internet contents.

This is something a free user will never be able to guess about is that his bandwidth is being used compromised for using a free service. So a free VPN provider in addition to showing ads makes money off free users by passing on your device's processing power to the premium customer, in short, selling your bandwidth for profit. Although, this is stated on their website hardly anyone takes notice and they do it far more than intimate.

Conclusion
Overall, a VPN service is a must as it offers numerous benefits concerning safety and privacy, and at present and in times to come it will gain even more importance. Your data and online activity are not for someone to snoop around. Using a free VPN seems a very enticing option but considering the disadvantages discussed above, it seems to compromise one's security more than those not using it. One should opt for a premium VPN service and paying something for it is nothing as compared to the loss we may incur to cybercriminal and eavesdroppers who are on the constant prowl on our online activities. The only free thing in this World is almost nothing and we end up paying a heavy price when we ignore this free advice.

Vpn has tremendous amount benefits for the users, it allow you to hide your identity over internet from spammers and hacker. Also help to protect your data with third part web . This not all but it also good for watching movies, playing games and other stuff. I personally use vpn for streaming content on Netflix, amazon prime and Hulu.

Some time I used it for downloading online content from website that are not worth trusting . There are lots of top level vpn in the market but prefer Ivacy vpn for streaming, as it has military grade protection and more than 100+ servers to connect with.

Other vpn are good too, every one has some personal views .