TCL always releases a vague idea in terms of release dates for the TCL 10 series of new smartphones. Now, we have discovered more accurate release dates slightly for a minimum of two phones among the many. According to a source, the two smartphones launching in the North American market are TCL 10 Pro and TCL 10L. The date for the same is May 19, and the price will stand for $499 and $249, respectively. The users will be able to purchase the phones at retailers or also take the help of Amazon.com.

The company gave us a small peak at the new series of smartphones during the 2020 event of CES. Recently, TCL revealed the price and features of its few smartphones which are TCL 10 5G TCL 10 PRO and TCL 10L. All of these three phones share a lot of features, such as display size and processors and camera specifications. So, let's discuss them in detail below. 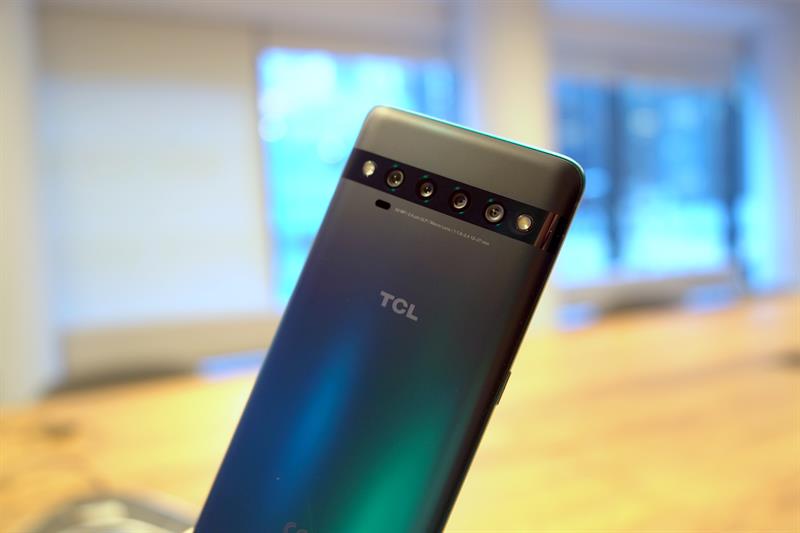 The first one on the series is TCL 10 5G, which, just as the name suggests. It is the phone capable of giving 5G internet speed and is the first smartphone by TCL to offer this. The radio 5G (which has bands such as n1/3/8/28/77/78) will be able to handle the internet speed up to 2.3GB/S. And while we are on that point, it is essential to inform that TCL has not yet announced on what markets the phones. It will be able to surf through at warp speed.

The phone comes with a display of 6.53-inch of the display which is full HD. It arrives with a 91% screen-to-body ratio, so will be a treat for all gaming and movie watching lovers. Getting powered by a Snapdragon 765G of processor, 6 GB of RAM, and a total of 128 GB of storage, you get plenty of space. The phone runs smoothly, however fast your fingers are and allows you to multitask without lagging. The phone has a 4500 mAH of battery. It also with an in-box of a quick charger 3.0. This will allow you to get through your day without worrying about it quickly.

One of the most beautiful parts of the phone is when TCL opted to go for a huge megapixel. The rear side of the phone contains four cameras with the main one being 64MP. The ultra-wide camera which has 118 degrees built-in. It is of 8MP and a macro camera of 5MP and 2MP for a low-light sensor. The camera also allows you to record 4K videos standing at 30fps. The front side of the phone offers a 16MP camera for taking beautiful selfies with your friends and family.

Some outstanding other features include an Android 10, TCL UI, a headphone jack of 3.5mm. The phone also has a Wi-Fi of dual-band. The phone also supports the use of MicroSD cards for your extra storage. Available at select markets at the price of $99.

The company is going all out for never before seen features with all its new phones. The TCL 10 Pro, for the first time, offers a phone with a display of curved AMOLED screen. This comes with a 6.47-inch of full HD display. It is also accompanied by a panel that gives certified support for HDR10. It comes from Netflix, which already allows the phone to be a born entertainer. We haven't even discussed the various other features yet.

The company has also given the smartphone an edge bar which will help you to search for shortcuts for apps. Furthermore, the device has almost a minimum of bezels and resulted in a screen-to-body ratio of 93%. This is accompanied by the hidden fingerprint sensor, which masks itself under the dominant display laying under the glass. With a slightly slower processor than the TCL 10 5G, TCL 10 PRO offers a Snapdragon 675 processor.

The smartphone is powered by a 6GB of RAM and 128GB of storage, expandable through MicroSD card. Though it sounds a bit strange that the company is opting for a processor that was famous back in 2018. We can only wish that it doesn't affect it later. Same as TCL 10 5G, this smartphone also comes with 4500 mAH of battery and an in-box quick charger 3.0.

With a few changes in the equation of the camera, TCL 10 Pro gives 64MP primary camera. It has an ultra-wide camera with 123 degrees and a 16MP sensor. The other two cameras, macro, and low-light sensors have the power of 5MP and 2MP, respectively. The front side of the phone comes up with an upgraded camera that jumped to 24MP. The users of TCL 10 Pro will be able to enjoy and capture videos at 4K at 30fps.

The last one of the holy-trinity of TCL, the TCL 10L comes with almost the same specifications. It has a 6.53-inch full HD display with a screen-to-body ratio of 91%. The processor on this comes down a notch to a Snapdragon 665. It offers a 6GB of RAM and 128GB of storage expandable with a MicroSD card. The phone is just like the other two models; however, it has a 64GB variant.

The camera is downgraded a bit to the main rear camera being 48MP and an 8MP ultra-wide camera and a 2MP for both macro and low-light. The camera will be able to capture 4K videos at 30fps. The front selfie camera is standing at 16MP. The TCL 10L is going to be available in North America at $249.