Whether you are suffering from poor connectivity during your long travel time or want to save on the costly data packs, there can be a multitude of reasons why you would want offline games on your Android smartphone. Many games developers recognize this huge demand and have published multiple games that don't need an internet connection.

So I have dived deep into the most popular and upcoming games that are going to rule the roost in the coming year. Let's see why free and paid games you can enjoy offline on your Android smartphone in the year 2020.

Fallout Shelter is a strategy simulation game which is free to play and is runs offline. It is a post-apocalypse world where players build a new world below the ground. You build a village where everyone lives happily. Just like an online SimBulder game, you get notifications when a task is completed. You need to protect your village from threats both from outside and inside.

Players have found this game to be highly addictive with many enjoying it for hours altogether. You earn armour, weapons and experience. Recommended for people who have a lot of free time on their hands and love strategy as well as action games.

If you are bored of Temple Run and Skateboard Surf but not of the infinite gaming nice itself, then this is a new refreshing running game worth trying. You explore different islands as you run while avoiding large boulders. You will face different terrains along with various weather conditions like a sunny day to cloudy sky.

The reward system to unlock new players and worlds it quite challenging though and you will be hard-pressed to proceed just based on the earned coins and might have to do some in-app purchases you if are too much in love with the game and want to explore deep.

Yes, I know it is a 3-year-old game but it is still more than worthy of being tried of if at all you are into shooting games. It is a rails shooter with an engrossing store mode which you can play offline. Instead of cash, you have cards based rewards system through which you can buy energy as well. There are different modes in the game. The normal mode will seem very simple to gamers already used to shooting games. However, the gameplay quickly becomes difficult even in normal mode when the fight is not on land but on moving vehicles. For some challenge in land-based gameplay as well, you can switch to the difficult gameplay level.

The game is free to play and has in-app purchases. However, even if you don't buy anything, the reward system awards you hourly and daily rewards in addition to the cards you get when you complete a mission. So you never do feel stuck in this game just because you haven't paid for it.

You will be hard-pressed to find a free RPG game that too that works in offline mode too. It is an action theme-based game that released back in 2014 but still gets regular updates and bug fixes. It was made by a small team of RPG fans who made this RPG game with the motto of "no paywalls, never pay to win". The game starts with a boring feel but as soon as you start seeing the effect of your tactical decisions, the game becomes highly engrossing.

You can run around, do magic, explore dungeons, and kill your enemies that you encounter along the way. You also get companions along the way that are highly useful in the gameplay.

This is a sci-fi FPS game where you take on the role of a veteran N.O.V.A. marine who is called back to duty to fight against the Colonial Administration forces. The game has a story mode which can be played in offline mode as well as a multiplayer mode for which you will need the internet.

The story mode is fully action-filled and as you progress it reveals to you the reason why the alien race decided to invade earth. There is a Special Ops mode too which are limited-time missions in which you have to quickly finish off the aliens with high accuracy. It has high-quality 3D graphics and you don't need any in-app purchase to proceed till the end of the offline Store or Special Ops mode.

If you have been gaming even for a little time, no surprises that you have heard about this game. However, what you might not know is that the 5 versions of GTA that the company ported for Android smartphones, support offline gameplay as well. The only thing you need to do is to make sure that you download the heavy files of these games before you go offline. This 1GB or more download happens after the initial installation from Google Play.

The games are as good as the ones available for consoles or PCs. You get the same quality and same graphics. However, performance and how the graphics look on your screen will depend a lot on your smartphone configurations. Any of the 5 versions of this game are not suitable for kids so make sure not to use it as a plaything for your kid when you are going for a long flight. 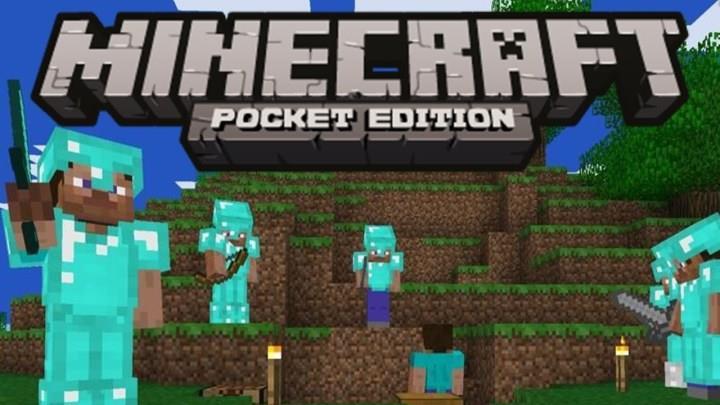 I guess we had enough of games above that require a lot of planning or attention. Minecraft needs no introduction; it is enjoyed across people of different ages and countries. The mobile version for your Android smartphone comes by the name of Minecraft and works offline. However, this is a paid game.

You can save your progress locally and even connect with other players locally using a local network. And whenever you do have an internet connection available, go for the multiplayer mode to enjoy it with players worldwide.

Playing this game will make you feel like a king of a country who has to take carefully planned decisions, make strategy, make political decisions and take care of your civilian population. In Rebel Inc, you are given control of a rebellious region after a world devastating international war. You are given resources to improve the situation in the area under your control but how to use those resources to bring stability and to produce further resources is all up to you. You have to fight off rebels, make decisions on refugees, make military strategy and a lot more.

Rebel Inc. is a highly engrossing game and has ruled the charts for many many days. It is an absolute prized possession of a game to have on your smartphone and since it comes free and can be played offline on your Android smartphone, it is a no brainer to get started on it already.

This gameplay takes you the land of daemons and monsters, where there are no suitable kings and the kingdom has fallen into parts with each fending for itself. The monsters under the rule of the Witchmaster are ready to attack the lands and the people there. You have to play the role of a soldier in the militia and push back these monsters.

It is a turn-based RPG where you explore the lands and go on quests to gather weapons and armour. These weapons are going to come in handy in battles with the Witchmaster monsters in a turn-based attack play. The game also offers you the option of becoming the monster and attempt to destroy the village.

If you don't like story-based games, then Monument Valley just might be the right pick for you. It is an architectural game where you solve puzzles to help a princess find her way back home. It requires complete attention and therefore can easily take your mind off anything.

This game has won a lot of awards since it has released and each upgrade has only made it better. It is a great choice when you are travelling and are not interested in looking at the scenery or chit-chatting. It has 2 releases available - Monument Valley and Monument Valley 2, both are great but those who have played the first version still prefer to play that only.

Whether you like FPS, RPG, endless runner or simple card games, this list offers options to everyone looking for a good offline game to play on Android smartphone. With data rates increasing back to expensive levels again, it is a good time to look for offline games that help you pass your time with fun.