The year 2019 has just ended and the year 2020 has arrived with a larger dream. The new Dawn. Multiple innovations happened in the Technology world last year. Some of them brought great improvements in the market of personal gadgets and a few of them vanished without getting much attention. In the list of innovations, we can include smart devices as well.

If you go through the smartphone launches that happened in 2019 then you will find many new technology innovations, advancements and developments compared to the year 2018. So we can expect the same in the year 2020 as well. 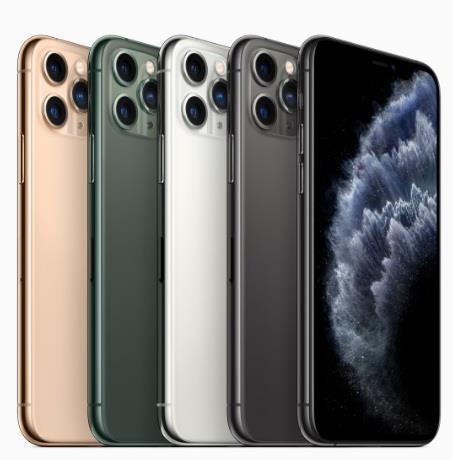 We have furnished the list of some of the best smartphones in 2019 and they have really pleased many end-users across the globe. It doesn't mean that the rest of the smartphones or the ones not included in this list aren't up to the mark. They have done good in terms of performance and pricing etc too. But, the phones mentioned below stand out of the crowd and have performed extraordinarily better in the competitive market and environment of today.

The first one is none other than the Asus ROG 2 smartphone. It was the first one to introduce 120Hz (refresh rate) compared to 90Hz phones from other competitors. The other outstanding features are AMOLED, Gorilla Glass 6, 6000mAh battery, etc. in a decent or less than expected price.

Yes. it is. One of the best phones with its quality video and audio recording and overall performance without lag. You will be surprised for sure if you use it.

It is no news when I tell you that the iPhone 11 series camera results, OS and performances are outstanding. There are slight changes in the performance of the iPhone 11 and iPhone 11 Pro due to different processors. The price of these phones will please you when compared against rivals devices.

Realme X2 Pro smartphone comes with a SuperVOOC 50W charge and it charges your smartphone within an hour. It also comes with a 90Hz refresh rate and 64-megapixel camera at a decent price.

One of the reasons to buy the phone is because it is powered by Qualcomm Snapdragon 855+ (855Plus) processor and is coupled with a 6GB RAM variant onward. The latest ColorOS7 enriches the device overall performance.

These smartphones are undoubtedly powered with various incredible features that won't disappoint their buyers. The phone is powered by Qualcomm's Snapdragon 855+ (855Plus), 7nm, Adreno 640 chipset and paired with 8GB of RAM.

The special is about WARP Charge 30T from this one. Other best things from the phone are, 6.55-inch, Fluid AMOLED, 90Hz, HDR10+ screen.

People who buy Huawei P30 smartphones cherish for its smooth performance. The brand's own processor and hardware setting will make you happy with your buying decision. You won't be disappointed with its performance, be that of its OS or camera or appearance or gameplay.

The phone sports a 48+20+8 megapixel Triple camera and 32-megapixel front shooter. You get 40W supercharge that makes sure that it spends very less time charging and more time serving you.

If we are listing the top smartphones annually, then there is one brand that gives tough competition to all. And this brand is none other than Samsung. The brand released different series of smartphones this year to come back to its top position which it was lost for a while. It is regaining slowly for sure by launching budget, mid-range, and high-end smartphones.

The Galaxy S10 series is outstanding for sure and its sale was huge despite its high price. It continues selling it for an unusually high price though its rivals started to decrease the price of their devices. It is obviously because Samsung is focussing not on the lower prices of Chinese rivals but on its premium American rival, Apple. The phone comes with Gorilla Glass 6, punch-hole front camera, wireless charging and Snapdragon 855 processor powered.

Google used to launch one or two smartphones every year. Whatever they do, it rivals used to face tough challenges from Pixel phones. Pixel 4 phone did the same thing this year. The camera and overall performance are superb. It stands uniquely in the market.

I know you were wondering when I will talk about Redmi Note 8. Yes, Xiaomi's Redmi is also in this list. One of the best smartphones from Redmi, Redmi Note 8 Pro is powered by MediaTek Helio G90T flagship processor. Whoever uses this phone isn't disappointed for sure.

It also has a 64-megapixel rear camera and Corning Gorilla 5 glass. A decent price and most features are packed in this smartphone. The gameplay and its result is beyond the expectation.

Xiaomi's Poco F1 was launched in 2018 and there was some expectation from its fans in 2019 for Poco F2 phone but no announcement has been made yet. So, little disappointment by its fans.

Hope you enjoyed the article and feel free to add your valuable input on the subject.