OnePlus, the company which is good at putting together high-end specifications at a cheap rate has launched another device called OnePlus 7T Pro. It costs around RS 54,000. You might think how that much amount of money became cheap? To answer that question, just look at the price and specifications of Samsung's high-end phone, Note 10 Plus and then compare it to the same of OnePlus 7T Pro. You will find that the Note 10 Plus costs about Rs 30,000 more and the specifications are less compared to the other. In that sense, we can say it's cheap because we are getting more than the specifications of such high-end devices at a reasonable price. Let's review the device in detail. 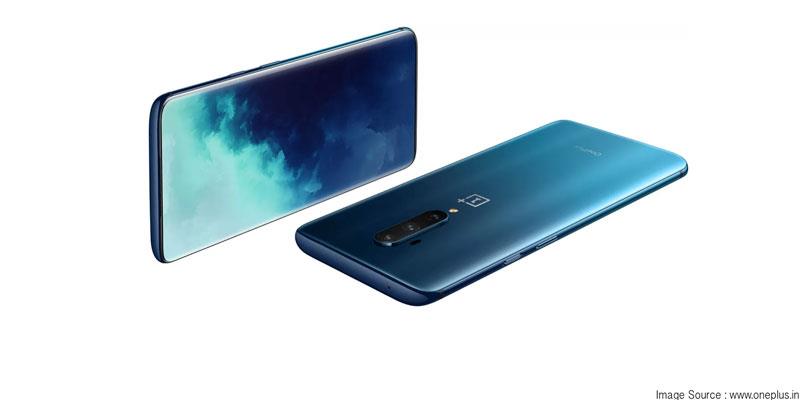 Design-wise, it looks similar to OnePlus 7 Pro and not OnePlus 7T. It has got the same vertical camera placement and pop up camera. We can't tell the difference between OnePlus 7 Pro and OnePlus 7T Pro except when it comes to color. This device comes with a new color haze blue and it's the only color option available. If you are so keen on wanting another color of the device, then there is another option called the McLaren edition. For this edition, you will have to pay a little more when compared to the normal edition. The only and merely noticeable difference among OnePlus 7 Pro and this device is the laser auto-focus part. In OnePlus 7 Pro, it remained inside the camera module and we never noticed there was such a thing. But, in this device, it stays out of the camera module and lies in the side close to the camera. Another major noticeable thing in the design of the device is the absence of the 3.5 mm audio jack. Like every other new device, this device also seems to follow the same path of removing the 3.5mm headphone jack. 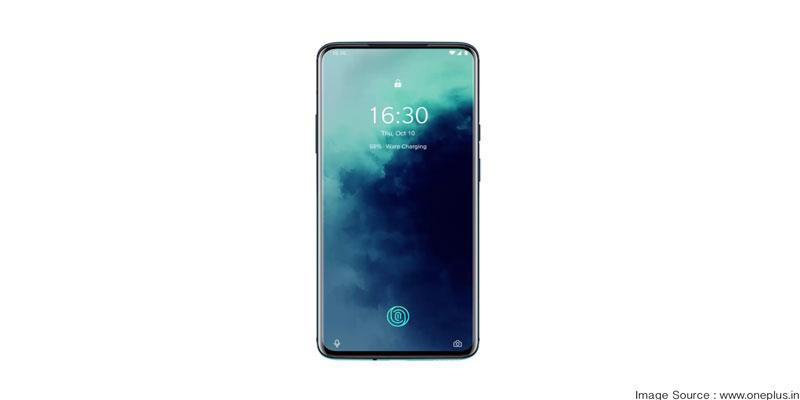 The OnePlus 7T Pro sports a 6.67-inch fluid AMOLED capacitive touch screen with 16 M colors and a pixel density of 516 PPI. Similar to OnePlus 7 Pro, this one too doesn't have a camera notch on the display and thereby offers a complete viewing experience added by a bezel-less design. The main highlight of this display is its 90 Hertz refresh rate and it's addicting. Navigating has never been this much smooth and once you try this 90 Hertz display, it's hard to move back to the 60 Hertz conventional display. But, it comes with a downside too. Spending too much time at 90 Hertz refresh rate causes the battery to drain faster than the normal 60 Hertz display does. For stopping the excessive drain of battery, you can always switch to the 60 Hertz refresh rate by going to settings. The smartphone also offers QHD+ resolution and HDR 10 plus which are some great addons to the already brilliant display. 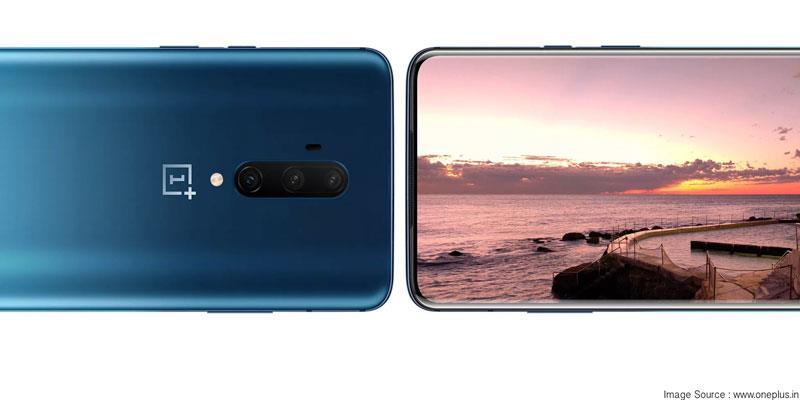 The OnePlus 7T Pro comes with a triple camera on the rear and a pop-up camera in the front. In the rear, there is a 48 MP main, 16 MP ultra-wide and 8 MP telephoto camera. Unlike OnePlus 7T, these rear cameras are placed vertically and not inside a circular bump. It's good that they never carried the camera design of OnePlus 7T to its Pro version, instead they copied the design of OnePlus 7 Pro which is relatively good. On the software front, there is nothing new worth mentioning, the one thing that stands out called Macro Mode was introduced in the previous version OnePlus 7T. In Macro Mode, you can take photos from as close as 2.5 centimeters with great details. As far as the front camera is concerned, it comes with a 16 MP motorized pop-up camera and performance is good, it pops up pretty fast when there is a need for taking photographs.

The OnePlus 7T Pro sports the latest Snapdragon 855 Plus chipset with 8 GB RAM and 256 GB of internal storage plus the mammoth 4085 mAh battery capacity. This hardware specification is enough for this device to compete with premium devices like Samsung's latest Note series. Not to forget, it has also got a 90 Hertz display which further cements its domination over other phones. But, the point here is that all of the feature above said is similar to its predecessor OnePlus 7T except the battery. Here, the battery is 4085 mAh when compared to the 3800 mAh in OnePlus 7T and the rest of the features are all the same. So we can't say that this version of OnePlus is a big update in hardware when compared to its predecessor. As for charging, it can charge sixty-eight percentage in just half an hour. They call this warp charge 30T and claims that it is some sort of intelligent charging which doesn't cause the phone to heat up and if there is any heat it just takes place in the adaptor instead of the phone.

With the latest chipset Snapdragon 855 Plus and Adreno 640, all the processes including gaming are incredibly smooth. Also, there is a dedicated gaming mode called the Fnatic mode where it pauses all other activities like notifications and incoming calls while playing. So, there is no need to worry that the progress you made in the game will be lost. When it comes to multitasking, the phone performs very well and app switching is really fast. We can keep as many background tasks and the phone will still run smooth. Then there is Dolby Atmos available to enhance the quality of audio in the device. Overall, the performance this device provides is excellent.

If you are looking for high-end specifications at a reasonable price, then this is the best option. It has got everything a smartphone user can dream of such as the latest chipset, triple camera, good battery, high refresh rate display and what else do we need? But, if you are already a OnePlus 7 Pro user then I don't think there is a need to update to this device. Its specifications are very much similar to this device with the only difference being battery and color. If both devices are placed side by side, we can't even tell the difference except when colors are compared. In the case of a person wanting to be a new user, this smartphone is a good choice and it's worth every penny. Not only that, you can save at least RS 30,000 if you choose this over the devices of higher brand value with same specifications.