Razer is a laptop and hardware manufacturing company that focuses on making quality products for both gaming and creative enthusiasts. Razer's laptops are mostly aimed at gamers who just want pure RAW power.

This year, the company is back with a new laptop. The Razer Blade 15, the company's smallest ever gaming laptop which is ultra-fast and ultra-powerful. The laptop comes with an Intel Core i7 processor along with the Nvidia Geforce RTX series processor. The laptop gained momentum and various awards from popular websites in consumer technology like Digital Trends, PC Magazine, Laptop Mag, etc.

We've divided this review into several sections for your ease of reading :

The Razer Blade 15 is available in 3 display types 144 Hz FHD, 240 FHD, and lastly the 240Hz 4K OLED with touch support. The touch version is only available in the 4K OLED version of the laptop. 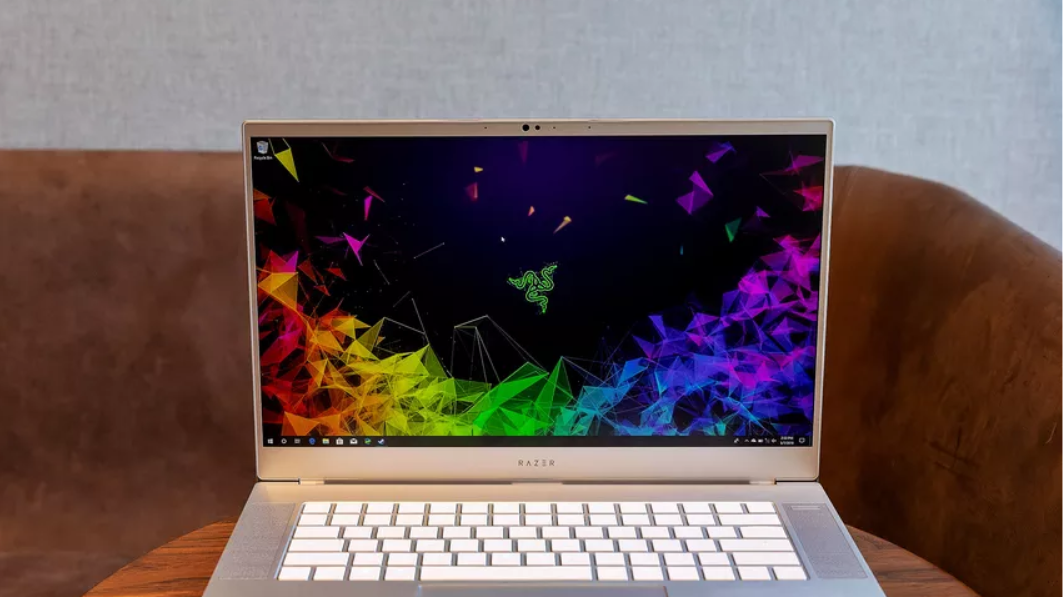 The laptop has a 15.6-inch display with edge to edge compact design and bezels of thickness around 4.9mm. The 240Hz variant of the laptop has smoother animation and feels much more fluid than the 140Hz though you might not notice the difference unless you are gaming. Another thing to note is that the screen has a matte finish rather than the traditional glossy display seen on most laptops.

Razer claims that the laptop has around 100% sRGB color gamut range but we got 99% during our testing.

If you have read the title, you might've understood that the laptop is ultra-thin compared to the competition in the gaming category. It's made from Anodized Unibody Aluminium Frame. The chassis is also made of aluminum even though it is as thin as 0.70 inches. The base model of the Razer blade 15 weighs at just around 4.5lbs which is incredibly light for a gaming laptop with an RTX card inside it.

The laptop is available in various colors and sleek and stunning to my eyes. The aesthetics are also pleasing to the eyes. The different colors available are Quartz Pink, Mercury white and the default matte black.

The Razer Blade 2019 has an infrared camera on the top of the line model, this allows for Windows Hello recognition to work even in the dark. The Razer blade 15 has an optical sensor inside the keyboard which allows for instant capture of your inputs. The top bezels are a bit bulky and the webcam is just a 1mp sensor and the quality is just way too bad. If you are planning to stream with the laptop, it would be better to shell out some more bucks for buying a decent webcam.

The keyboard also feels tactile and has a good travel distance. But since this is a gaming laptop, it requires to be a bit more tactile, although Razer has claimed that all gamers usually plug in external keyboards while gaming. Although that is a good explanation but having a bit more tactility could have been extremely useful for users who game on the go.

On the inside of the laptop, we can see Razer's custom made heatsink which covers the CPU and GPU followed by two fans on either side of the heatsink. Each of the fans has 44 Blade fins for high airflow and low noise.

The new Razer Blade 2019 comes with the all-new RTX cards from Nvidia. These provide the best possible gaming performance in the laptop market right now. As I have mentioned earlier in the review, the laptop comes with Core i7 9th Generation processor. The base model of the Blade 15 comes with the Nvme SSD+SATA option while the fully maxed out one has the Nvme storage with much greater capacity.

There are some new exciting features that come with the RTX cards, like ray tracing which produces more realistic light as well as reflection rendering which provides a more immersive gaming experience.

Gaming was pretty well handled by this powerful laptop. Demanding games like Shadow of the Tomb Raider ran with consistent 60 fps even at the maxed out graphic settings. But Ghost Recon Wildlands at HD maxed out settings couldn't reach the 60 fps mark which is considered as the golden standard in games for effective gaming.

A good amount of heat is generated and to cool down the internals the two fans spin at the highest setting which causes further noise when running graphic intensive programs. All these are common for gaming laptops, so they can't be considered as a disadvantage.

Also, both the base and the advanced model of the laptop have 16GB of RAM to allow for a smooth gameplay experience. The RAM's are not soldered on to the motherboard and can be easily upgraded to much higher capacity if you want.

The Razer Blade 15 has the same old 85Wh battery from the previous models and somehow the laptop managed to score better in the PCMark battery life test. Setting aside the PCMark test, the laptop performs really bad when it comes to battery power. Even though Razor advertises a 6-hour battery life, I could get only about 3 hours and too without much gaming.

This Razer Blade laptop comes with Intel Wireless AC 9560 wifi module along with support for Bluetooth 5.0 support which is a standard in this segment. 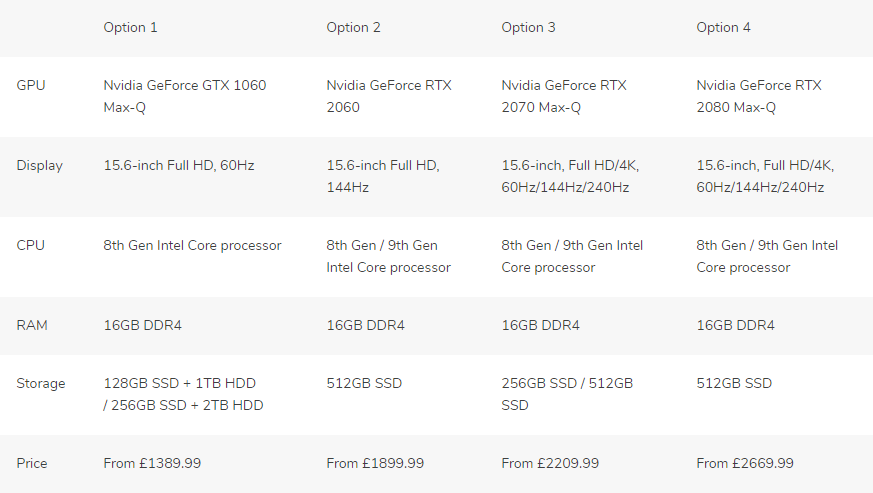 The most advanced and maxed out model of the blade 15 sets you back at a whopping $2,299 which comes with RTX 2070 MAX-Q gfx card along with 256GB SSD or another model with 512GB of storage. Both of these configurations have the same 144 Hz refresh rate. You can also go for the cheaper one with GTX 1060 Max-Q which is priced at $1,599 but it has a 60Hz display. There is another model with RTX 2060 GPU,144Hz d1080p display and 512GB of SSD storage. According to my, this model is the best for most users who are planning to get a gaming laptop with an RTX card.

Overall Razer Blade 15 is yet another amazing gaming laptop from Razer. Even though the design philosophy hasn't changed from last year's, I believe it is because some things are just perfect the way it is. As for Razer Blade 15, it stands out from the rest of the gaming laptops by not being bulky and not having a weird design but remains professional for non-gamers, as gaming laptops are intensely used by professionals who use video editing tools, or for even data scientists or AI developers.

Even the gaming performances are up to the mark, 4 different variants are available so that you can buy the one which suits your usage and minus the battery and keyboard issues, Razer Blade 15 should definitely be on your list if you are planning to buy a gaming laptop in the near future.