OnePlus is well known for launching smartphones with awesome specifications at an affordable price. This time it is OnePlus 7T, launched for just six hundred dollars. It's affordable in the sense that smartphones with similar specifications are nearly double the price of OnePlus 7T. One example of such a device is Samsung Galaxy Note 10. The OnePlus 7T is not only cheaper, but also has better specifications when compared to the overpriced Note 10. Maybe it's the brand value that increases the price of Samsung devices of the same or less specifications. With the features, OnePlus 7T has got, it is unfair to say that it lies in the middle of OnePlus 7 and OnePlus 7 Pro. It is an updated version of the latter. We can say that it is a low priced version of OnePlus 7 Pro with little more features which OnePlus 7 Pro will need a future update to get. Let's review the device in detail. 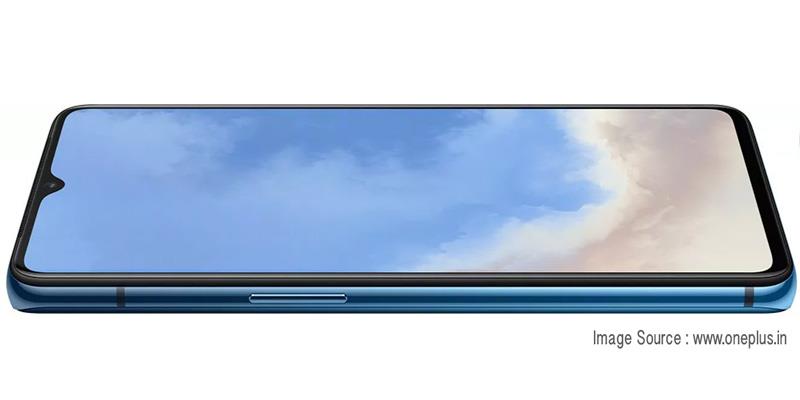 Design-wise, we can compare the front of the device to one of its predecessor named OnePlus 7. It's almost the same with only difference being the teardrop notch lifted a bit upwards interrupting less of the display. On the back, the design dates back to that of Nokia Lumia devices. With circular camera bump, it seems less attractive and fragile. Honestly, I didn't like the camera design and they should have gone with that of OnePlus 7 Pro, which is one of the most liked camera placement. Another thing that I wish they should have included is the curved edges instead of the bezels on the sides, it sort of improves the premium look of the phone. This is just my wish, maybe some people like the conventional display screen with bezels, who knows? Overall, the design of the smartphone looks good, when the camera bump is excluded. The two-color variants such as glacier blue and frosted silver also adds to the beauty of the design.

When it comes to display, we can say that it is the most important highlight of the smartphone which gives an edge over its competitors. They call it the fluid display. With 90-hertz refresh rate and HDR 10 plus technology, we can say that it's one of the most awesome displays a mid-range phone has ever got. People may ask why do we need such a high refresh rate display? The answer is if you use a smartphone of such a high refresh rate, you will be addicted to the smoothness and vividness that smartphones of similar price range fail to provide. Even the Samsung Galaxy Note 10 and 10 plus are only able to provide 60 Hertz refresh rate. Just by knowing what the Samsung provides for their superphone, we can see where the display of OnePlus 7T stands. As the display size is concerned, it sports a 6.55 inches fluid AMOLED full HD plus display with 16 M colors and a pixel density of 402. In spite of that, it offers Corning gorilla glass protection and super-fast fingerprint reader, which are some great add ons to the already dominant display. 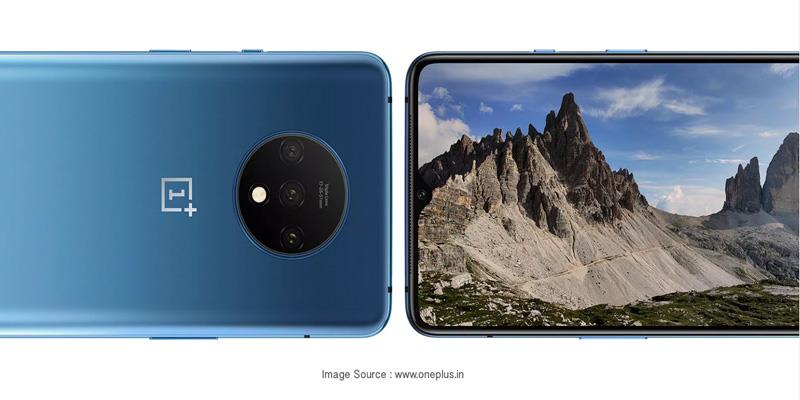 One plus 7T comes with a total of four cameras in which three are in the rear and one selfie camera in the front. In the rear part, it consists of a 48 MP primary, 12 MP telephoto, and 16 MP ultra-wide camera. All of the rear cameras are placed inside a big circular bump resembling that of the retired Nokia Lumia 1020 phone and this resemblance can only be seen in the camera design, not in the specifications. The OnePlus 7T sports triple cameras where the Lumia had only a single camera. When it comes to comparison, the phone that is fair comparing to OnePlus 7T is one of its own, the OnePlus 7 Pro with only difference being the telephoto camera. The OnePlus 7 Pro comes with an 8MP telephoto camera with 3x zoom in comparison to the 12MP telephoto camera with 2x zoom in OnePlus 7T. On the software front, there is a new feature available in OnePlus 7T called macro mode. In this mode, we can capture close photos from even 2.5 centimeters away. Talking about the front, it is equipped with a 16 MP selfie camera with notch. That is there is no popup camera which you find in OnePlus 7 Pro. For people who focus on full display without any obstructions, it might be a disappointment. Then, other people find a popup camera a bit irritating, for them, the camera with notch wouldn't be much of a big deal.

The OnePlus 7T houses the latest octa-core snapdragon 855 plus processor along with Adreno 640 GPU. It is the processor that gives OnePlus 7T an upper hand over the OnePlus 7 Pro which Costs about a hundred dollars more than the former. Another thing that sets apart the OnePlus 7T from OnePlus 7 Pro is the charging. They call it the warp charge 30T. The company claims the warp charge 30T to be twenty-three percentage faster than that of the warp charge 30 used in the OnePlus 7 Pro and you can charge the device from zero to seventy percentage in just thirty minutes. Not just that, the phone doesn't heat up while charging like most of the other smartphones do. Having said about the warp charge, the next thing that comes in your mind will be about the battery capacity, right? It has got a 3800mAh battery, just 200 mAh short of the one used in OnePlus 7 Pro. It's one of the areas where OnePlus 7T falls short when compared to OnePlus 7 Pro. Hence, the price difference. As the storage is concerned, it comes in two different versions such as 128 GB + 8 GB RAM and 256 GB + 8 GB RAM. If you go for the entry-level version which is the 128 GB + 8 GB RAM, you can save almost a hundred dollars.

OnePlus 7T runs on Oxygen OS, which is the customized version of Android 10. Focusing on performance, it works smooth and lag-free. It has even got the Fnatic mode, the super gaming mode where you can make the device concentrate on the task at hand. For instance, if you are playing games, you don't have to worry about calls and notifications coming. Imagine while you are playing PUBG and you are closing in on chicken dinner, then suddenly a call comes and you are left out of the game, how irritating that would be? To avoid such circumstances, this would be of great help. The 8 GB RAM on the device is more than enough for medium to hardcore usage. But, if you are doing a lot of gaming and internet surfing, you may need to charge at least once a day. The reason is that it got only 3800 mAh battery capacity unlike other smartphones like mi which provide 5000 mAh at a very cheaper price. Even though they are providing such devices at a cheap rate, it does not have anything else like OnePlus 7T has such as the Snapdragon 855 Plus and 90 Hertz display. Another important addition to the software is the Dolby Atmos. Through that, we can listen to more crisper and balanced audio. For people who love music, this is a great addition.

Verdict
Summing up, OnePlus 7T is a great device to buy. It has even got additional features than the more priced OnePlus 7 Pro with the only notable exception being the battery. For persons, who can't afford an iPhone or those who are looking for devices with more specifications at a cheap price, this is the one to purchase. OnePlus is very well known for providing great hardware for cheaper price and this time too, it's no exception. With 90 Hertz display and latest snapdragon 855 plus processor, this device is very hard to ignore.