The brand's executive said while launching the Realme 5 series phones, it has not completed the launches with just these two mobile phones but left one more and it would be introducing them within a short time. Yes, it is none other than Realme XT smartphone with different features. It is launching very soon as it has already been introduced in China.

Realme, Oppo's sub-brand that disrupted many other smartphone brands in the market has grown a lot within a year or so. Each device of this brand like Realme 1, Realme 2, Realme 2 Pro, Realme 3 series and Realme 5 series attracted youth across the nation.

Realme got huge sales and success from each model. It is a little hard to buy their device online with their flash sale or even offline with a long queue.

If you are interested to know Realme XT smartphone's features, technical specifications, launch date, price, etc. then you can find them over here. We have got some leaked information and some solid speculations about it. It's leaked image is also available right now. 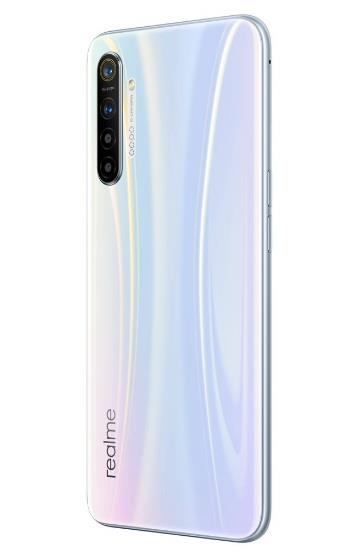 This phone could be powered by Qualcomm's Snapdragon 712 SOC chipset and possibly paired with 4GB, 6GB, and 8GB RAM variant. As per the leak, it is confirmed that the phone is coming with 6.4-inch AMOLED FHD+ Screen and Quad Rear Cameras of 64+8+2+2 megapixel.

There are a couple of additional features in the above phone compared to the just-released Realme 5 series. The phone is expected to come with VOOC 3.0 flash charger, and the world's first 64 megapixel camera phone in the market.

The mobile is also expected to be designed with Water-drop Notch display. It has an In-Display Fingerprint Scanner on top of this. One can enjoy as many features including speed performance etc. considering the specs they introduced it.

You can also see the Realme XT cell phone's first impression, review, and comparison, etc. once the phone is officially launched which is expected to be anytime son. Time being you can check its specs, price and launch date below.

Realme XT launch date: It is expected to be launched on 4th or 21st September 2019 or earlier.

Would you be interested to know more detail about the Realme XT phone? If yes, stay tuned for more updates on this.