Xiaomi has come up with a new device called Redmi K20 Pro, which is an updated version of the Redmi K20. It has almost all the features of a flagship device and is priced at only four hundred dollars. Cool, right?. Although it has all the features of a flagship device, the quality is still a little poor compared to that of other premium smartphones. In other words, we can say they are focused a bit more on quantity than quality. But, for the price of four hundred dollars, it's totally worth every penny. Let's review it in detail. 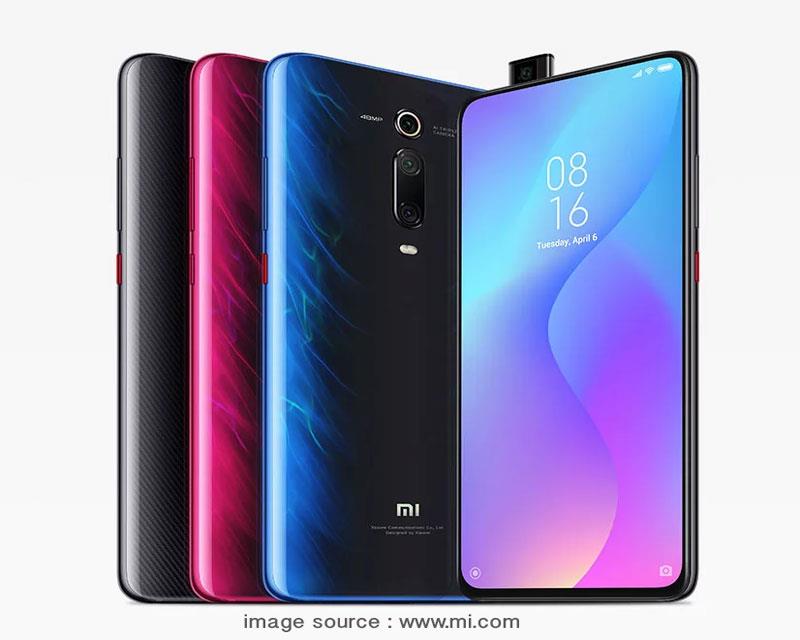 Design wise, they call it aura prime design. You can see why it is called like that when light falls on the back of the device. Talking about colour variants, it comes in three such as carbon black, flame red and glacier blue. You might be wondering "Is this aura effect applies on the carbon black too? ". Obviously, no. It's just plain black and no such thing as aura or anything. Another fun fact is that the design and specifications of this device looks almost same as that of the Mi 9T, both launched in June 2019. Only big difference between these two devices is the chipset, while the K20 Pro sports Snapdragon 855, the other one comes with Snapdragon 730. The build of the Redmi k20 pro is very good as they sport Gorilla Glass 5 on both sides of the phone. When it comes to display, the Redmi K20 provides a super AMOLED capacitive touch screen without a notch. This means that they provide a complete viewing experience compared to other premium smartphones of now, with camera working as a motorised pop up. Other notable things in design are the availability of 3.5 mm audio jack and lack of stereo speakers. Yeah, it's true. They have dropped the idea of stereo speakers and came up with mono speakers, that's a little drawback, but the decision to keep the 3.5mm audio jack is great when other phones are in the habit of dropping them from their design. Forgot to mention about buttons, they don't have any change. They are placed in the side of the phone just like a normal smartphone has. 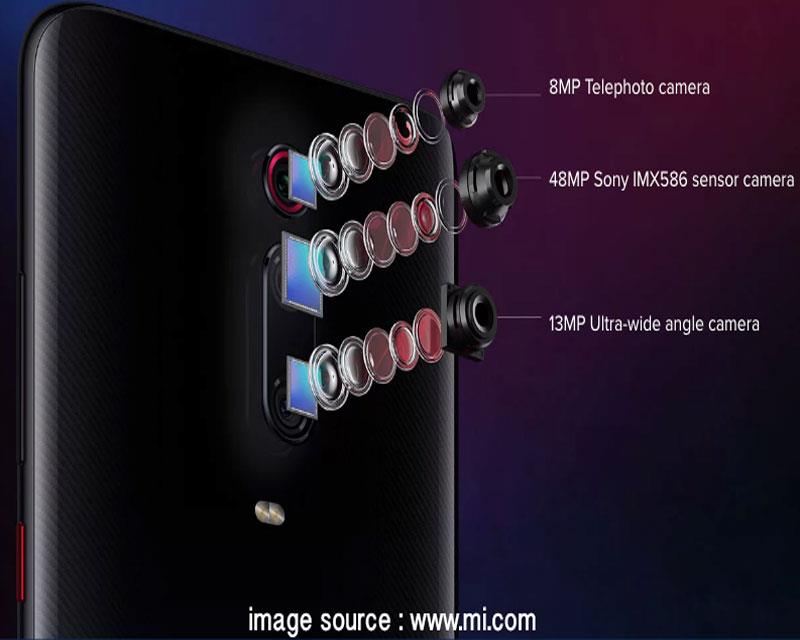 Like every other premium smartphones, this one also does not compromise anything on camera. Xiaomi Redmi K20 comes with triple rear camera and one pop up front camera. Rear camera consists of a forty eight megapixel main, eight megapixel telephoto and thirteen megapixel ultra wide camera which are comparable to the specifications of the high end devices like One Plus 7 Pro. The only difference between the camera of Redmi K20 and One Plus 7 Pro is the ultra wide camera where Redmi K20 provides thirteen megapixel, the other one sports sixteen megapixel ultra wide camera. When it comes to front camera, the Redmi k20 has a 20 megapixel motorised pop up camera with features like drop protection and press protection. It has also got one notification light in top of the pop up selfie camera in addition to the light in both sides. We can understand the purpose of light in the top of the selfie cam as to provide notifications, but the light in both sides doesn't make any sense. May it's just for making the device more attractive. As the performance is concerned, it can take quality pictures, but suffers in low and harsh light conditions. 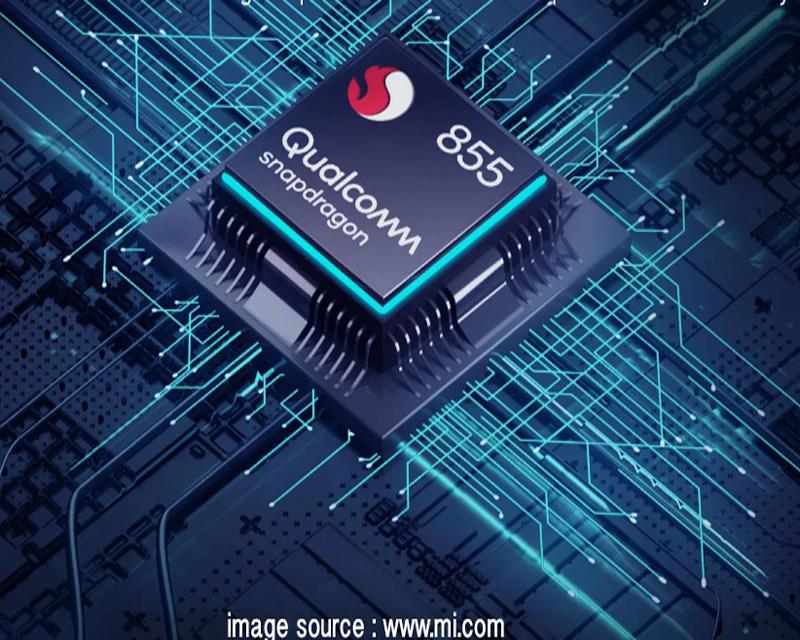 When it comes to hardware, the Redmi k20 Pro sports Snapdragon 855 processor with Adreno 640 GPU, that too for the price of Rs 27,399 or Rs 30,999. The choice is yours, whether you want to go for the entry level version that is 128GB storage + 6GB RAM or the little more pricey version which has 256GB storage + 8 GB RAM. When compared to other premium devices of same hardware configuration like One Plus Pro which is much more expensive than the Redmi K20, we can say it's the best value for our money. Even though they provide this much storage, it lacks expandable memory slot which is a little drawback. But, it matters less as the whole specifications nullifies such a small problem. As the sensors are concerned, they provide pretty much all of them including proximity, ambient light, accelerometer and gyroscope. The places where the Redmi k20 disappoints is the water resistivity and wireless charging. We would have hoped when the K20 was released that the next version of the device shall include such awesome features, but they didn't. Maybe we can hope it for the future versions and see whether this cycle of hoping continues or not.

The battery capacity stays same as that of the previous version Redmi k20. It comes with 4000 mAh Li-Po non removable battery and supports up to 27 W, where as in the previous version, it supported only up to 18 W. Though, it supports up to 27 W, they are shipping only with 18 W and if you want the former, then you have to buy it separately for Rs 999. Still, it's a fair deal. For a total price not exceeding Rs 32000, you get a flagship like device and that too with quick charge 4.0.

The performance is great! With snapdragon 855 and 8GB RAM, one can hardly complain anything about performance. The phone seemed extremely fast in switching between applications and multitasking. But, when it comes to gaming performance, the phone heats up a little bit more compared to other premium devices. It is important to note that this difference of heating is very narrow and isn't noticable if the person using the device hasn't used any other premium devices like One Plus 7 Pro. Games like PUBG and Fortnite work trouble free without any lag. Also, with the notchless display, the gaming experience is on great level. Redmi k20 pro runs on MIUI10, which is a customised version of Android Pie. The main highlight of the software is their new feature called Game Turbo 2.0. Its main purpose is to improve the game performance by supporting complex game environment sensing, smart system resource management, custom game parameters, custom game display enhancement, optimised touch response and so much more.

The phone has got almost all the features of a high end flagship device and that too for such an affordable price. Even though it has got all, it falls a little short of the quality that big players like One Plus provides. Still, for such a price, it's not bad and this difference in quality is very minimal. The most important thing they need to improve is the camera quality under harsh and low light conditions. Everything else seems fine. The Snapdragon 855, 8 GigaBytes of RAM, triple rear camera, awesome colour variants, 4000 mAh battery... what else we need to expect for such an affordable price? May be in the future, we can witness some more features for this price. But right now, this is the best option that can give us full value for our money.