Users were the major sufferers in this scenario. Acknowledging the suffering of the users, TuTuApp Store came forward with TutuApp Lite, which is a prototype version of TutuApp on a small scale and hosts the popular third-party iOS applications and games.

What is TutuApp Lite?

TutuApp Lite is a scaled-down version of TutuApp hosting popular third-party iOS apps and games. Until a permanent solution comes up against Apple's actions, users can utilize TutuApp Lite to download modified iOS apps without jailbreak. Though the number of applications is limited on TutuApp Lite, you will find most of the required apps present on the platform.

Moreover, acting upon the feedback of the users, the developers of TutuApp Lite are adding more apps and games on a regular basis.

Well! We cannot say the same surely. As of now, there are no complaints from the users regarding TutuApp Lite revocation. Hence, it is safe to say, that Apple is concentrating on the primary iOS App Installers like TutuApp, TweakBox, AppValley, and Ignition rather than focusing on the sidelines.

Therefore, you can go ahead, install TutuApp Lite, and download the third-party iOS Apps without worrying about the revocation status. 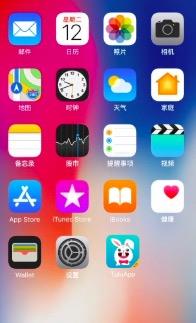 What are the advantages of TutuApp Lite over TutuApp?

Conclusion – TutuApp Lite on iOS No Jailbreak & No PC

This was all regarding TutuApp Lite on iOS. If you have any questions to ask, you can always reach out to us via the comments section provided below. We will be happy to help you.