The basic idea is all about helping in reducing the heavy traffic in cities and the ill effects that it comes with. This is truer in the metro regions like Bengaluru, Mumbai and New Delhi. In fact, the idea of carpooling was brought ahead by the companies like Uber and Carma in the US. This interesting as well as cost saving concept has become quite prevalent in India as well. Of course, there is still time for it to become even more popular. In any case, we will look ahead to the improvements soon.

So, here is our list of top 5 carpooling apps in India that should make it an excellent option to go with.

The app is quite user-friendly and finding the best match with experienced drivers is simple with an efficient rating system.
One of the feature we found interesting is the ability for the riders to rate the drivers anonymously based on the experience and safety parameters. However, you will need to pay in cash. You will need to bring exact change for making the payment. Online payment option through the app would have provided an excellent flexibility.

The app calls itself India's largest corporate carpooling service. It claims absolute safety to its riders. The app and the service tracks the driver ratings quite closely. In fact, every rider needs to submit a feedback on the app after each of their rides. Effective screening of the drivers is what makes it a reliable tool for riders.

One of the excellent carpooling apps in India, sRide was started by Lakshna Jha in October of 2014. In fact, the official website has shown that an effective carpooling can save over 11 billion gallons of fuel per year. The app is available both for Android and iOS devices. The best part - in sharp contrast to BlaBlacar app, it lets you make online payments through PayTM. And yes, do note that sRide also offers you access to Bikepooling options as well.

Meru is one of the excellent options as a cab service in India- just like Ola and Uber. However, what sets it apart from others is it lets you it also offers you carpooling services. Launched in Mumbai in 2007, it added the carpool functionality only recently. The service is available in over 23 major cities across India and expanding further. The strict verification procedure that the service follows makes it one of the best options in terms of safety and skills of the drivers. 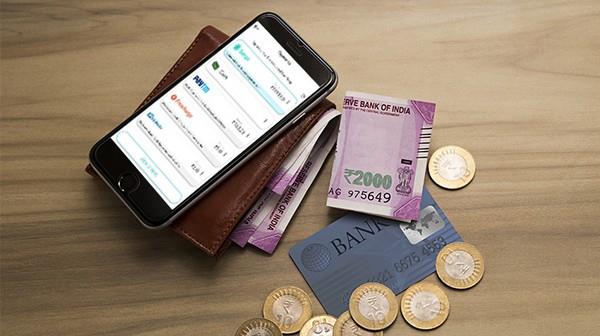 The company has partnered with major airports across India and claims to offer service to over 20,000 rides to the customers per day. In fact, the service was awarded as the Trip Advisor Traveller's Choice Award in 2013. Payment is one of the best as it supports both PayTM and an e-Wallet that works similar to Ola Wallet or other ride apps. Yet another feature we liked is you can check the fare quite well before you confirm your booking. The carpooling service has apps across multiple platforms like iOS, Android, Windows and Blackberry.

This is yet another excellent option that comes from a cab company that has already won the trust of the millions of Indians. You can book a cab and share it with the fellow commuters you would trust. And yes, you do not need to wait for other passengers, plan your journey accordingly or detour from a cab to achieve this, but can opt for an on the go by connecting with the commuters on the move.

You have the option of sharing your ride with as many co-passengers you would want to, and the best part is you would have the option to choose the co-traveller. In fact, the app lets you join a group of regular passengers based on several factors like your location, route and gender. However, OlaShare can be availed only in select regions across the areas where Ola operates its services. Yet another important information we would love to share with our readers is that an Indian startup, Ola is all set to start its services in other countries apart from India.

Last, but not the least on our list - this is yet another carpool service launched by the cab service that has garnered a name for itself. The service was initially launched in Delhi and Bengaluru. The service has launched across several regions where it has been running its operations. However, you may need to share the cab with the unknown riders, and you may have no options of choosing them.

Just choose the option Share Your car when you book a cab. You will find the fare available for the shared cab. If there are any other passengers on your route, they will be added to your trip; else the entire trip will be to your cost. In fact, the Uber app focusses on the sharing option that independent ride. You have the option of whether to choose carpooling or independent ride. Carpooling through UberPool allows a maximum of two seats per request.

Those were a few carpooling apps that can be quite excellent in their own right. Each of the rides come with their own features and services. However, carpooling is yet to take off in India - especially with female riders. It may take a while till the carpooling becomes a regular feature in India. We just assume that these apps featured here would work towards making it a reality. Of course, that is something that should help reduce cost and ease out the traffic on the roads.

Are you planning a tour to a near or distant place and want a iTunes app to help you plan the travel or guide you about the way during the travel? Read this article to know about the best iOS apps to guide you during your national or international travel

Check out the review of the rail travel app RailYatri.in. Know about its features, what new it brings to the list of the rail apps already existing out these and if it even supports your device or not!