You may have experienced this before: the sinking feeling in the pit of your stomach when you realize that a video record you are looking for has been damaged and is unplayable. It's no fun at all dealing with a corrupted mp4 video file, especially when you didn't realize that there was an issue initially. Whether you have the wrong video player or codecs, or there was an interruption while you were downloading the file, or even if you accidentally deleted the MP4 video yourself, there are ways to recover your video files. In this article, we'll be talking about how to fix corrupted MP4 files.

Note. If you are looking for more details about the different issues that cause corruption to MP4 video files as well as some advanced solutions to fix these issues, we encourage you to read this guide. 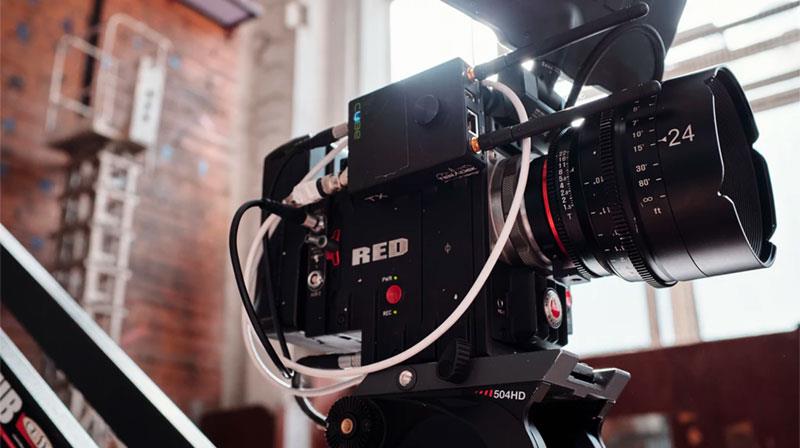 One of the reasons that mp4 video might not play is if the proper video codecs are not installed. You might be wondering what the heck a codec is. A codec, which is short for decoder, is used to encode and decode media files. Codecs are useful for reducing file size to play recordings on different devices, so you don't have such massive files. Here's the thing, though. You need specific codecs for specific types of video files. So, if you don't have the proper codecs needed for the mp4 file format, you're left with an unplayable video. This is not a difficult fix at all if you know what you're looking for.

If you can't play back an mp4 video on your device, the first thing you should try is to install either K-Lite Codec Pack along with Media Player Classic (for Windows users only), or the VLC media player (for Mac and all other platforms). Both the K-Lite Codec Pack and the VLC media player are absolutely free and come with the AVC/H.264 and HEVC/H.265 codecs needed to play mp4 video files. These apps also can be used to play virtually all other popular types of video files. Once installed, be sure to open your mp4 file with the new media player.

Another reason you might face issues with your mp4 files is because there may have been some type of interruption while recording a video. Probably most of us have been in the situation where our camera or phone was not as charged as we had thought before we started recording, and it dies in the middle of recording. Or what about this fun experience? You drop your device while you were making a recording and it shut off on you. Or maybe you were making a drone video and it crashed. These can all result in lost video metadata.

No big deal, right? You can at least have video recorded up until the point when your device shut off…right? Not necessarily. You see, when metadata is lost, the MP4 file isn't finalized properly. Hence, it will not be playable in media players.

Why does this happen? Well, metadata is written to the end of a video, so when you lose the ending of your video you also lose its metadata. You also lose indices, which are sort of like references for your mp4 file. Indices are used to mark important moments in your video. Have you ever tried to find information in a book when you were in high school or college? Instead of just randomly scanning the book hoping to find the information you needed, you likely turned to the index. Maybe this comparison can help you to see why indices are important to video files.

Fortunately, you can still fix corrupted mp4 files even if the indices and metadata are damaged. You will need a reference file if you want to recover this type of problem in an mp4 video.

Once you have your reference file, you will need to register for a free account at Restore.Media. Then, upload your reference file and specify the camera you used to create the file. Next you will need to upload your damaged mp4 video. Once this is done, you will run the service to fix the corrupted MP4 file and then preview the results that come back. If your mp4 video is fixed, then go ahead and download it and thank your lucky stars. If the video wasn't fixed automatically, your next step should be to ask for manual processing from one of Restore.Media's engineers.

The File Has Been Deleted

Accidentally deleting files has to be one of the most heartbreaking ways to lose a video file, and it happens to be one of the most challenging issues to resolve as well. If your mp4 file has been deleted, you can make the effort to bring it back. However, the results from this are not always perfect and, not to frighten you or anything, but if you don't do this correctly you can make your problem worse than before. You might wonder what's worse than having an unplayable mp4 file. Well, if you have a file you can't access, there might be someone who can help you. If you try to undelete a file and do it incorrectly, you might corrupt the video even more by modifying or overwriting the file to such a point that it can't be retrieved.

It's not always possible to recover deleted mp4 video files. When you try to restore the data, you may only be able to restore a portion of it due to file fragmentation. If you can only recover a portion of the media this means that your mp4 video will miss video frames. You may also, unfortunately, find that junk data has been placed into the file you have undeleted.

So, before you get started doing anything to recover your damaged mp4 video, you need to make sure to create an image (.img) of your storage media as soon as possible. In fact, the less changes you make to the storage media that has your "deleted" mp4 file the better the outcome usually is. If your mp4 file is stored on a flash card, such as SD, the image (backup) should be in the .img format, not .iso.

Once you've created an image file, you can upload it to a file sharing service, such as Google Drive, or Dropbox, and then email it along with a short description about the issue to Restore.Media. Restore.Media's professional video engineers will analyze the image file and let you know if your MP4 video file can actually be fixed. If so, then you can order the recovery service.