Asus budget phones were not really budget phones back in the day. They were priced high for basically nothing. But it ended in 2018 when Asus decided to get serious. The Asus Zenfone Max Pro M1 was what Asus used for their comeback to the Indian market. This phone was made to compete against the likes of Xiaomi Redmi Note 5 Pro and it gave a really good fight. But just like all the phones from 2018, it got soon replaced by the Asus Zenfone Max Pro M2. The new upgrade smartphone trend has gone wild but should you actually upgrade or more over should you buy a fresh unit in 2019. The answer is yes and I will tell you why. 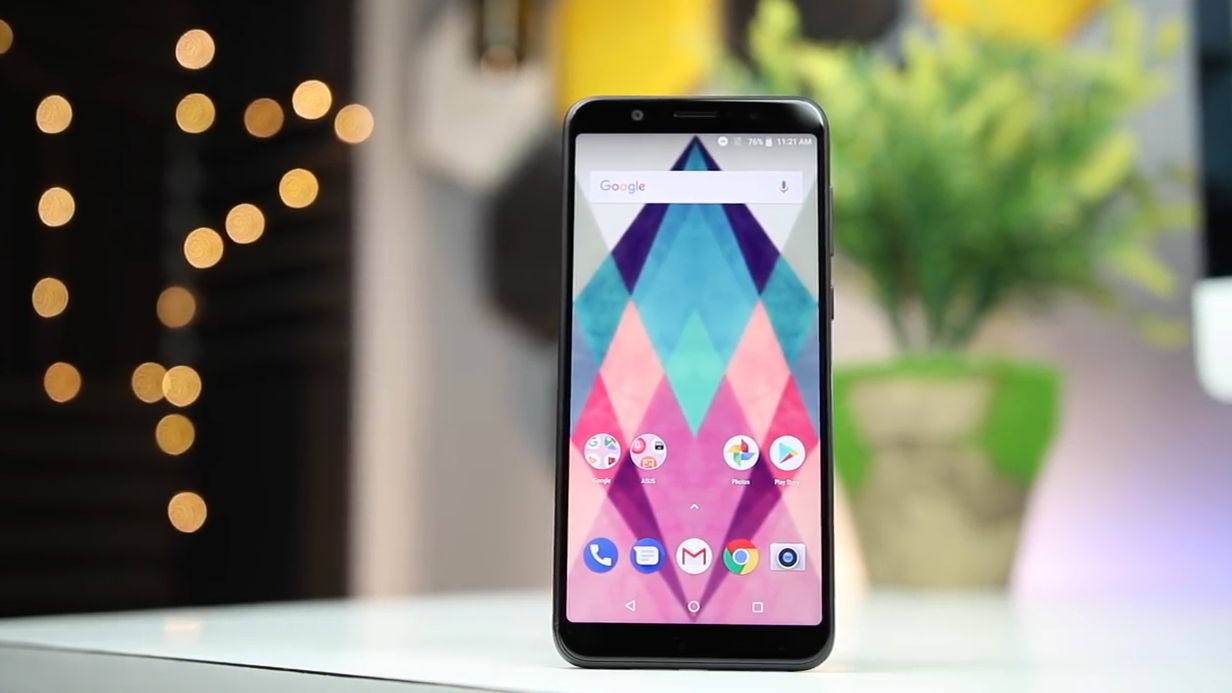 If you are going against the biggest meanest budget phone in the market you better have some tricks up your sleeves. And at that time Asus made sure the Asus Zenfone Max Pro M1 is fully equipped to take on the Xiaomi Redmi Note 5 Pro. It has come with the all-new Qualcomm Snapdragon 636 same as in the Xiaomi Redmi Note 5 Pro with either 3 GB, 4 GB or 6 GB of RAM (LPDDR4X) with 32 GB Internal storage on the 3 GB variant and 64 GB Internal on the 4 GB and 6 GB variants. 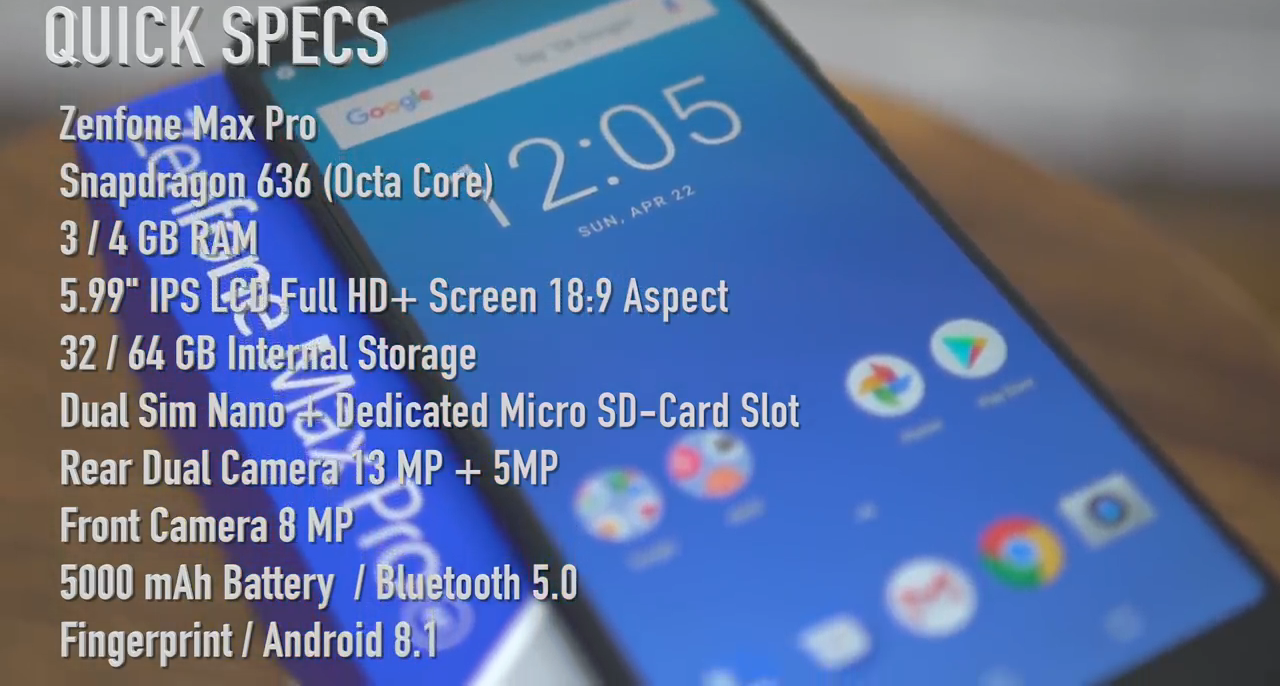 It has a 5.99 inch FHD+ IPS LCD display which is really good even when compared with phones priced higher at that time. It came with a 5 Magnet Speaker which is really good in terms of audio quality through the speakers. Powering all this is a massive 5000 mAh battery which lasts one day pretty easily in average daily use. 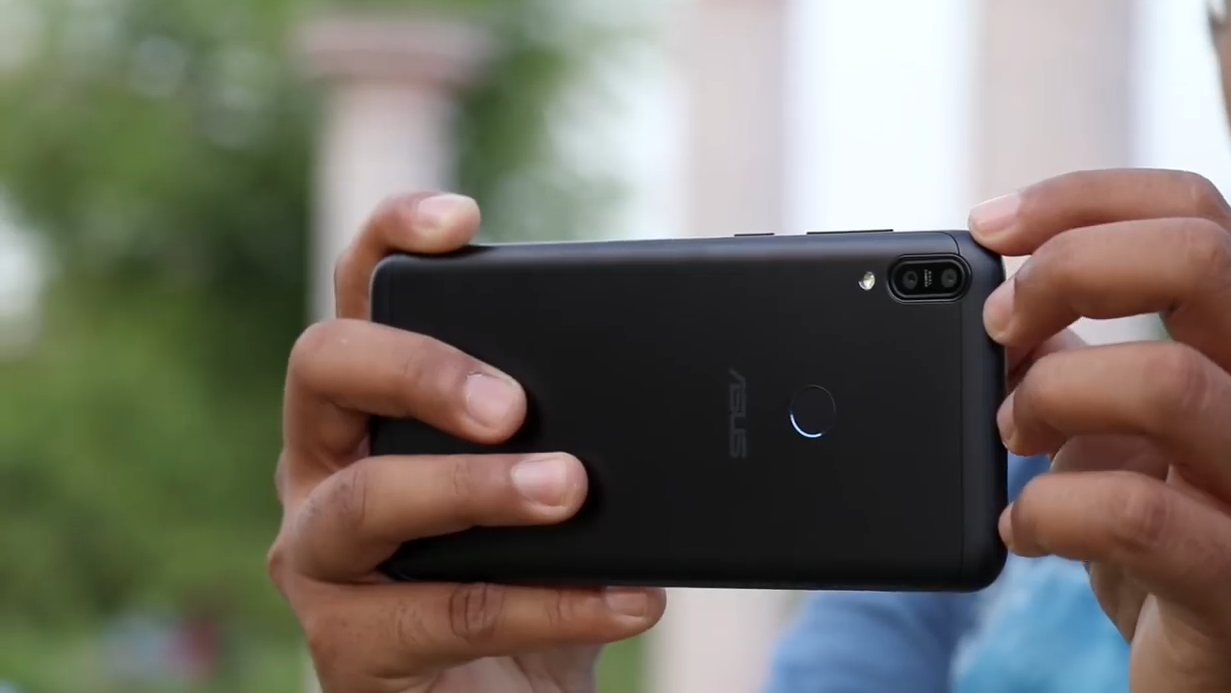 And talking about negatives it has a slow fingerprint scanner which was kind of fixed with some software updates. With these specs, it seemed like it could take on Xiaomi Redmi Note 5 Pro and it did beat it in some places but the Redmi Note 5 Pro was a better choice. But this phone today comes for a really good deal because now it is has gone massive price reductions and is now available for the starting price of Rs 8,499 for the base variant.
So why should you consider to buy this phone?

This is one of the main reasons why I even thought of buying it back in 2018. At a time when competition gave out one major Android update that too really late, this was something most of the users loved to hear. Most of the phones released back in last year will not get Android Q.

Do not get me wrong but you can spend around the same money and buy maybe the Redmi Note 7 under the 10 K mark which has a better processor the Qualcomm Snapdragon 660 but the Qualcomm Snapdragon 636 is not far behind in terms of performance in day to day use and also in gaming. These 2 chips are really close in terms of benchmarks and there is not a lot of gain in power if you ask me. 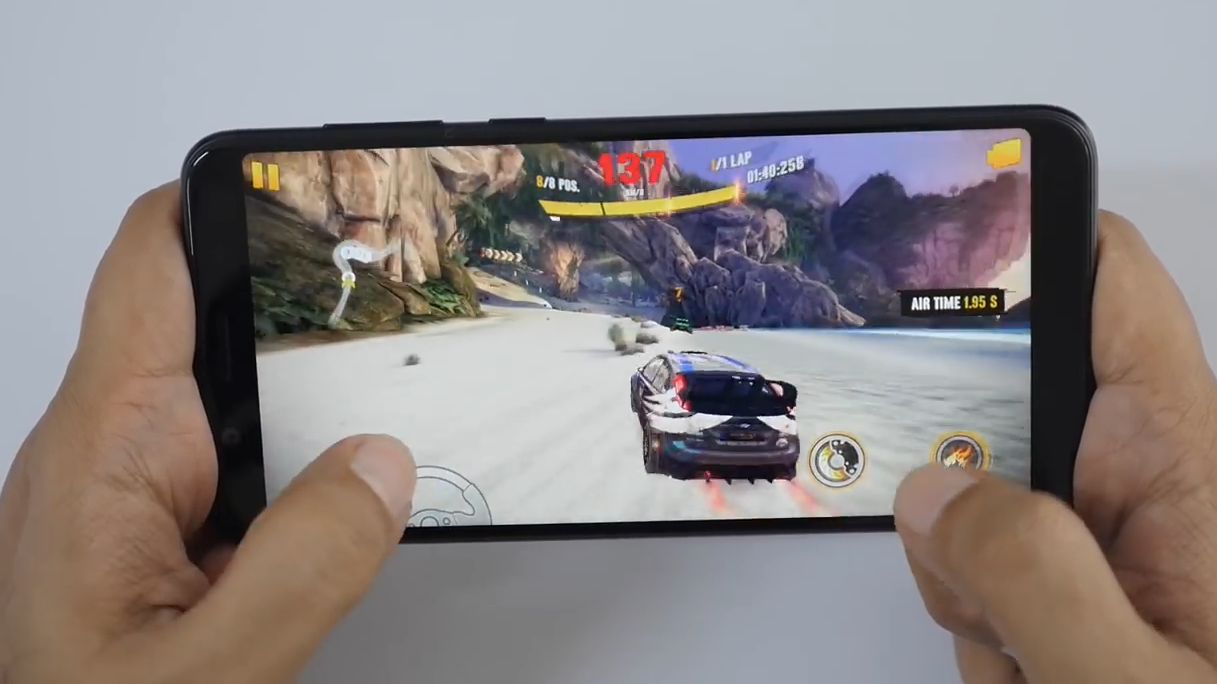 Even though Asus still calls it Zen UI the Asus Zenfone Max Pro M1 comes with pure stock android with some additions which does not hinder the experience but in fact enhances the user experience. It is a fact that a lot of people love stock android as it is minimal and light even though it comes with no extra features.

Even though this phone looks dated in terms of looks and has the boring old metal build, the way it feels in hand is really good. A 5000 mAh battery phone weighing really close to the Redmi Note 5 Pro at that time was considered really great. Though it has no Gorilla Glass, this phone can take casual wear and tear pretty easily. 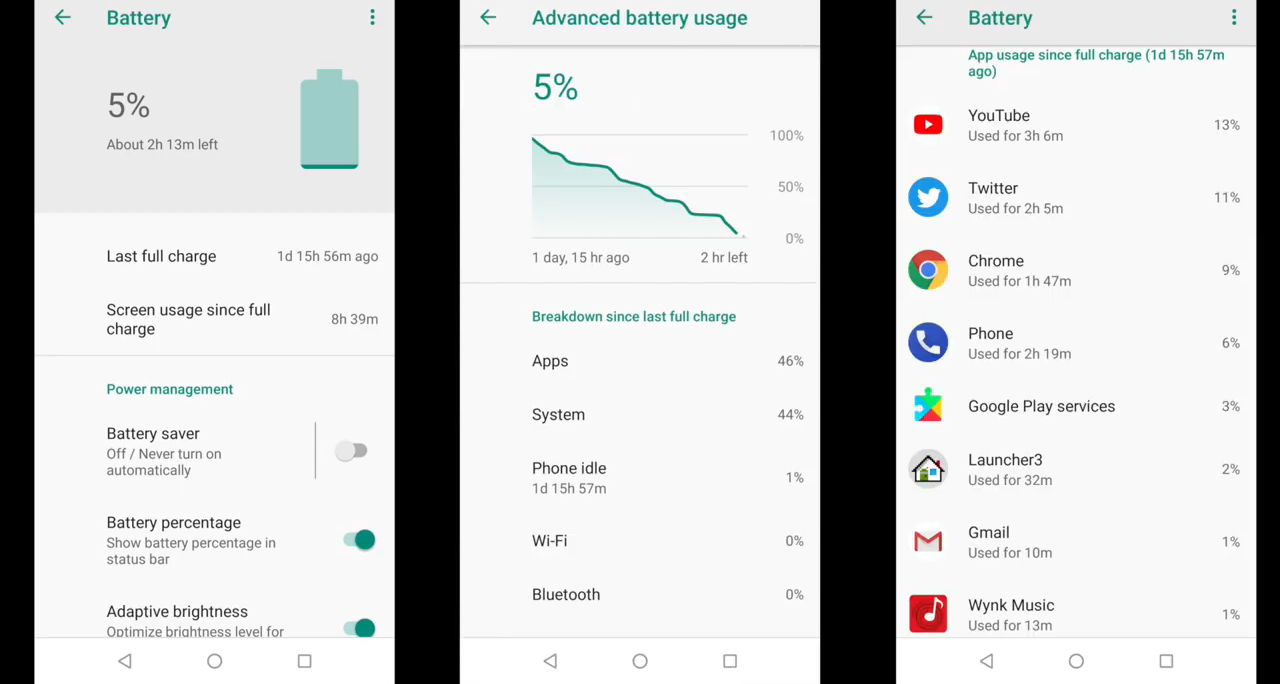 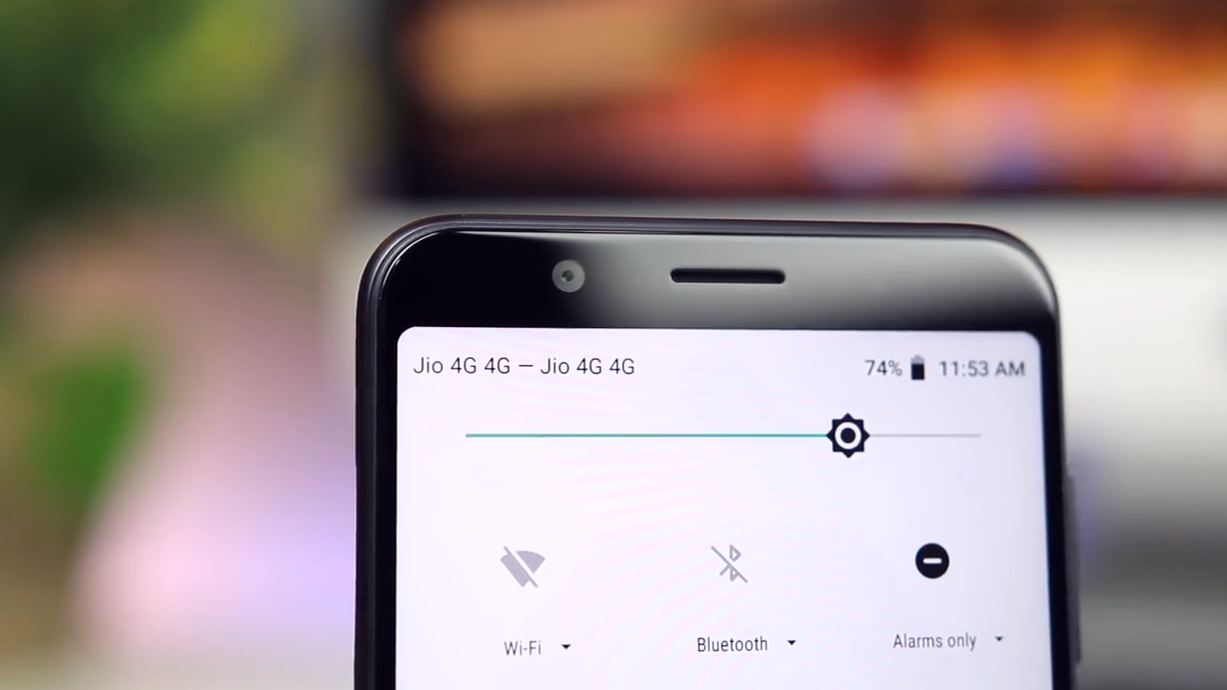 There are only a few phones under 10K which are really good and this is one of them. The MediaTek Helio P70 on the Realme 3 might be better in terms of raw performance but I prefer a Qualcomm processor as it is way more stable and gives consistent performance throughout. The Redmi Note 7 might seem better in terms of everything but stock Android lovers can go with the Asus Zenfone Max Pro M1 without the fear of losing out on performance that much. Starting at Rs.8499 for the 3GB variant it is pretty decently priced now.

These are the reasons why you should consider this phone in 2019 or if you own one why you should not upgrade and save the money for a future upgrade.
Although this phone has really good positives there are negatives which made it lose to the Xiaomi Redmi Note 5 Pro back in 2018. The slow fingerprint scanner was a major problem when phones cheaper had really fast ones. Though the upgraded setup on the 6 GB one was welcome it also failed to hold on its own and it was late to reach the market. 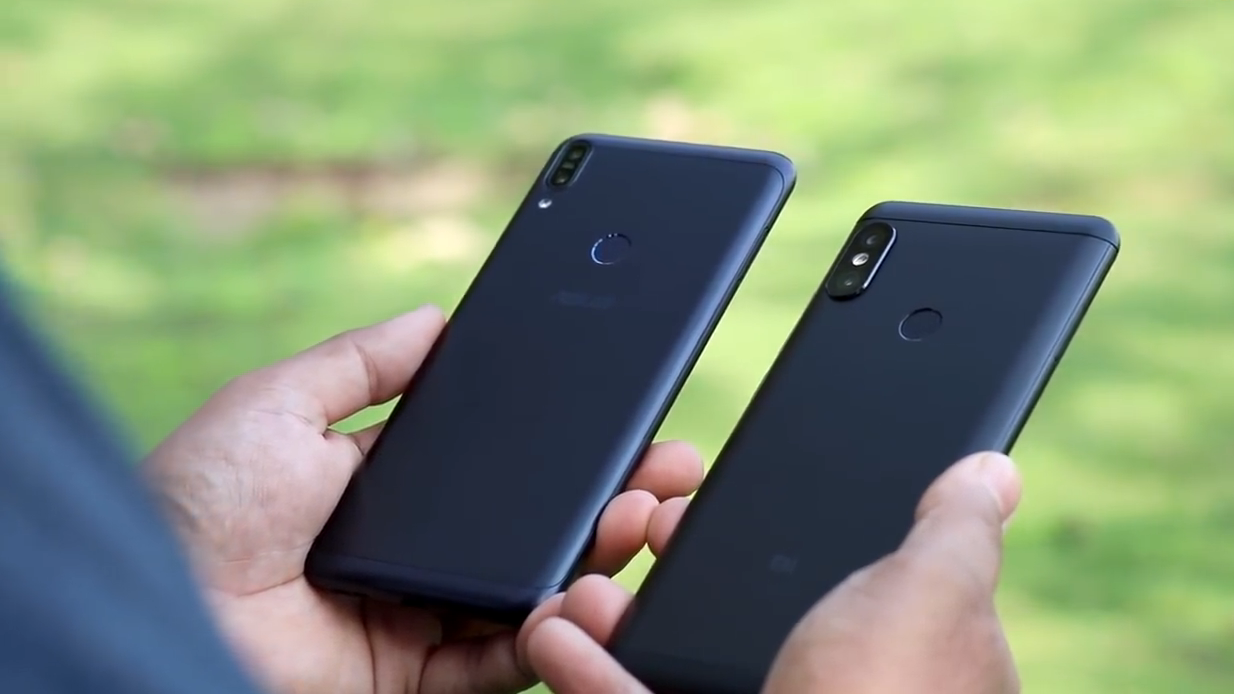 If you are brave enough to unlock the phone and enable Camera2API, then the camera will also perform really well. I am not sure if there is a workaround without unlocking the phone but if there is a way to enable Camera2API then I recommend opting for that unless you want TWRP installed. The 5000 mAh battery sometimes performs inferior to 4000 mAh phones, this is a rare phenomenon and it can be easily fixed over an OTA update.

So should you buy it in 2019? Yes, because why not. It does everything you need and it is still a pretty decent phone. But if you are a tech geek better go with the Redmi Note 7 as tech wise it is a beast. If you own this phone I recommend not upgrading for a while and wait and save some money for a better upgrade. I personally recommend going with the 4 GB one or the 6 GB one because 3 GB of ram is not enough for 2019 usage. If you're a Stock Android lover and is on a budget but is afraid to spend money on the last year phone then you have nothing to worry as this phone does not feel old yet and you can be sure you are not missing out on anything.