IoT or Internet of Things has emerged as the latest trend among tech lovers. It is gradually picking up the pace and many people have started adopting it globally. As you might know, IoT involves various interrelated devices connected over a network. These devices with unique identifiers have the ability to transfer data without human interaction. These devices or 'things' can be anything from a computing device, a human with embedded electronics or a smart gadget. The goal surrounding IoT is to make things around us smart and make life easier with automated delivery of services.

For instance, we can talk about building a smart house with all the many smart connected devices. Building a smart house on the concept of IoT could seem like an easy pursuit but securing it may not be an easy task. Security for smart devices in home networks is challenging. If you are reading this, chances are that you might be looking for the best ways to ensure security for your smart devices. 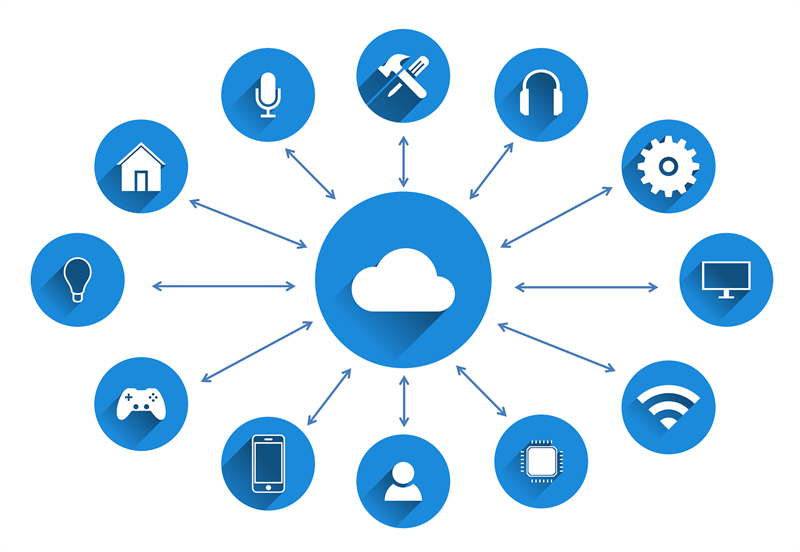 In this article, we will discuss the different ways in which one can address all the concerns on IoT security for home networks. This includes many best practices to follow that can be quite helpful. Let's go ahead and discuss them in details below.

How to secure a home network?

It is obvious that all the "things" that we talk about would collect and exchange data. These interconnected devices also connect to the Internet as part of being smart. As such, security concerns from cyber threats are obvious as not all devices provide the same security level.

IoT may be transforming lives, but following best practices will pay off while making the most out of it.

Since IoT works over a network, the router is the primary gateway that can be the most vulnerable. Hence, securing the router first with the best possible encryption and security details should be the key goal. This includes keeping its firmware up to date and locking it up with a strong login credential and encryption method. One must also be vigilant while granting any special permission that may seem fishy.

Moreover, while purchasing a router to set up a home network one must stress on buying one from a reputed brand. Most new routers in the market have enhanced security features. Hence, if having an old router one must consider making an upgrade soon to have more of an advantage.

Another old school tip on securing IoT network would be to create a guest network for all other things. This way, the IoT network can be made private and secured more effectively.

IoT is growing rapidly and so are the varieties of smart devices available in the market. These devices are also vulnerable to cyber threats including cryptojacking and device hijacking. In an IoT network, a vulnerability in one device can pose a serious threat to the whole network of smart devices. For instance, a vulnerable device may also be subject to launching a remote DDoS attack.

In order to safeguard the security of IoT on home networks, it is recommended to stick to reputed brands. By getting smart home software from known players, one can be assured that security loopholes, if any exist, will be addressed sooner or later. Most brands like Samsung, LG, and others periodically push security patches to fix all the flaws in their devices.

It is also a good practice to configure the devices properly after going through their user manual.

While using these IoT devices, one must ensure that none of the devices have any unnecessary web access or special permissions. If you think that a particular feature of the device need not have internet access, you can easily disable it. Specifically security cameras or home assistants are among the most vulnerable. Hence, to ensure that conversations or visual feeds are not hijacked one must secure them outright.

Other than the above, one can also check on the level of security on home networks by using IoT scanners.
What are IoT Scanners and are they worth using?

IoT Scanners are just software that identifies vulnerabilities and can sometimes also fix them. It can alert you if your device is being hijacked and used for launching a DDoS attack. Since the ecosystem of connected devices in an IoT network can be complex, an IoT scanner can prove quite beneficial. IoT threats like Windows-based Mirai botnet proves how IP cameras or routers can easily be attacked. Hence, it is an effective way to keep your network secured and devices malware free.

But before considering its worth, you must be interested to know how much does an IoT scanner cost? Well, there are both free and paid offerings when it comes to IoT scanners. Here, we will be talking mostly about using a free IoT scanner for securing home networks. Software from different developers is available in early access or beta stage but is still effective.

Bitdefender Smart Home Scanner & Bitdefender BOX
The smart Home Scanner is a free and fast WiFi scanner on Windows for home networks. It restricts privacy intruders and lets you know who is connected to the home network. Thus, unknown devices can be easily identified and restricted from the wireless network. The best part of this free home scanner for IoT is that it gives real-time updates on any new devices being added to the home network. Besides it also scans for any open port within the network that may have security concerns.

One can download Bitdefender Home Scanner for free from its official site, and it is around 33MB in size. 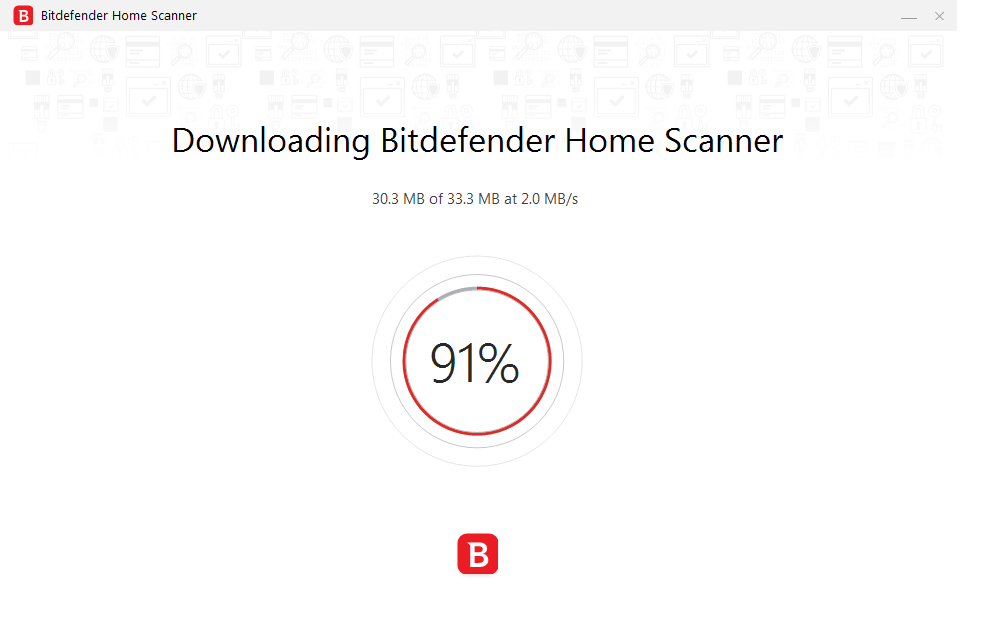 Once downloaded, read the terms of use and start installation. Remember to either opt for or opt out of sending anonymous reports to the server as per preference. 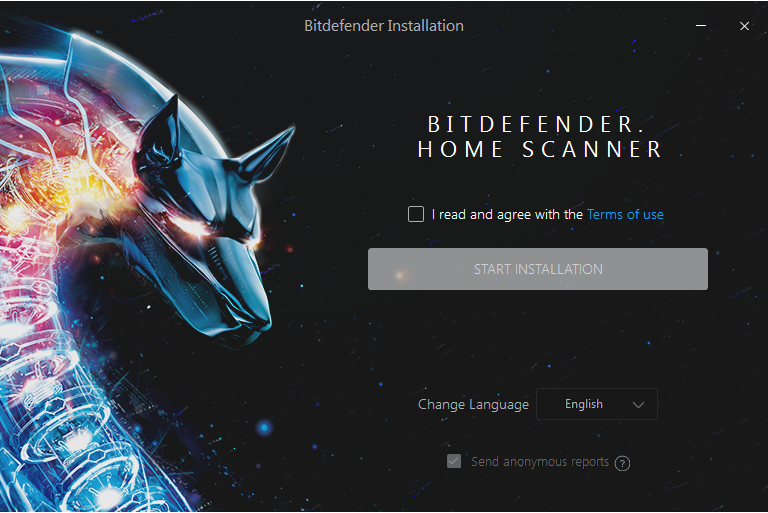 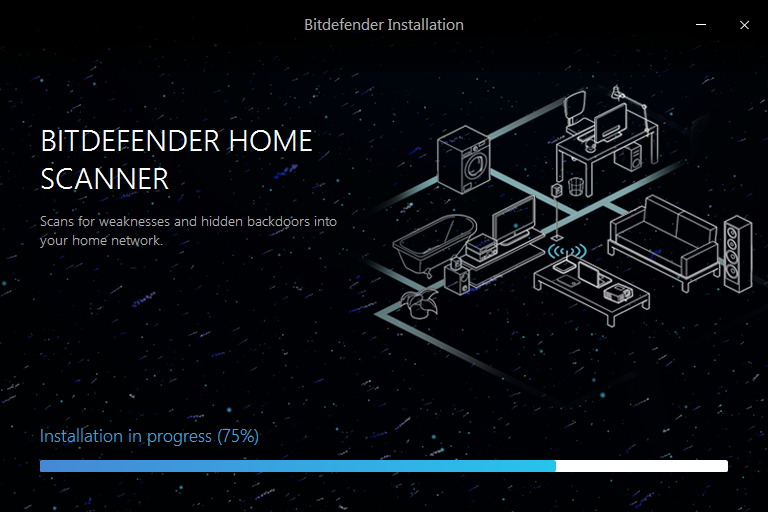 On the first run, one has to go through the signup/sign-in process. It can be used thereafter to find out weaknesses and hidden backdoors in the home network. It is also capable of identifying software vulnerabilities and alert you about any new security flaws.

In addition to the above, if you prefer a premium solution that comes with some guarantee and trust you can look at Bitdefender BOX. It is a Double-Clad Home Network Security appliance that offers protection to the entire home network. Unlike a simple free IoT scanner, the BOX is more capable in delivering enhanced security. It can block malware & hacker attacks and secure privacy for all the connected devices. It is a hardware device offering lightning-fast connectivity and that responds instantly to threats. The 2nd generation Bitdefender BOX serves as a smart firewall and comes in with a monthly & yearly subscription plan.

In other words, the Bitdefender BOX is an IoT Security Solution for all connected devices. Opting for the Bitdefender BOX will ensure complete security for smart devices and solve all your security concerns. While a free scanner is helpful, a comprehensive, paid alternative is however more capable and worth the money spent. 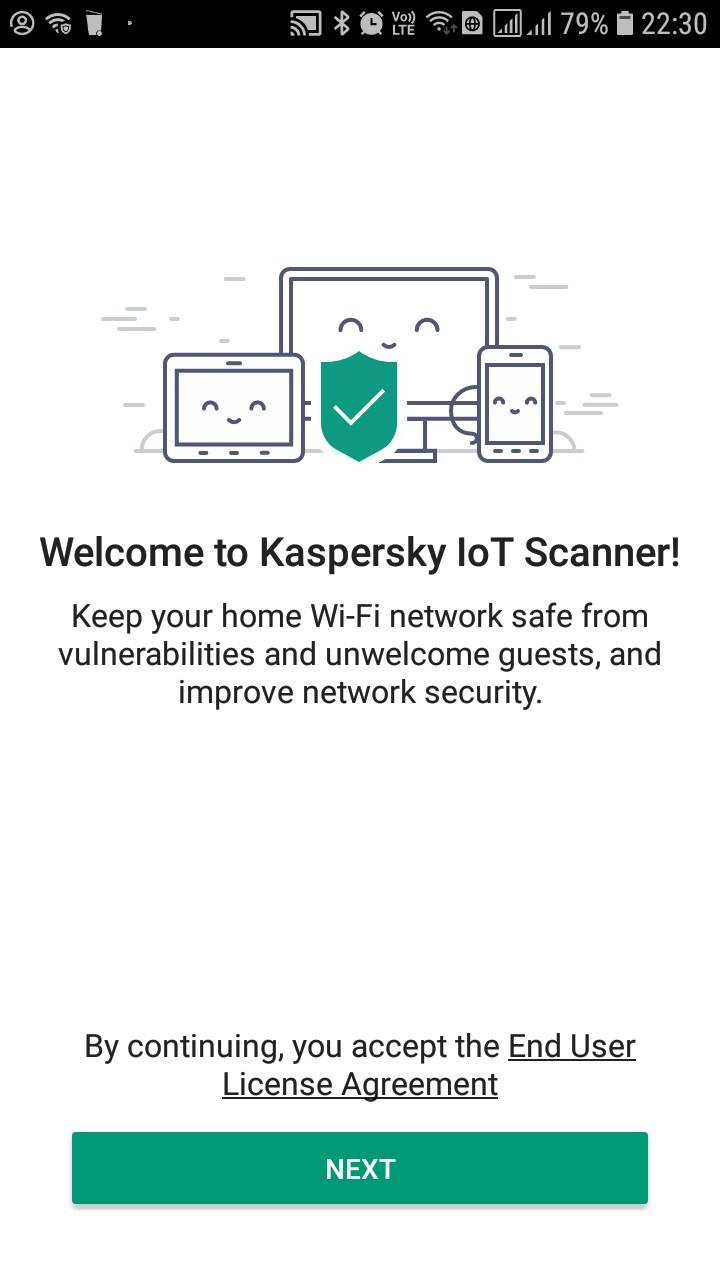 One can easily download free IoT scanner on Android by Kaspersky from Google Play Store. It analyzes the Wi-Fi security level and also detects any vulnerable open ports on devices. The login credentials are also analyzed to detect weak logins & passwords.

Another convenient feature is that it alerts you when any new device connects to the network. This way one can easily keep track of devices connected over their home network.

In addition to the free Kaspersky Smart Home & IoT Scanner, there is one called the Mirai Scanner for IoT by Incapsula. It is a paid IoT scanner software but one can have a free trial scan from its website. It probes and identifies all the devices that are connected over the same TCP/IP address. In doing so, it can check if the network hosts any device that is vulnerable to Mirai injection attacks.

Another noteworthy free IoT scanner available over the internet is the Bullguard IoT scanner. What this application does is that it checks whether Io- connected devices are public on Shodan. For people who are not aware of Shodan, it is the first search engine in the world for devices connected over the internet. It offers both a normal scan and deep scan features.

The normal scan is fast and straightforward.

But the deep scan did take a few minutes to complete. A deep scan is highly recommended for optimal results and to ensure that the network is secured and devices are not running malware.

IoT is going to be the next big thing in the field of technology. With the 5G connectivity round the clock, IoT is undoubtedly the future we are heading towards. Even Intel vide a tweet projected 50 billion "smart" things by 2020. However, the excitement won't last long with just building a smart home with IoT. The perfect achievement would be to build a smart home which is equally secure over IoT.

It's too early for more dedicated security software for IoT home networks. But the free IoT scanners available as on date are quite capable and worth using. Along with these tools, some best practices will almost certainly keep you away from trouble caused by cyber threats.

We would like to ask our readers about their opinion on the security of IoT devices on home networks. Do drop your views and experiences on the comment section below.