PM Narendra Modi on 19th Feb 2019 inaugurated a supercomputer named 'Param Shivay'. According to MeitY, Param Shivay is the first Super Computer built under the National Supercomputer Mission. This supercomputer is built at IIT-BHU, Varanasi. It is known that the overall cost of the system amounts to Rs. 32.50 crores approximately. C-DAC in association with French company Atos had developed this supercomputer under NSM. This project also supports the Govt.'s Digital India or the Make in India programme. After its inauguration, it is evident that India will be at the forefront of the supercomputing arena of the world. India's ranking in the supercomputing map out of Top 500 was No.15 on November 2018. This ranking is based on Rmax which was recorded at 8,358,996 Gflops for India. 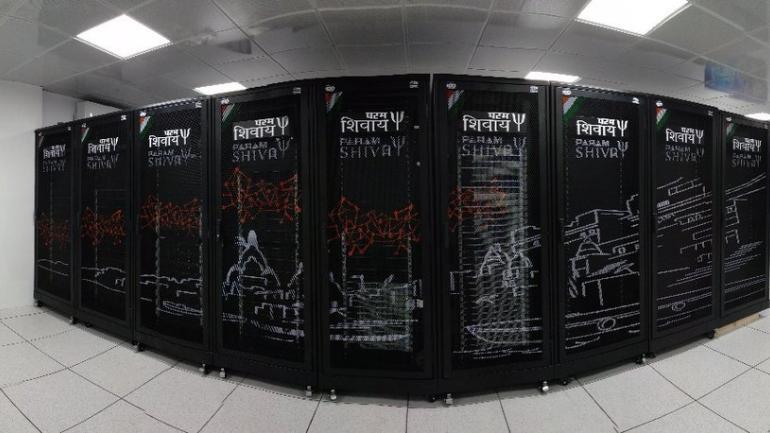 What is Param Shivay supercomputer?

Param Shivay or what is also being searched as Param Shivam supercomputer by many on Google search is a supercomputer developed by India. It is a part of NSM which is a 7-year plan being led by the Govt. of India with a budget of around Rs 4500 crores. This supercomputer is named after Hindu God "Lord Shiva" and prefixed by PARAM. The prefix is actually a series of supercomputers machines that are designed and then assembled in India by C-DAC. PARAM 8000 released in 1991 is the first in the series that had 64 CPUs. It was equipped with technology such as Inmos T800 Transputers & Distributed Memory MIMD. Before the release of Param Shivay, the latest in the series was the PARAM ISHAN. It was jointly developed by C-DAC & IIT Guwahati and released on 20 September 2016. It had a capacity of 300 Terabits and speeds around 250 TFLOPS.

What are the specifications of Param Shivay?

We all look at the specifications of desktop computers and laptops before purchasing. But have you wondered what is the specification like on supercomputers? Or, let's say what will be the RAM of such supercomputers? As per reports, the Param Shivay will feature a 384 GB per node DDR4 RAM and have an 883 teraflop capacity. Here, TFLOP or teraflop indicates the power of the supercomputer. It is computed based on the mathematical capability of the machine in performing a task.

In terms of storage, this machine has secondary storage of around 1000 terabytes. It also has a parallel file system and an application software suites using as many as 223 nodes of the processor.

What is the use of Param Shivay supercomputer?

We use desktops or laptop computers in our daily life for different purposes. These may be simple word processing or browsing the internet or enjoying our movies. There is no limit to what our personal computers can be made use of. But when it comes to supercomputers, its usage is quite different. These powerhouses are intended for science and research activities and will be useful in addressing the issue of the common man. These include social issues such as health management, traffic control, and irrigation schemes. Not to mention its utility in scientific research where it will be useful for simulation & modeling.

These are the machines that assist in the complex analysis of data in research. Various studies involving climate assessment and meteorological investigation makes use of supercomputers. All these research activities require powerful machines to analyze big data & complex algorithms. With more of such machines, India will definitely excel in important fields of tech. Hence, the release of Param Shivay can be construed as another feather in the cap of India's technological advancement.

We would like to hear from our readers about their opinion on the development of indigenous supercomputer in India. Do drop your comments with relevant feedback and your viewpoint on Param Shivay.

What is the rank of param shivay supercomputer?