5G is the next big thing that is going to revolutionize connectivity in the days to come. While the 4G network has expanded exponentially in most parts of the world, the 5G rollout is still awaited.

5G is not just about the internet speed that most of the people are talking about. It offers ultra-low latency that provides for Ultra-Reliable communication. This makes Machine-to-machine (M2M) connectivity more effective and precisely controlled. For instance, automation of industrial processes or surgery performed remotely requires pinpoint precision. This is where the low end-to-end latency of 5G communication proves significance. However, for common people like you and me, 5G is all about mobile data speed and we expect it to be blazing fast.

In view of the above, we have sorted out a list of all the best 5G smartphones offered by various brands. Most of these phones were also featured in the recent MWC event at Barcelona.

When it comes to smartphones for the common people with high end features yet an economical price that fits everyone's budget, the Xiaomi, and Redmi phones are insanely popular. With all this popularity on its crown, how can Xiaomi fall behind in the 5G market and not register any presence? 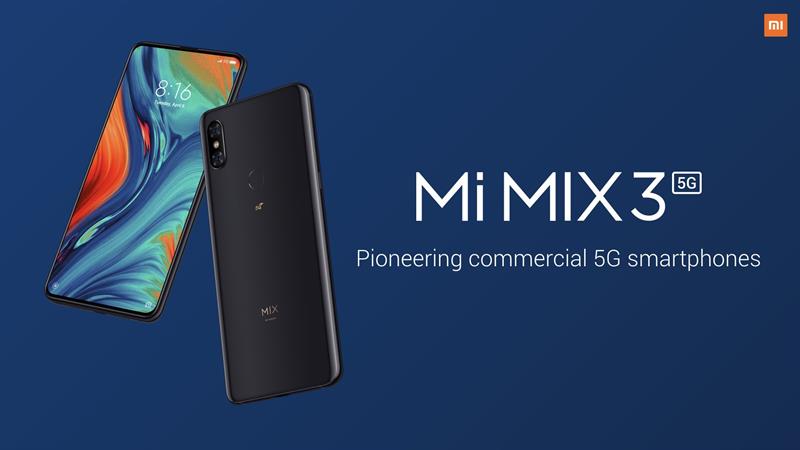 Xiaomi has officially unveiled its Mi Mix 3 5G smartphone that is expected to be priced at around USD 679. It is also set to become a flagship phone of the company in the 5G segment. With a tone of a bold statement expressing that the 5G era has arrived, Mi has proudly introduced it's Qualcomm Snapdragon 855 powered Mi MIX 3. It boasts a 6.4-inch AMOLED display and a 12-megapixel camera that can shoot slow-motion video at 960 fps. When it comes to data speed, the company expects it to deliver not less than 10x times the speed that can be achieved while using LTE.

And of course, it is a 5G smartphone and its expected launch is towards the later half of 2019. It was also displayed at the MWC Barcelona event. This sub-6GHz network supported phone had been termed as the least expensive at less than 700 USD. It is even cheaper than some of the other non-5G smartphones showcased.

This is the first 5G phone introduced by Samsung that is claimed to be Hyperfast by the company. It bags stunning features such as 5 camera setup including two front-facing cameras and 3 rear cameras. There are other advantages of these high-end cameras such as a dual aperture camera. It produces brilliant picture quality even at low light conditions. 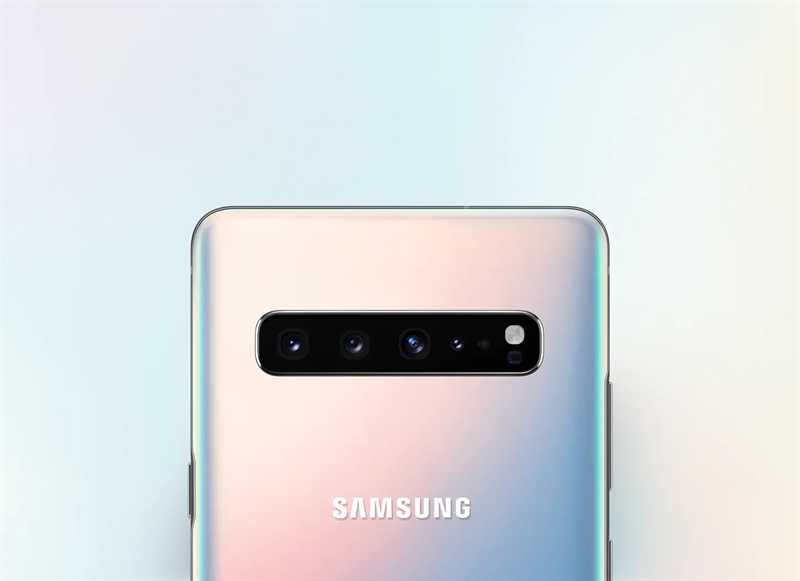 The Galaxy S10 5G is currently available for Pre Order and is expected to be available in the market around May 2019. Its price is indicated as 999 USD in the US with an exchange offer up to 550USD being currently offered by the company in its official website.

It will come in three variants being named as Galaxy S10E, S10 and S10+ and in 6 varying prismatic colors. It is not only a smarter phone, thanks to Bixby, but also provides next level connectivity being compatible with high-speed 5G mobile networks.

Powered by 2.7 GHz Octa-core Exynos 9820 Octa processor and tons of hi-tech features up its sleeve, the Samsung Galaxy S10 5G is a premium new age phone. Although it may dig deep into your pocket but is still equipped with such features that would be difficult to resist.

This one is a premium offering by Huawei and is priced at around $2,600. It is more or less being just an expensive showpiece for most common smartphone users out there. And guess what? This is not just a 5G smartphone, its actually a 5G foldable smartphone. 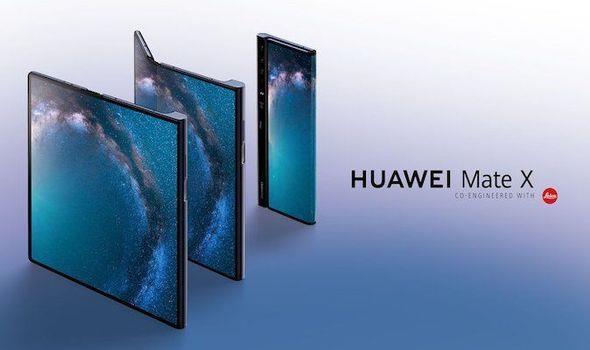 Slated to be available by mid-2019, the Huawei Mate X 5G happened to steal the show at the MWC event. Its 5G connectivity speed could not be ascertained as of now. But with the Mate X's Balong 5000 modem in the offering, it will be worthwhile to see whether this expensive piece of the phone is able to reach the 5G speeds as claimed. Being a foldable phone which is termed to be the future of smartphones, the Mate X is quite expected to be expensive. But we would like to request phone manufacturers to consider the common smartphone users too.

They should at least introduce some future ready phones at a reachable price point.

However, compared to other foldable smartphones such as the most talked about Samsung Galaxy Fold, the Huawei Mate X appears to be more popular than the Galaxy Fold. The concept of a foldable device that turns itself to a phone or a tablet is better adapted by Huawei. The Mate X looks promising other than its expensive price tag. Samsung fold has a long way to go before it gets its design to be standard and competitive to some of the better products like the Huawei Mate X.

Being focussed purely on robust 5G connectivity, LG V50 ThinQ™ 5G is the latest offering from LG: Life's Good company. 5G has not yet arrived in most regions in the world to test its claims. But if their statements are to be believed, this smartphone is capable of delivering downloads at unreal speeds. Hence, online activities such as streaming, uploading or downloading content can be achieved at significantly faster speeds than the existing LTE networks in use. 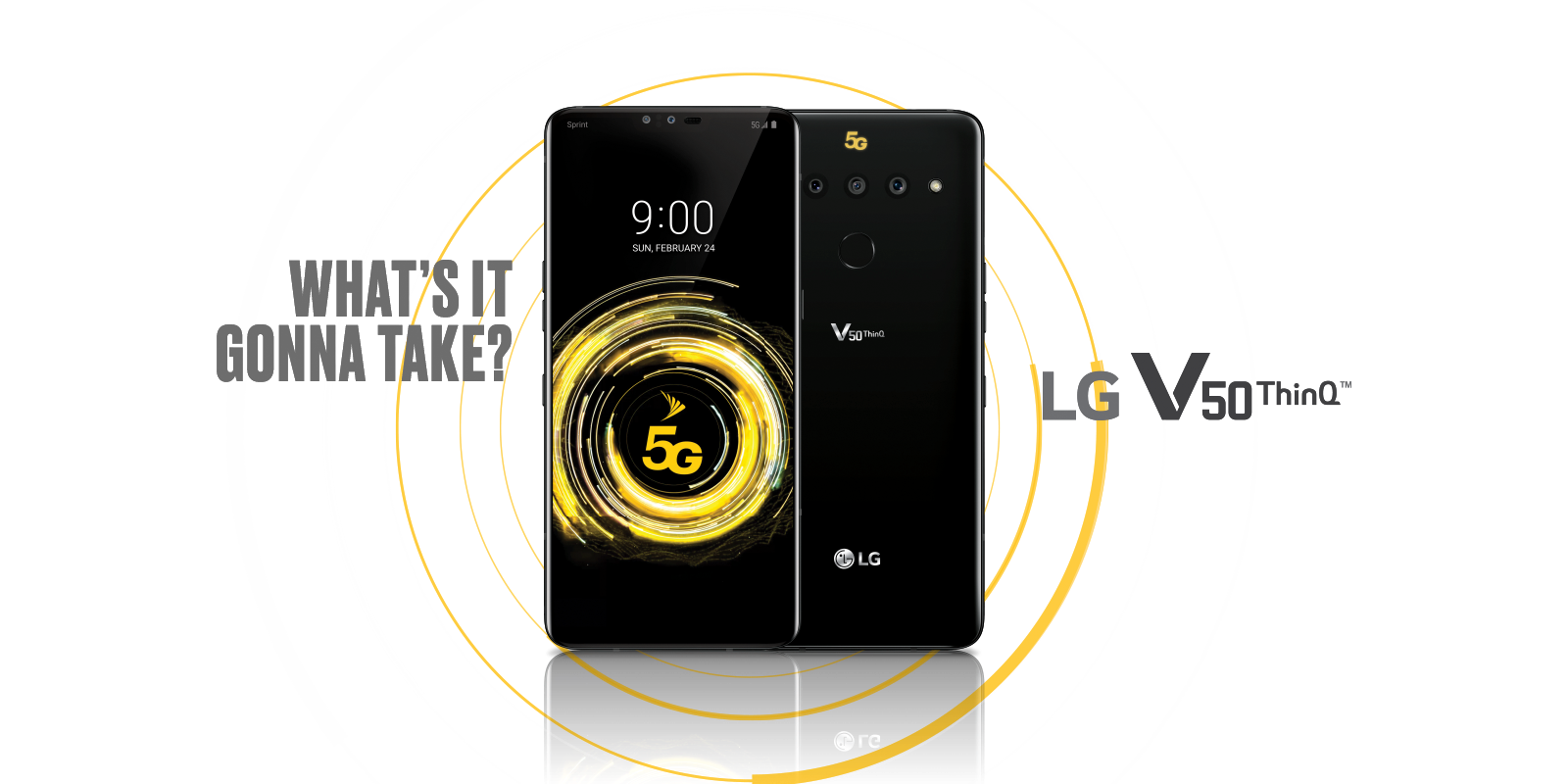 The LG V50 ThinQ 5G is also equipped with a 5 camera setup that comprises of 3 rear cameras and 2 front facing cameras. It has a solid build quality and boasts an LG OLED Fullvision™ display.

Expected to be launched by mid-June 2019, this phone by LG is going to be available as Sprint-bound flagship and can be more on an expensive side as common with all the early release 5G smartphones.

Apart from these popular players, there are other brands too that although are not quite unknown but are less popular when it comes to smartphones.

Axon 10 Pro 5G from ZTE is one sleekly designed 5G powered device that made an appearance in the MWC event at Barcelona. It boasts some cool features such as a 6.47-inch AMOLED FHD+ screen and triple rear camera setup to name a few. Some manufacturers who put up their booths on MWC such as OnePlus and Alcatel also introduced prototypes of their 5G devices.

Should you buy 5G Smartphones now or wait?

With the Qualcomm President Cristiano Amon already declaring that 5G smartphones are ready and are just awaiting the network, the real question is whether it is the right time to buy one or wait until a more promising presence of 5G network is established.

AT&T has been reported to be the first mobile 5G network provider in the US but its coverage for the high-speed network is known to be very much limited. However, considering that most smartphone manufacturers are trying to push at least one 5G compatible device from its shelf, it can be assumed that the future of 5G technology is not too far away from being a reality.

However, 5G being alien to most regions and coverage of 5G network sparse even on places where it is offered, purchasing a 5G phone for the sake of being future ready will be a crazy move and not recommended. The phones featuring 5G ready capabilities are super expensive. And a lot more is yet to be developed and perfected as we approach the era of 5G technology.

So, what do you think about the upcoming 5G mobile network? We firmly believe that 5G is still a long way to go in terms of proper coverage and stability and hence buying a 5G enabled smartphone for the sole reason of being future ready is simply not justified. Do let us know your opinion on this subject in the comment section below.

5G networks are presently not available in India.
Mukesh Ambani has plans to introduce 5G network and also bring in 5G mobiles under his brand shortly.
We will have to wait for the 5G network to commence to use 5G mobiles.
Bhaskar Raj
Bangalore