Samsung's One UI for Android is the custom user interface introduced by Samsung for its selected category of smartphones that replaces the existing Samsung Experience. One UI is designed and developed with the intention to reduce any kind of distraction while using an Android phone, or more specifically, the Samsung powered Galaxy smartphones.

As the motto of this new interface goes, it is really targetted to focus on things that really matter the most from the usability point of view and any clutter or unnecessary features that contribute nothing but distraction causing discomfort during prolonged usage are readily left out. 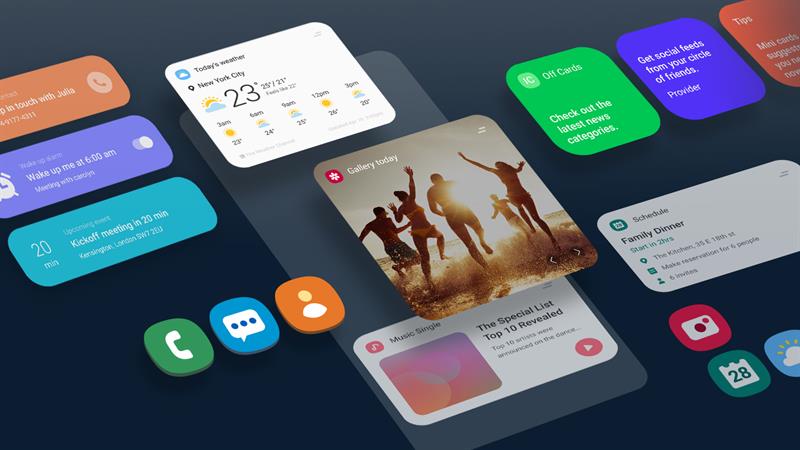 As we speak about the focus on things that really matter, we can list down many such aspects but first and foremost we must mention the ergonomics of handling smartphones with larger screens which are most common lately. Bigger screens are often helpful but when it comes to ergonomics and handling while still multitasking such as taking a cup of coffee on one hand, it becomes quite a pain to even perform a simpler task such as opening a message single-handedly. To overcome issues such as these, One UI is designed in such a way that reachability no longer matters as all the important keys that require user action are placed elegantly within a reachable distance of the thumb.

In what can be considered as a smart move by Samsung in its One UI interface is its arrangement to split the screen of the mobile phone into two parts where the top portion is used for displaying contents whereas all buttons & keys that require input or user action are placed on the lower or bottom half such that it is within a reachable distance of our thumb while holding it single-handedly. 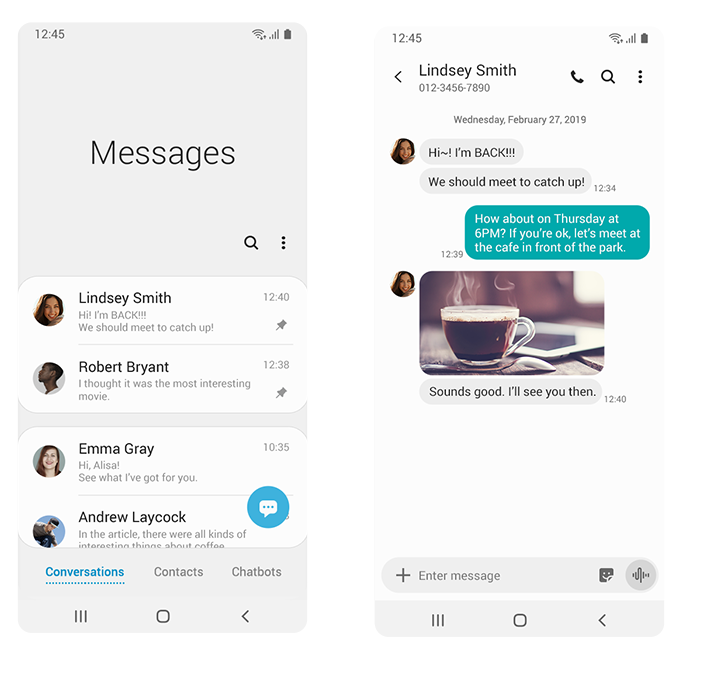 With the foldable Samsung phones on its way, this interface might be seen more effective in improving the usage pattern of large-screen smartphones and phablets with ease and comfort.

Complete Screen capture on One UI

Apart from the screen handling, Samsung's One UI allows screen capturing the whole page when accessed through Chrome or Samsung's Internet browser. No matter whether the bottom section of the page is visible on the screen or not, it will still be able to capture the screenshot of the same even if it is hidden above or below the visible screen content.

This is one great feature to be natively supported for visiting any page offline or at a later time. There is one limitation though, whereby pages that are accessed when multi-window or DeX mode is active cannot be captured in a similar way.

Notification control on One UI

When it comes to usability features, the One UI's provision to include smart ideas such as giving more control over notifications is another key advantage. With the One UI, you can now dismiss any notification by swiping or otherwise even snoozing it for the later view just similar to using Snooze feature on our alarm clock every morning. It is even possible to completely turn off the notification right from the notification panel without having to hop through the settings menu.

In addition to the above, one more feature that we appreciate in One UI is the support for bringing different types of data from the old phone to the new one no matter whether it is of a Galaxy phone, Android or otherwise an iPhone. This feature enables you to resume your work exactly from where you left off. This generally includes data pertaining to messages, call & contact records, applications, home screen layout, settings, multimedia files, documents etc.

However, not all devices will support transferring all the types of data using it.

Who doesn't require a little bit of privacy on their phone as sometimes it is not possible to evade situations demanding handing over of our phone to our family members, friends or colleagues? Samsung with its user-friendly interface has tried to offer one feature called Secure Folder that is intended to serve as a secure space for all your important and private files.

With this feature activated, you need no longer be hesitant to share your phone with anyone as all your private data such as photos and files, social media and chattings apps can be separated with a different account that can be accessed through a dedicated fingerprint authorization. Switching to this new account is easy and can be accessed instantly right from the quick panel.

Night mode feature on One UI 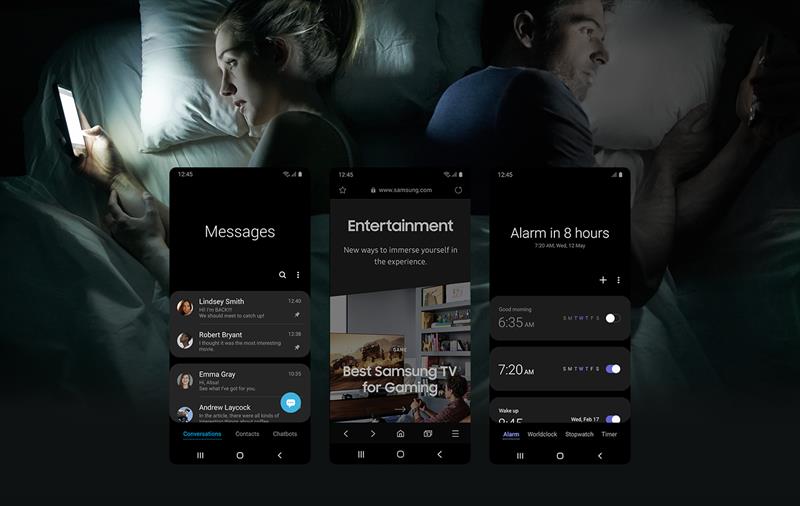 Being a user-centric customized Android interface, Night Mode in Android phones is another promising feature of One UI. Unlike other night mode apps, it does not filter out the blue light exactly the same way but instead switches the theme to dark mode and reduces the glare to a great extent.

Having the Night mode on Samsung One UI activated, you would do a great favor to not only your eyes but also your companion on the bed without compromising on the usability aspects. 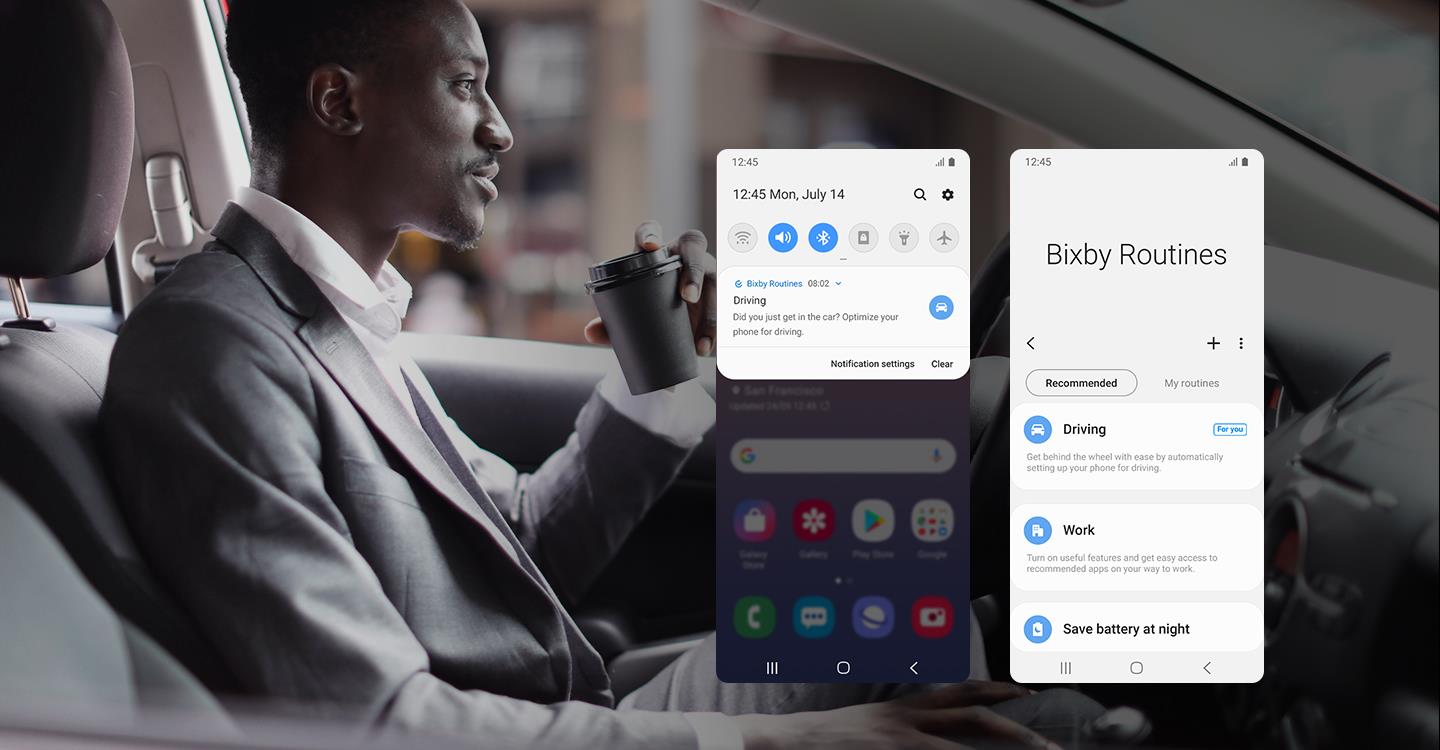 Last but not least, we would like to mention the smart assistance powered by Bixby Routines that offers multiple utilities and convenience such as hands-free navigation and music while driving, turning on your Bluetooth, or turning off any such feature in specified locations such as turning off the music at work or school. In addition to the above, it can automate a lot of other features such as switching to night mode, listen to the weather & schedule of the day or even optimize the battery for better performance.

This ensures that the phone always has sufficient battery charge left in the morning when you wake up so that no important calls or work is missed due to unintended usage. 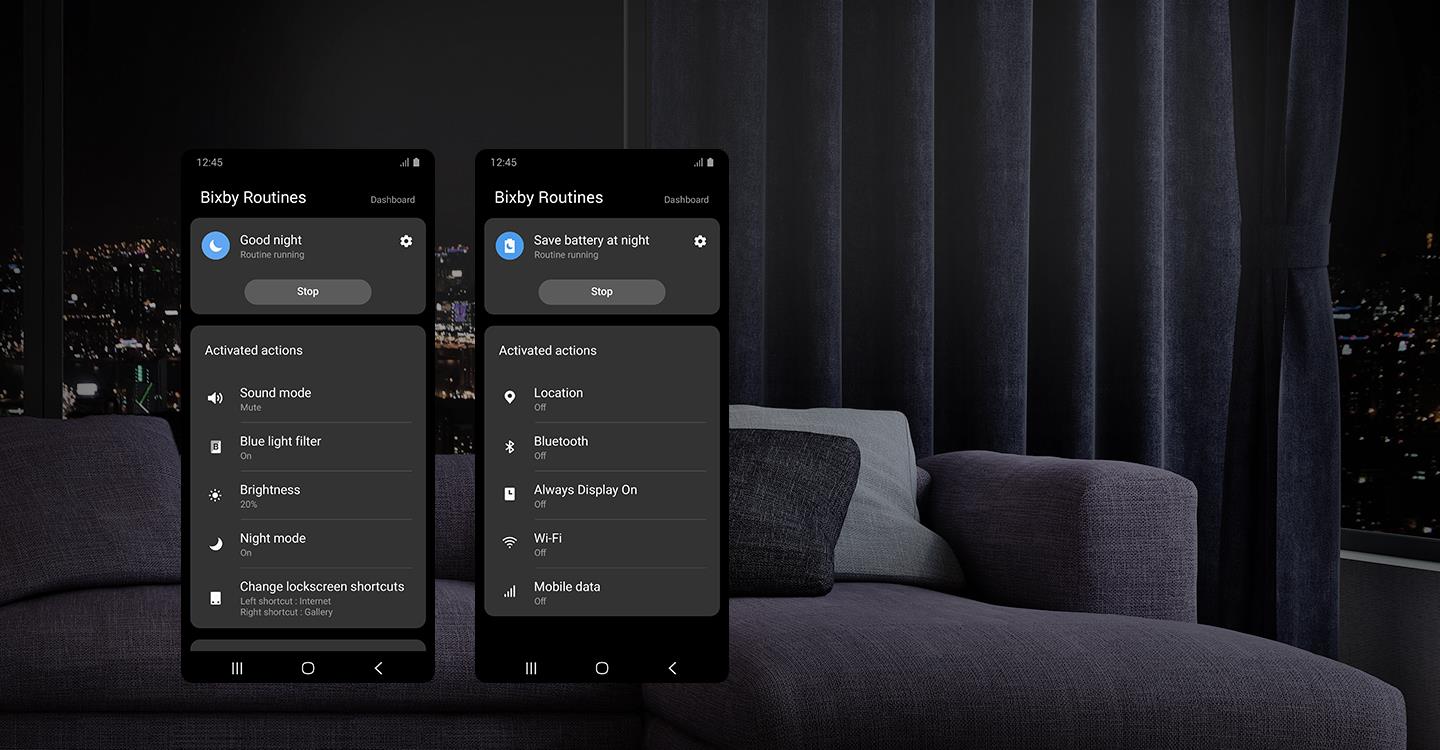 All of this comes natively supported within the One UI interface itself which gives Samsung smartphones an extra punch to improve the complete user experience of the end user.

Samsung Galaxy's One UI is great and there can be no doubt about it. But what our readers need to know is that this interface is still on Beta as on the date of writing this article.

Moreover, no deadline is so far known about the Samsung One UI official release date and intending users belonging to the following 9 supported countries only can use it under the Beta program. Further, another disappointment to many who are enthusiast about this new interface is that the One UI is compatible only on certain devices such as the Galaxy S9/S9+ and various other devices such as the one with Android 9 Pie like the Galaxy A50 recently launched by Samsung.Other than the above limitations, the One UI interface from Samsung Galaxy seems to be a promising offering that can take the user experience of Galaxy smartphones to the complete next level of utility and convenience. It looks elegant and standard and free from unnecessary clutters and animation that not only distracts or annoys the end-user but also makes the phone run slower on most occasions.

So the next time you look forward to buying a Galaxy phone, you must definitely check whether One UI is being offered or supported. Do drop your opinion on the new interface introduced by Samsung by commenting below and let us know about your expectation (if any) from it.