Samsung has unveiled its Galaxy A50 smartphone in India which is the new offering of the brand that runs Android Pie out of the box. On top of it, this phone also supports the One UI that makes it even more awaited among smartphone enthusiasts and Samsung fans alike.

This new smartphone in the Samsung Galaxy A family comes with many intuitive features such as the one being triple rear camera setup that alone is capable enough to attract all the audience towards it wanting for more details whether this Samsung Galaxy A50 camera is good or bad? 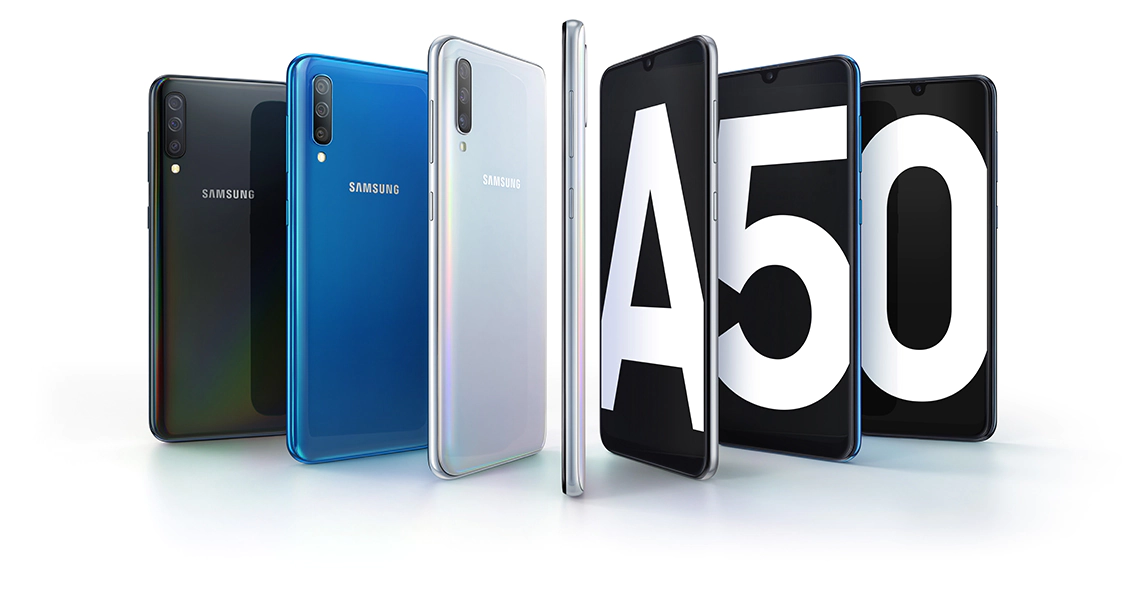 Here, we will be trying to give our first impression on the Galaxy A50 and the most talked about features of the smartphone. In fact, the features with which this phone is offered comes at a price tag that can be considered as the most competitive price so far as the Samsung smartphones are concerned.

The Galaxy A50 boasts a 6.4" FHD+ Super AMOLED Infinity-U display offering an aspect ratio of 19:5:9 which even though does not support any Corning Gorilla Glass protection is protected by a damage resistant Asahi Dragontail pro glass that is believed to be scratch resistant as well as quite difficult to break. One of the very interesting features offered with this phone is it's On screen fingerprint sensor that enables you to unlock your phone on the go and ready to use your phone more conveniently.

Samsung had earlier not provided any smartphone with the on-screen fingerprint sensor at the price range in which the A50 comes for. It is fast to unlock and more convenient than scanning from the back side as in most cases. However, this is our personal opinion and its proper utility may differ from person to person and as per the level of convenience preferred by different people.

On the right side of the smartphone lies the volume rocker button whereas the left side has got the sim tray and luckily so, the tray unveils three slots supporting 2(two) Nano SIMs and a microSD card. A secondary noise cancellation microphone can be seen on the top side of the A50 phone whereas the bottom side features a USB Type-C port, speaker vents, and a 3.5mm headphone jack.

It comes in three color variants being Black, white and the blue color.

The triple rear camera setup of Galaxy A50 comes with a 25MP shooter having F1.7, a wide-angle 8MP with an F2.2 lens and a 5MP F2.2 depth sensing lens. It allows focussing using Tap to Focus and the photo output from these lenses came out quite good with vibrant colors and more details in different lighting conditions. Further, the single 25MP (F2.0) selfie camera performed amazingly well even on low light conditions and the Live Portrait mode was very convincing.

The A50 comes packed with Samsung's Intelligent Scene Optimiser that is believed to enhance the photo by adjusting different parameters such as the color, contrast and exposure levels.

Starting with the storage option, the internal capacity of this phone is 64GB which can be extended with the help of a microSD card up to 512GB. That is huge storage support and we are wondering what practical use can it be put to utilize such extended storage in addition to the onboard storage.

We had already mentioned that this smartphone has an on-screen fingerprint sensor which is a great offering from Samsung. It also supports the face unlock feature and if you talk about the connecting ports, it does support the USB-C and a 3.5mm audio jack much to the relief of all the smartphone users.

Talking about the battery performance, please note that A50 comes with a 4,000mAh battery that supports 15W Fast Charging via the Type-C USB port. It comes with the fast charger in the package but the included charger cannot be termed as one of the fastest of its type. 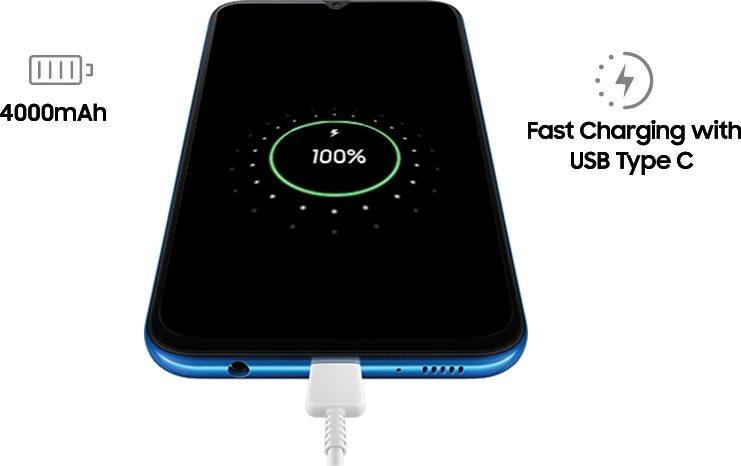 At 4,000mAh, the battery should easily last through a day usage with medium to moderate usage throughout the day and the 'A' series are also quite promising in this aspect.

Further, the smartphone also supports the One UI software interface that keeps all the notifications on the phone perfectly visible and enhances the overall user experience in handling this smartphone.

Owing to its new user interface powered by One UI v1.1, the look, and feel of the interface has leapt to a new standard reflecting modern and fluid UI design. Icons are kept simple in most cases which looks elegant, if not quite stylish, and the navigation through different screens and flicking through apps was buttery smooth on the initial run. Apart from the modern UI, the octa-core Exynos 9610 Processor combined with 4GB memory delivered a good experience while using most apps.

Playing PUBG on Samsung Galaxy A50 won't disappoint either and the gaming experience will be far more satisfying even on HD mode. Similarly, multi-tasking will also be possible with this Galaxy A50 smartphone and whether it is your video-streaming/capturing or live chatting requirement, you will find it not only quite satisfactory but you will tend to keep using it more and more.

Price and availability of Galaxy A50

The maximum retail price of the Samsung Galaxy A50 is mentioned to be Rs.24,000/- in the sales package but the actual price at which consumers might be able to get it is around Rs. 19,990/- approximately. The availability of this mobile phone in India is expected to be around 2nd March 2019 and the same will be available both online and offline once introduced in the Indian market.

Galaxy A50 - What's in the sales package?

The net contents of the sales package include the smartphone itself followed by a 15W travel adapter, one stereo headset, Type-C USB data cable, ejection pin, a transparent back case, and a user manual. Overall, it comes in good packaging in a white box that read February 2019 as its manufacturing date.

We found the Samsung Galaxy A50 to be good enough for this price range as features like on-screen fingerprint sensor, triple camera setup etc. generally comes at a higher price of above 30K so far as Samsung phones are concerned. The display produced vibrant colors and clarity at 403PPI screen density and the camera was a balanced performer.

The design was also modern and very stylish to hold in the hand and with its waterdrop notch and high screen to body ratio, the Samsung Galaxy A50 punches a very good deal at under 20K range in the Indian market where competition is already too high.

With so many smartphones launched in India, we would like to know your feedback on how you prefer the phones introduced by Samsung. With a power packed specification in the offering, Galaxy A50 is definitely on the limelight in our opinion and we appreciate your views on it in the comment section below.