Spotify, also known as the world's biggest streaming service, has finally entered the Indian market through Google's Play Store and Apple's App Store. After being recognized as a popular music streaming service in the US, Spotify has now leaped outside of the United States to target the Indian audience which it has long considered as one of its priority markets.

The latest offerings for the Indian audience includes both free and premium subscriptions. It is believed to have around 4 crore songs localized for the Indians and over 300 crores playlist for the music enthusiasts of the country. However, a number of song titles will also be barred from listing on Spotify due to an ongoing legal issue over licensing rights. It is also available for Windows bringing your music to the desktop or laptop computer too in addition to that of mobile devices.

Spotify in India - Is it free?

The answer goes "Yes" but with certain limitations. With Spotify music streaming service, you are at liberty to play millions of songs for free. However, paying a nominal subscription fee gives you an upper hand in enjoying the service ads-free and enabling music fans to download music content for listening offline. There also appears to be a top-up recharge option starting Rs.13/day via PayTM.

Some other top-up plans released in India are the following:-


Students can avail discounts upto 50% on the monthly subscription.

So yes, in spite of being a free service you do need to pay for the premium plans customized especially for the Indian audience. It is cheaper than what is available in the US and may cost you as little as Rs.119/- per month with a 30-day free trial run of its premium offerings.

How to buy premium plans in Spotify India?

Buying a subscription plan on the Spotify app is easy. However, some users have reported that signing up for the premium version from both the Android and the iOS app has occasionally thrown many errors thereby restricting subscription to Premium.

However, for all those people who faced similar issues that create trouble while signing up must head towards the desktop site and complete the subscription process from there onward.

If the premium plans on Spotify is to be compared with other music streaming services in India, it is to mention that one can avail premium membership of Apple Music only @ Rs.120/- whereas Google Play Music demands Rs.99/-, Saavn is priced at Rs.95/- and Wynk Music at Rs 120/- per month.

As such, it may not be one of the cheapest music streaming services in India but at this price segment which is marginally either less or higher than its competitors, the premium subscription in the Spotify app is definitely a good buy especially for the frequent music streamers.

With the limited access offered in the free version of the app, one can enjoy localized music available in the genre customized for the domestic music lovers and soundtrack can be streamed in various genres such as from pop to EDM and from Bollywood, Punjabi etc. to the Global charts & trending music.

Moreover, one can avail the seamless integration of Spotify with various platforms and listen to music on smart speakers, smartphones, tablets, laptops, Chromecast and even on the TVs. Integration with Alexa skill and Google Home is under development and expected soon in India.

A feature called the Spotify Connect allows transferring a piece of playing music across multiple devices such as a smartphone, tablet or desktop and makes it possible to resume exactly where you left off. Isn't that great? Of course, it is, but it will work only if both devices have Spotify installed and connected over the same WiFi network.

If you are on a desktop, you might have the option to check your history of soundtrack played that can be accessed by clicking on the queue icon. Spotify in partnership with Genius gives access to trivia on most English songs on the now playing screen. Another important feature offered in the app is its Concert info that notifies details of music events that are going to take place in the city and depending on your location, your chances of seeing some useful piece of information shall keep varying. 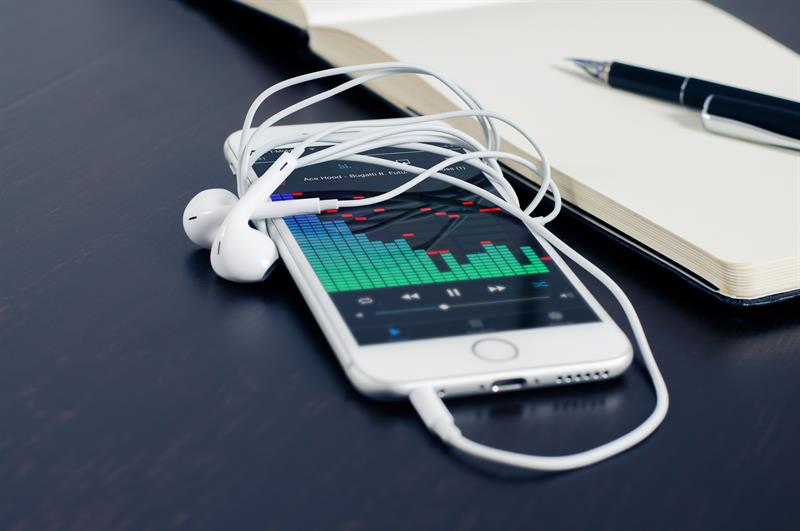 Spotify works great, no doubt, but it has its own share of advantages and disadvantages. Most people who used it have vouched for its good music collection which is the best part of using this music streaming app in India. Moreover, its availability as a mobile app is an added advantage that most people are appreciating. However, minor inconvenience issues such as having the Repeat button inside options rather than being placed on Play Now screen is pointed out by many.

Further, some people complained that the discovery and recommendation of music track have on occasion done injustice to smaller artists that often gets skipped and replaced by music of more popular artists. However, these are small issues that may get corrected as Spotify pushes app updates. Overall, this much-awaited music streaming services for Android, iOS, and Windows have greatly surprised the Indian music fans and being the last popular player to enter into the Indian music streaming market, it surely is going to give a tough competition to all its already established competitors.

However, if you are in a dilemma of which music services to choose from out of Spotify, Amazon Music, Google Music, Gaana, JioSaavn etc. that all offer some varying advantage, we must like to suggest that whenever such confusion arises always prefer the trial period offered by such apps and find out in real what suits you better; and that is why the trial period exists, isn't it? Moreover, the taste of music differs from person to person and whether it is the song collection, recommendation pattern or any other convenience, it is always better to shortlist the requirements and go for a suitable plan.

So, what are your thoughts on the delayed but most awaited entry of Spotify in India? If you have used similar services in the past or even continuing to use it, we would like to read about your user experience and expectations from such service in the comment section below.

In this article I will introduce you to some amazing applications in Android which you can use to create your own music fairly quickly. If you are already a musician you can tweak the minor details in your music and create just the music you want. So, read on to know more about these applications.