The Government of India introduced UPI as the real-time online payment system way back in 2016. Three years down the line, the concept has taken a really grand shape and we have several popular UPI based apps that made life simple for millions of bank customers. The focus on digital transactions has made it possible for the mobile payment apps receive a huge impetus.

After the launch of UPI platform, a host of banks and financial institutions launched their own UPI apps for the benefit of banking customers. These apps make use of the UPI platform to facilitate payments from and to the bank account of the customers directly without having to divert them to the mobile wallets like PayTM.
We will check out the top 5 best UPI apps you can use in India in 2019. But before that, we will have a look at what exactly UPI stands for.

Like we stated already, UPI platform has been a game changer and there are several UPI apps launched by different payment platforms. There are over 40 different banking institutes - both private and government that have been participating in the UPI platform. The revolution has been so huge that even the messaging platforms and social media networks have been releasing the compatibility through their apps. Truecaller should be a good example.
Having noted it down, here is our top pick for the best UPI apps in India you can trust in 2019.

Initially launched as TEZ, the payment solution from Google launched specifically for India has become a popular option of late. It is indeed one of the most innovative options and unique in its own right. 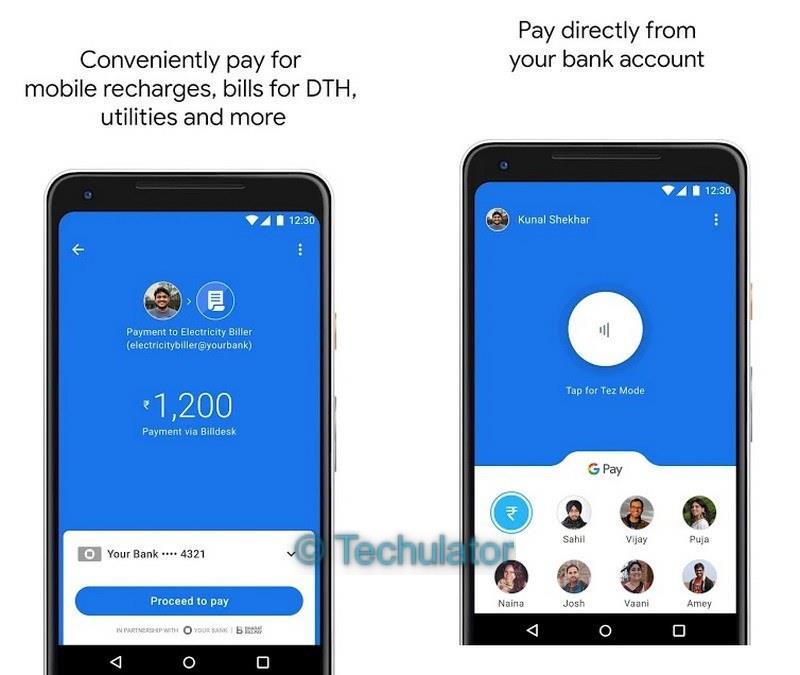 It also carries the distinction of being the first UPI based platform to feature NFC communication. In fact, it has revolutionised the technology using Audio NFC wherein any smartphone can be enabled to use the functionality. Currently, the technology is supported in the cash mode only.

You can use Google Pay for a variety of purposes including making online payments, recharges or even sending payments. It completes the transactions to the bank through UPI as well as through the combination of the Account Number and IFSC code.

The features that the app offers you include

Launched by a Bangalore based startup, PhonePe has now been acquired by Flipkart. Launched in 2016, the company has partnered with Yes Bank for providing the payment services. It handles almost every task you may think of with respect to handling your money. 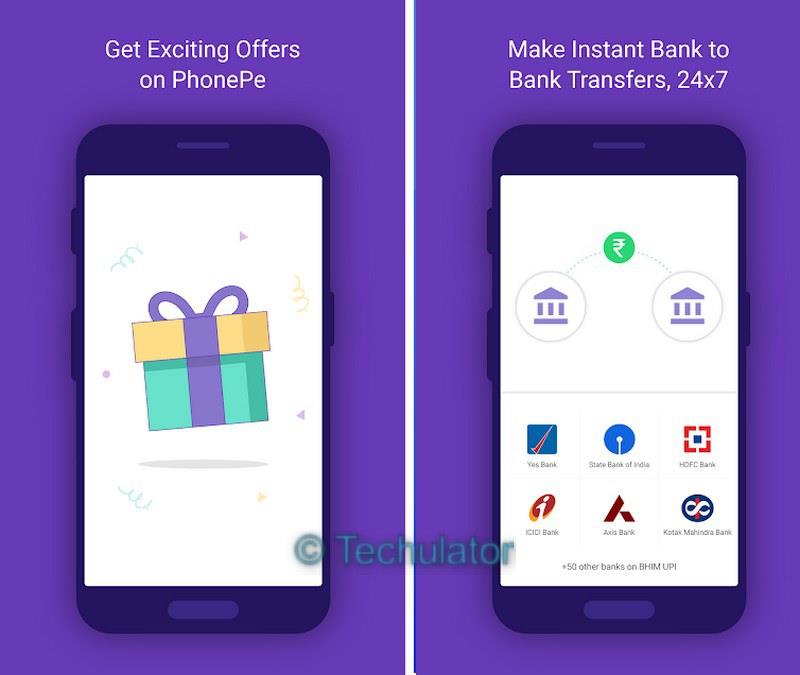 Making bank to bank transfers, recharges and other transactions, the app works all through the country and supports payments up to Rs. 1 lakh per transaction. Inspired by Google Pay, the app has recently announced rewards in the form scratch cards for your select transactions. PhonePe also offers digital mobile wallet services akin to PayTM or Mobikwik.
Some features worth mentioning can be

The app comes with the following advantages -

BHIM is the official app for UPI based payments. Secure your money with the help of smartphone across UPI and a host of banks that have participated in the UPI platform. In fact, if you have BHIM app, you will not need any other specific UPI app for any of the banks you have maintained your account with.

Pockets is the UPI app powered by ICICI bank. The app serves as both a digital wallet and UPI payment app in one. It should be needless to say that ICICI has been one of the prominent and innovative banking service providers in the private sector. 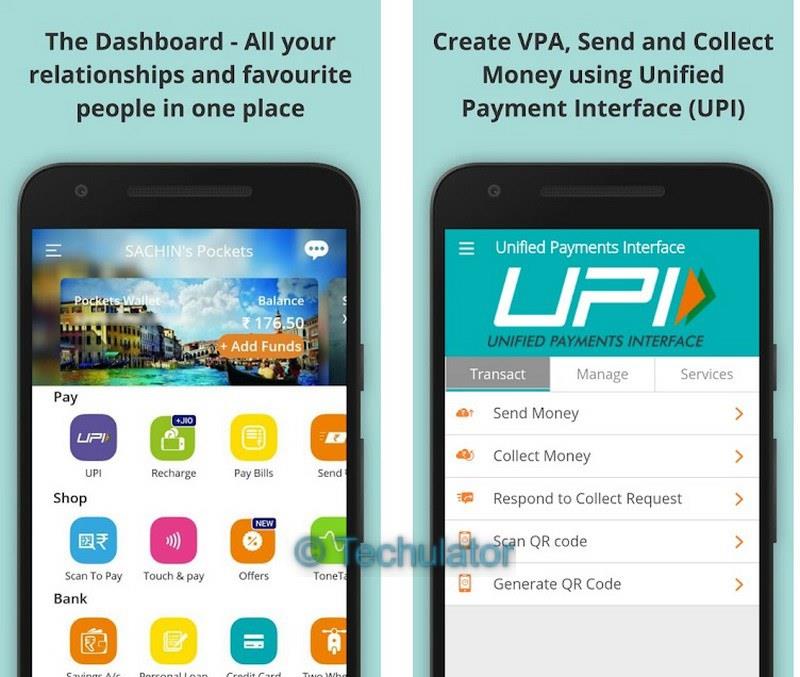 Pockets is indeed one of the best and innovative UPI apps that offers you an extensive service in the realm of UPI payments and similar allied services. A few extensive features that the app offers you include

UPI has indeed been a revolution in the realm of Indian financial sector. The technology has been making inroads into the newer innovations and thus making the existing UPI apps introduce newer concepts and functionalities.
The popularity and usability of the platform are evident in the fact that the even the messaging platforms like WhatsApp and Truecaller have been introducing the UPI payments option through their interface.
That was our formidable list of best UPI apps you can check out and use in 2019. If you think we have missed any of the good alternative options in this compilation, do share your thoughts with us. However, please note that we have only focussed on the UPI apps, and not the Mobile wallets for the sake of this post.