Currently, there are multiple VPN services in the market. However, VPNs which ask you specifically about your use case are a rare breed and Ivacy VPN is one of those rare VPN applications. Based out of Singapore, Ivacy VPN has been in the market for a little more than a decade now and is counted as one of the best VPNs. With its recent price reduction, there is a lot that goes in favour of Ivacy VPN. Let's see on what all parameters it scores high and where it lags.

The user interface is a small window which has a color theme similar to Hotspot Shield and the size similar to VeePN VPN. 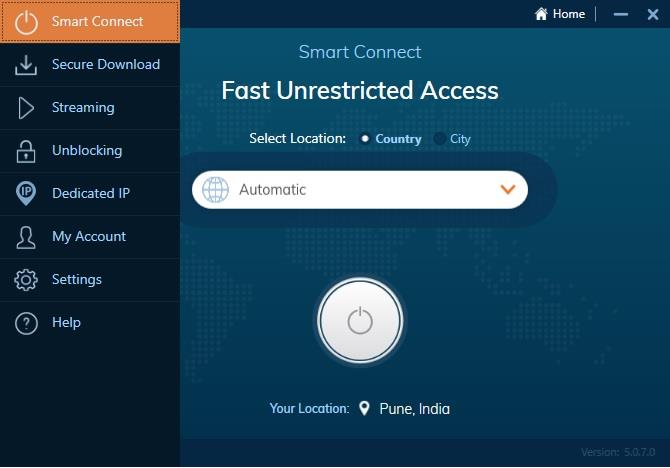 On the left-hand side, you have an expandable sidebar which contains some specific connection menus. What it does is, it lets you choose the activity for which you are going to use the VPN and accordingly selects one of the available navigation options. The purpose of using VPN can be safe browsing, downloading, streaming from a geographically restricted service or jumping the firewall censorship applied by your own ISP.

The central area, that is the main screen changes as you select one of the options in the left rail. When you open the software, it will show you a big white power button which you can use to start the VPN. The drop-down above the button lets you select a country or a region and if leave it at automatic, selects the best VPN based on its own algorithm. 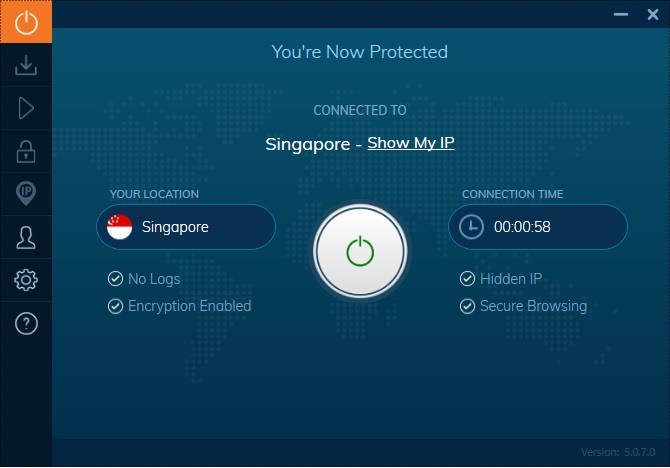 If you select the Secure Download option, it will show you a list of countries which have the least number of blocked websites offering downloads. This feature can be used for both regular downloads as well as for P2P downloads. While using this you can also enable Secure Downloading which will protect you from malicious malware, a common hazard while downloading anything online from untrusted websites.

Network speed tests on VPNs are not always consistent. Depending on which server you get connected, connecting to even the same country but different server will change the values we got below. Ivacy has servers in over 100 location with 450+ servers and 12,000 IP addresses available, so if you are getting slow download speed, just disconnect and try connecting again.

As you can see in our tests, there is a slight difference between the speed we get while using the network without using any VPN and while using Ivacy VPN. Also worth noticing is that VPNs of some countries will give you much better than speed compared to others. Europeans servers generally tend to perform better than Asian servers. 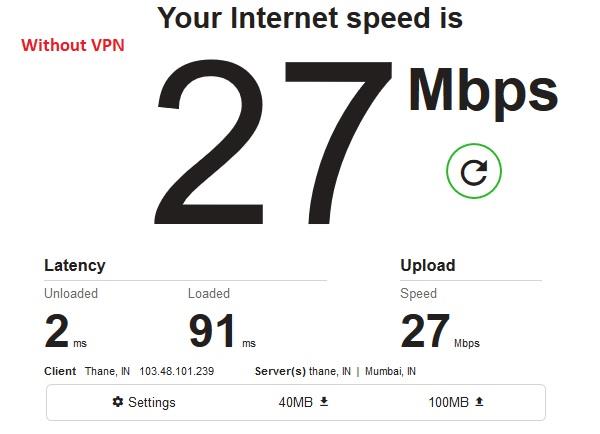 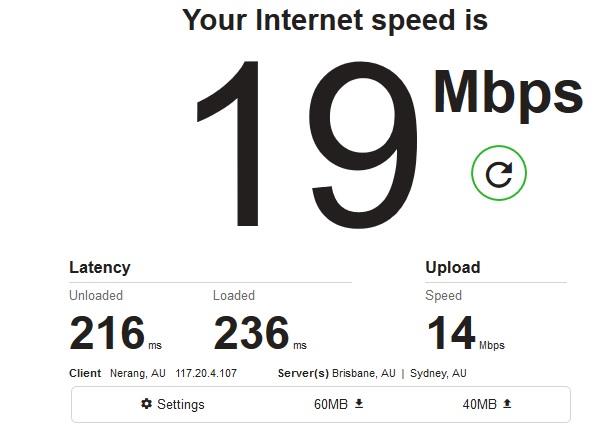 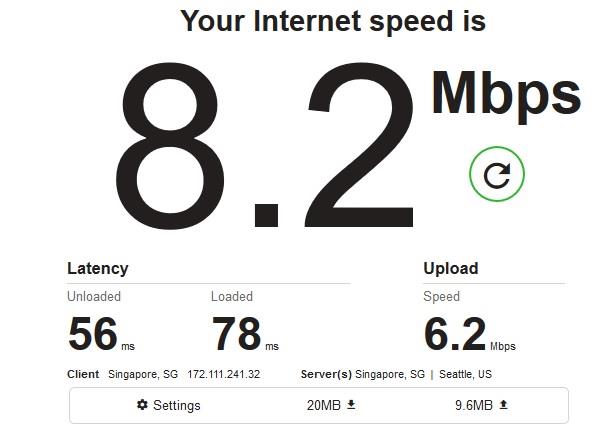 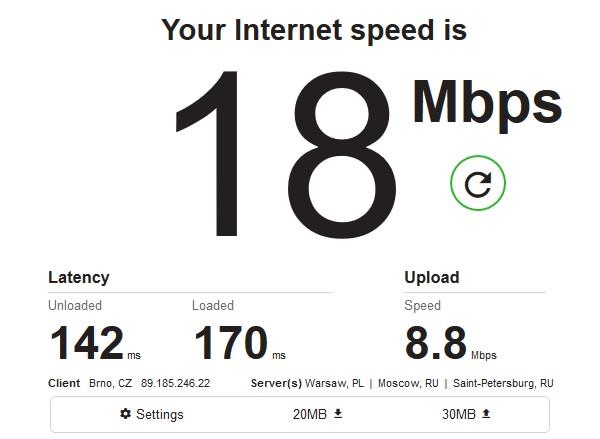 You can access content on websites which use geo-blocking using best VPNs like Ivacy VPN. The software has a specific sidebar item named "Streaming" which contains a list of famous video streaming websites like ABC.com, Amazon Prime US, Antena 7, ARD and more. All you need to do is just select one of the streaming service and Avacy automatically selects the correct VPN which will give you access to that particular service. Once it connects to an appropriate VPN, it presents you with a button to launch the website too. 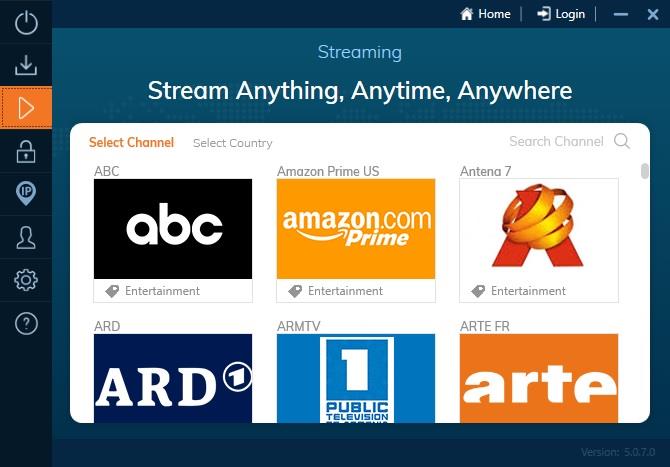 I tried connecting to HBO Go, ABC, Amazon Prime US and Netflix US, didn't face any problem.

Lastly, we have Blocking, which is a feature to help you jump company or country firewalls using VPN like in China. You just need to select which country VPN you want to connect to. The servers are actually virtual location servers which means that while the actual physical servers are somewhere, they are spoofing to show as they are in some other country.

Other features worth highlighting

Ivacy is available at monthly and annual per month subscription packages which you can check out here. They accept a variety of payment methods which includes digital currencies (no refunds), cards, Paypal and a host of other payment gateways.

Ivacy VPN is one of the top VPN service providers out there. For a majority of users, Ivacy can surely satisfy all your VPN needs. Its purpose based design of the application is something which makes it the application very easy to use for any type of user. Looking to visit a website blocked by your ISP, use Unblocking; want to watch Netflix US but not allowed from your current country, use Streaming and just want to make sure no one is snooping on you when you are online, make a regular VPN connection. It is as simple and easy as it gets. The prices are quite affordable and reasonable and hence it earns itself the tag of suggested VPN for your device. So what are you waiting for? Get Ivacy now!

Are you dealing with data privacy issues? Or are you just tired of the restrictions that your government is imposing on the web content you can access? A good VPN service is a solution to this problem! In this article, we will be analyzing if VeePN is the right tool to protect your data.

How VPN Use Helps in Protecting Your Online Identity and Privacy

In this article we discuss how use of premium VPN services protects you from a lot of online dangers. Know how it opens doors to censored sites while keeping your identity and privacy safe.