No matter what smartphone you use, be it a stock Android-based Pixel or Nokia, or a heavily themed Xiaomi or Samsung one does eventually get bored of looking at the same themes, icons and design. So we have found 10 launchers that range for highly customizable to completely wacky to up your smartphone game.

TSF Launcher: For the 3D lovers 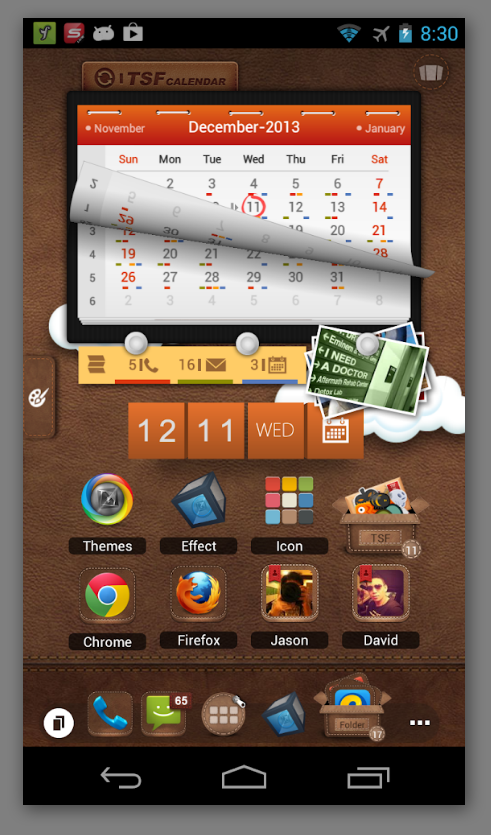 TSF Launcher has been around for quite some time with its claim to fame being the fluidity of the launcher and the highly interactive 3D widgets with their skeuomorphic elements. Add to that the cool gestures, animations and the little trinkets that you can add to your home screen like clouds and hot air balloons and you really can't stop playing with your phone. You also have extra themes and plugin supports and the best part is that the launchers completely free.

Buzz Launcher: For the ones bitten by the customizability bug 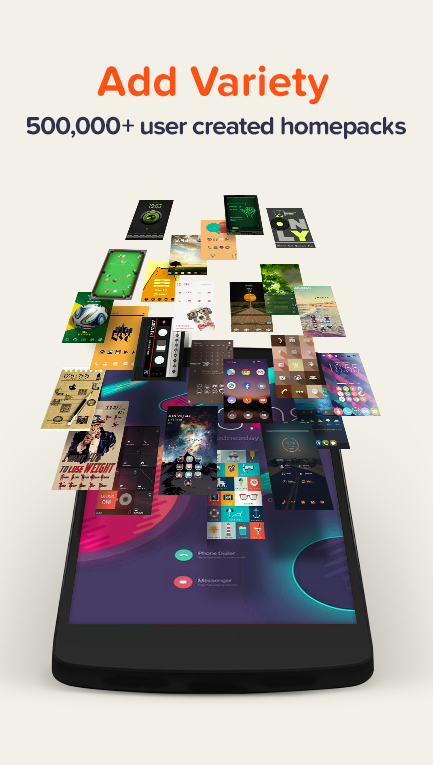 Buzz Launcher with the Best Personalization App award (Best App Ever Awards) and the Best of Best Brand Identity award (Red Dot Awards) is an incredibly customizable launcher that will suit you if you love to tinker every little aspect of your home screen. Not just that, you have a ton of user-made themes (almost 1000,000+ ) to play around with if you feel a lack of imagination. This makes it truly one of the most customizable launchers on the Play Store letting you completely change the look of your phone. Buzz Launcher too is free to download which is great.

Total Launcher: For those who want something other than icons on a grid 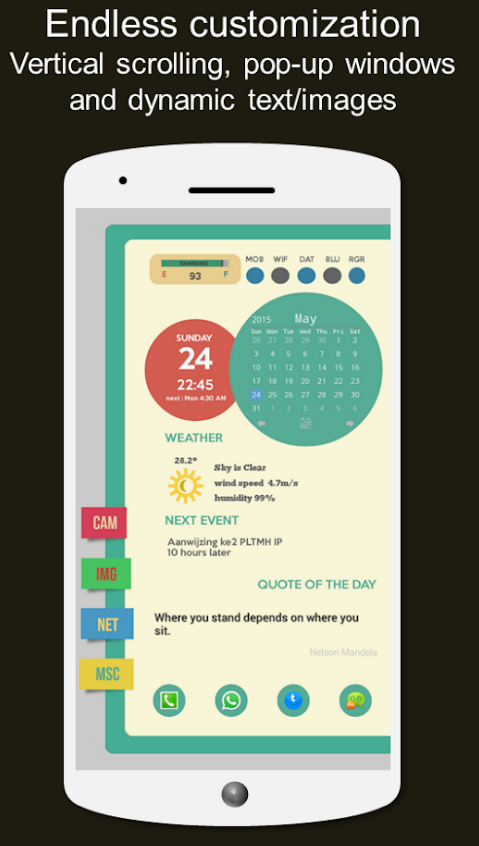 Total Launcher tries to break away from the usual icons on the homescreen layout by giving you interactable elements like shapes and tabs which take you to your set apps. You have a ton of customization just like Buzz launcher and you are only limited by your imagination. Widgets are also built in with rich features and the customizations can be tailored to landscape arrangement of the screen as well.

Evie Launcher: For a minimalistic and fast experience 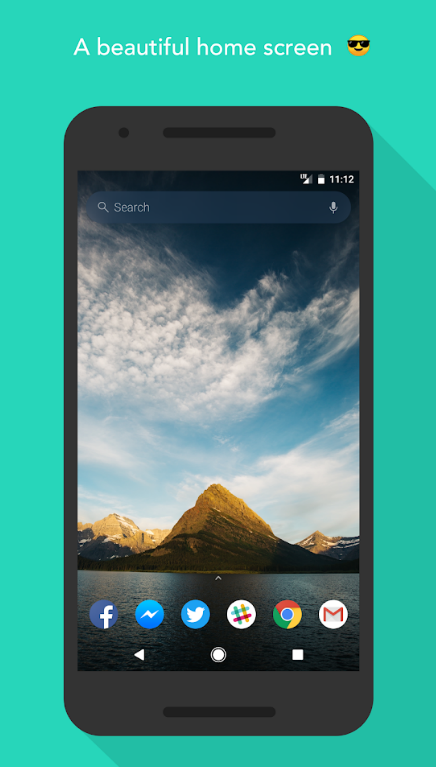 Evie Launcher is more like your regular launcher, it looks similar to Google Pixel launchers but is lightweight and comes with a fresh design for the app drawer. You have the usual customizability options like changing grid size and icon pack support but even more features like unread badges, widget customization and more. Also, it's totally free and super fast.

Niagara Launcher: For quick one-handed use 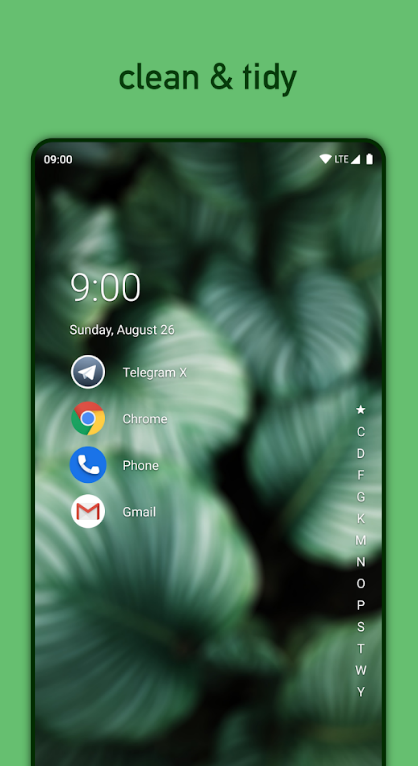 Niagara launcher while managing to keep the minimalist design theme alive adds an interesting twist in the form of completely skipping the traditional home screen and app drawer layout. Instead, both these screens are combined to give you the Niagara app drawer which populates your home screen with 8 most-used apps with an alphabet list on the right which you can scrub through to see apps in your phone. No swiping up to open drawers, no clicking, just a light swipe is all you need. This makes it even more suited for single-handed use with today's large-screened phones.

AIO Launcher: For the ones who love a lot of information

AIO Launcher is unlike any other launcher that we talked about till now, with AIO displaying important information is the key. You have no icons and grids rather small widgets that show you the status of your phone, display the weather, show your last mails and messages, RAM usage, battery stats, calendar, and more. You can access your app drawer from the homescreen itself with a right swipe and you get a lot more features if you pay up for the premium version.

Lens Launcher: For quick access to all your apps 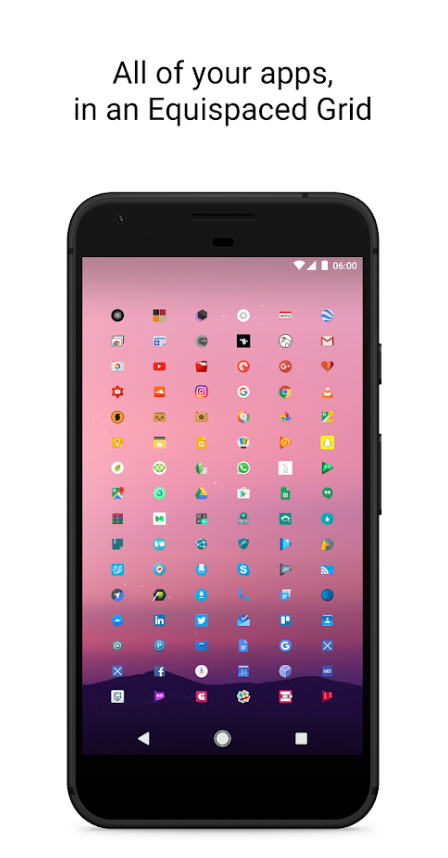 Lens launcher is another one of those launchers that completely redesigns the basic concept of home screen and app drawer. Lens launcher seems inspired by the Apple Watch app drawer but it sure does look good on a phone. The working is simple all the icons are dumped on your home screen but with tiny icon sizes, all you have to do is move your finger over them to select the app you want to open. You have a lot of customizable options to change the icon sizes and distortions and it's free of cost. 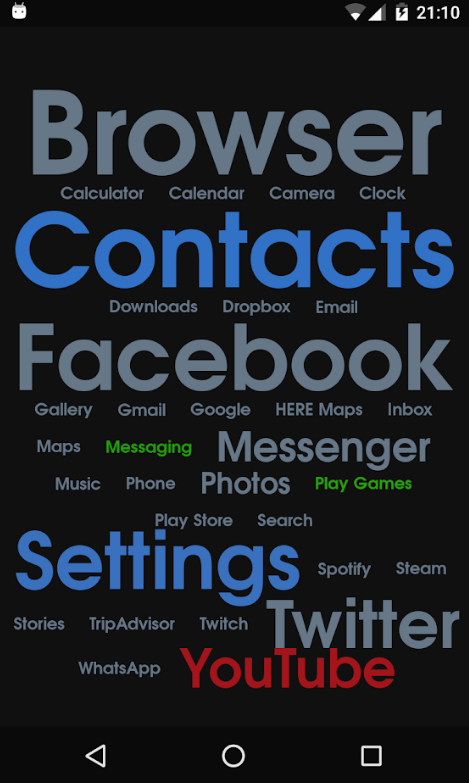 The Ap15 launcher is truly lightweight with an app size of under 0.5MB. Now the launchers key feature is the fact that it does not have any icons and relies on the app name displayed on the homescreen. All your favorite apps have more emphasis than the others so you can reach them easily. The launcher is free and highly customizable also, perfect if you are bored of the colorful and icon-heavy launchers we talked about previously and need something more light and minimalistic. 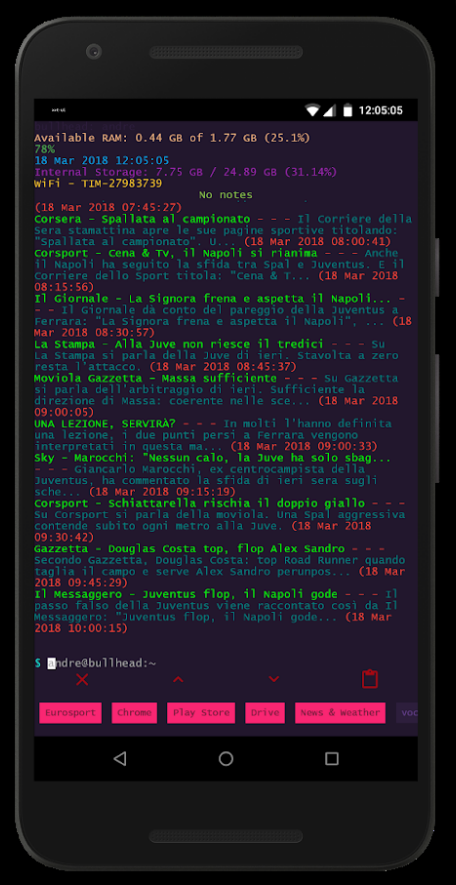 Of all the launchers in the market today the Linux CLI launcher is truly the wackiest, there are no icons, no gestures, in fact, no GUI, it just comes with a command-line interface where you need to type commands to perform tasks like open apps and uninstall something. This goes back to the olden days of CLI based computers and really shows us how unique those interfaces were. However do not, that due to a lot of typing required for performing tasks, do not choose this is speed is your main priority. However, if you want to look cool while opening something even as basic as a text message head right over to the Play Store to download this launcher.

LessPhone: For when you need your phone, less 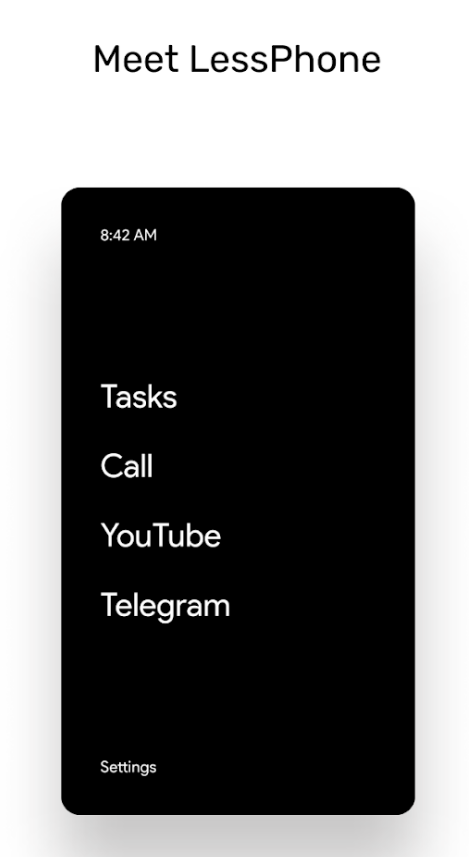 With apps like Google's Digital Well being bring about an awareness about our extensive smartphone usage has stemmed a growth in many apps that help to cut down on your smartphone use. LessPhone is just such an app that works as a launcher and limits you to use only a couple of apps like Phone, Texts, Maps etc. If you are familiar with the Light Phone and Light Phone 2 the experience should be similar albeit in a tiny 1MB package and free install (extra features are charged).

So do check out these rather unique launchers on the Play Store and do let us know how much you loved them. Also, ping us if you have any suggestions for more such launchers that we can feature.