Vehicle on the street, cartridge in the chamber… and fingers on the joysticks. A kind of game that delivers adrenaline pumping, dynamic action and unlimited fun! We are talking about combat racing game, where you can engage yourself in racing and win battle simultaneously on an android device. Today's regular smartphones are zillion times more effective than that sluggish tiny box in which you played Mario Kart. Whether your first choice is for eccentric entertainment or strong realism, the immense collection of combat racing games available for Android is certain to present something that gets your pulse running and your heart throbbing. 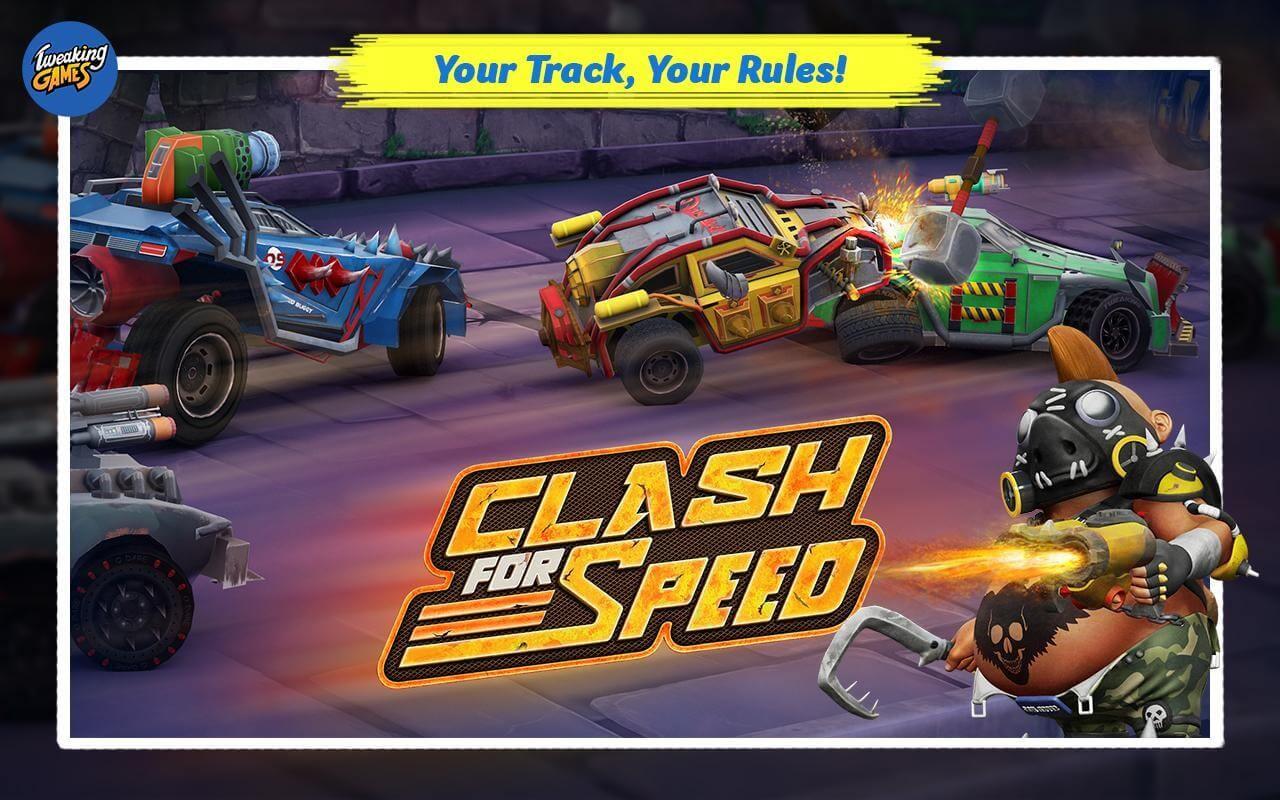 Clash for Speed has gained its reputation for being ferocious and ruthless in all Xtreme combat racing games. This game is highly recommended if you want to give a shot on something hard core. Enter into the divine universe of merciless and brutal ride, where the game is not restricted to winning of the race only but also taking over the enemies. Here, you will get the opportunity to construct your own 3D tracks, create obstacles, transform your monster cars and renovate your machinery to select and kill enemies. Win Intergalactic Racing Championship by defeating all your opponents and by crossing all the levels.

P.S. The game is all about wicked and cold-hearted anthropomorphic warthog called 'Speed Hog', who admires seeing violent car combats in five deserted biospheres. Initiate your ride by sketching your own 3D track and hit 'Clash' to commence the race. 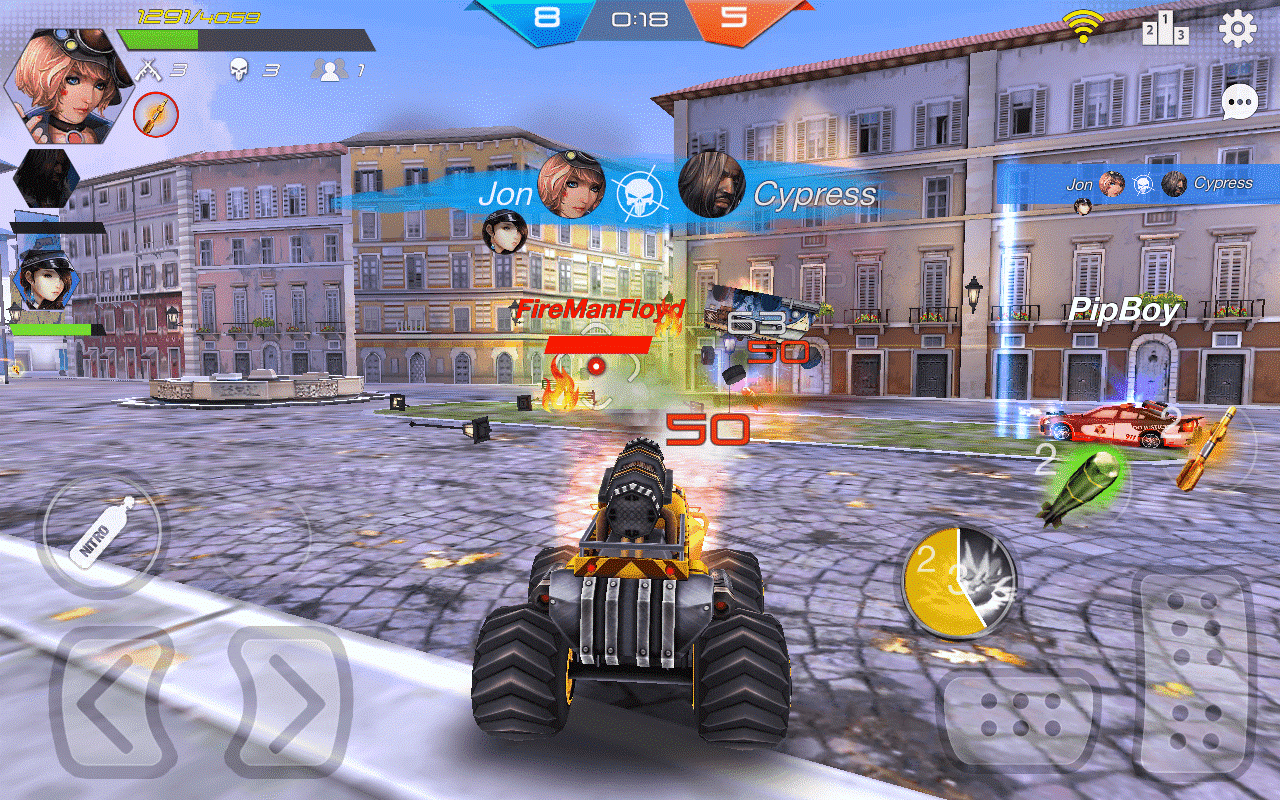 Overload is a fast multiplayer combat racing game, where the gamers will be given the opportunity to engage with their opponents in three different battlefields. As the game is an amalgamation of both racing and shooting, it will give users a mind-throbbing experience. Gamers will be given ten different combat vehicles to choose before they begin their ride. Users must defeat their enemies in the battle arena to win the game. Here, anyone can join the race at any time but the real winner is the one who survives until the last.

The game is all about the strongest and fastest car that take over its enemies and win the race. Ultimately, the toughest of all survive. 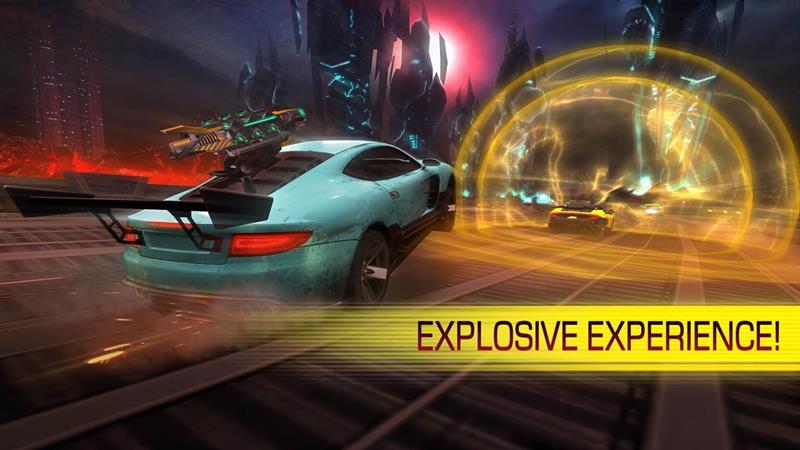 Cyberline is an online combat racing game, where the users will race and fight against multi-opponents, participating from all around the world online. The most thrilling part of this game is its racing tracks that are generally located in some of the baffling locations. From snowy mountains to cyberpunk slums, users can experience the best of all situations. This game has almost 30 plus combat cars that can be unlocked along with a variety of guns. These tons of explosives and weapons assist users to defeat the enemies and simultaneously gain an edge in this game.

P.S. Cyberline Racing exhibits the chaos that is existing in this world of combat racing and how users can overcome them and win this deadly game. 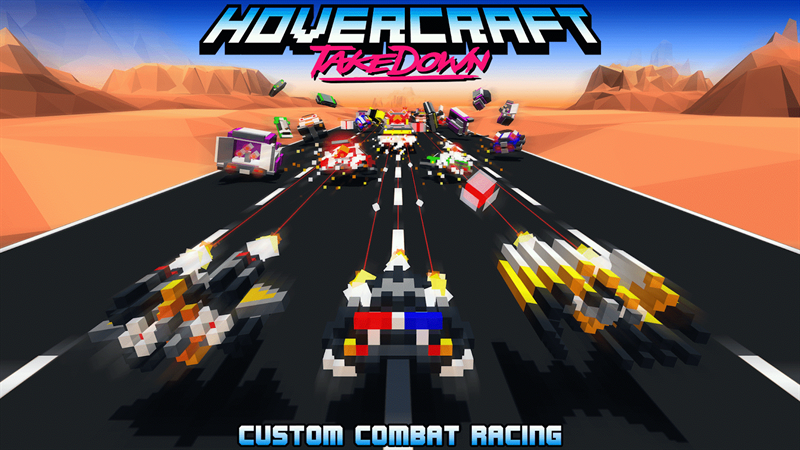 Hovercraft is a straightforward combat racing game, where users will be asked to crush other racing enemies. This multiplayer racing game is full of a simple yet amazing journey, where gamers compete against each other and defeat them using power-ups and weapons. Also, this game allows users to construct their own hovercraft and equip them with lethal weapons and types of machinery. All this to suppress and clear out the enemies. Also, this game offers a multiplayer survival mode where users can bond with other players over the Wi-Fi. 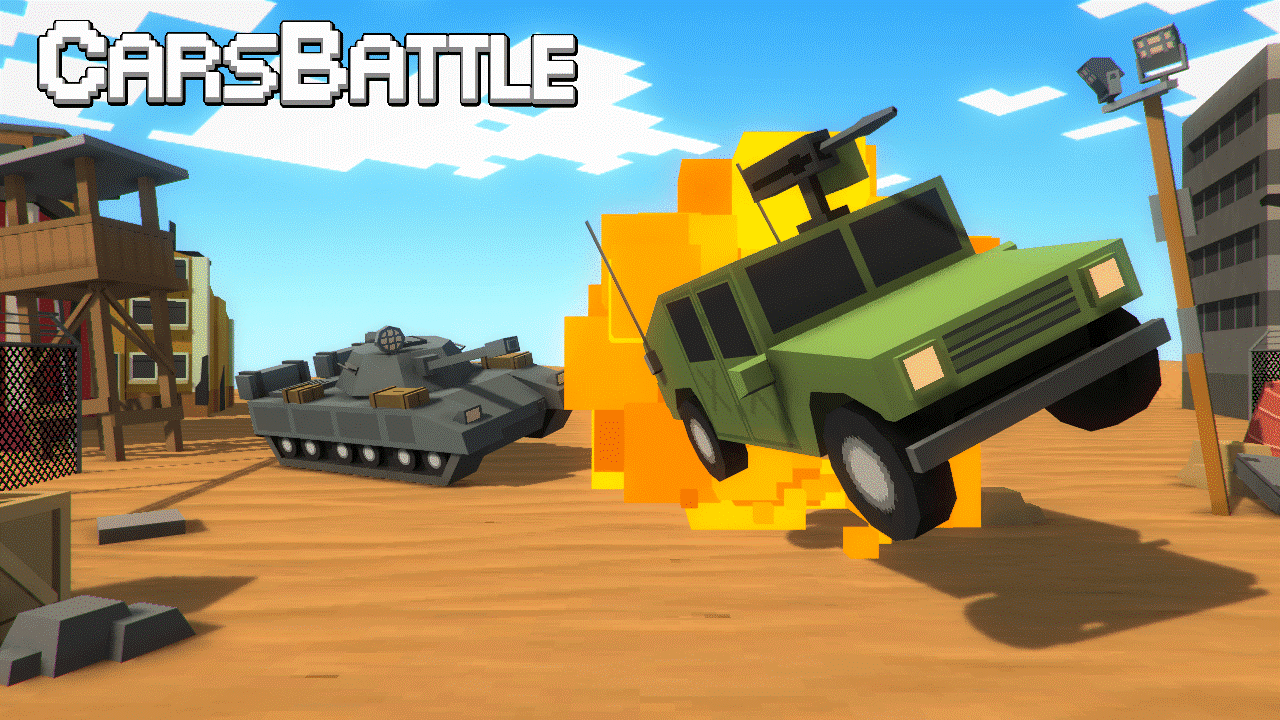 If you have ever played PUBG Mobile, then you might find yourself in a similar situation while playing this car racing game. The concept of CarsBattle racing game is almost identical to PUBG Mobile but this game came into existence long before than PUBG mobile on Android.
CarsBattle consists of a battlefield, where almost 100 racers race against each other, and the one who survives till the end prevails the race. Gamers are given the opportunity to select the vehicle, where modifications are available. Users can customize their car with heavy machine guns to smash other racing contenders. Users can select their weaponry from the inventory as per the requirement and play the game.

P.S. Make certain to stay away from the venomous zombie gas.

So, this was all about the best combat racing games that are currently available in the market for Android. Start exploring the amazing world of combat racing game by downloading and playing the above-mentioned games.