Investing is similar to raising a child with a discipline. The returns will not be paid immediately but in the long run. As a new investor, you must be baffled with the choices, with all new kind of investment avenues around the corner, but it is important to restrict yourself to the right stock that aligns with your personal goals. There are certain factors that an investor needs to figure out like time horizon, the risk appetite, etc. that may affect your investment decision. Contrary to the popular belief, the stock market is not risky, if the investor cracks into the right deal. You should consult a financial expert for a better understanding of stocks that may trigger high returns. As an investor it is your role to research and binge on the investment option that may yield returns.

Here, in this, article, we have listed 7 stocks that experts are being bullish about.

Godrej Consumer Products- the stock of Godrej Consumer Products continues to remain active even when most of the stocks are in a negative terrain, thanks to its strategic initiatives. Recently, the company outperformed its competitors by posting a revenue growth of 9.5% yoy to Rs 2,6303 crore, EBITDA grew by 16.7%, PAT grew by 22.1% to Rs 429.9 crore. 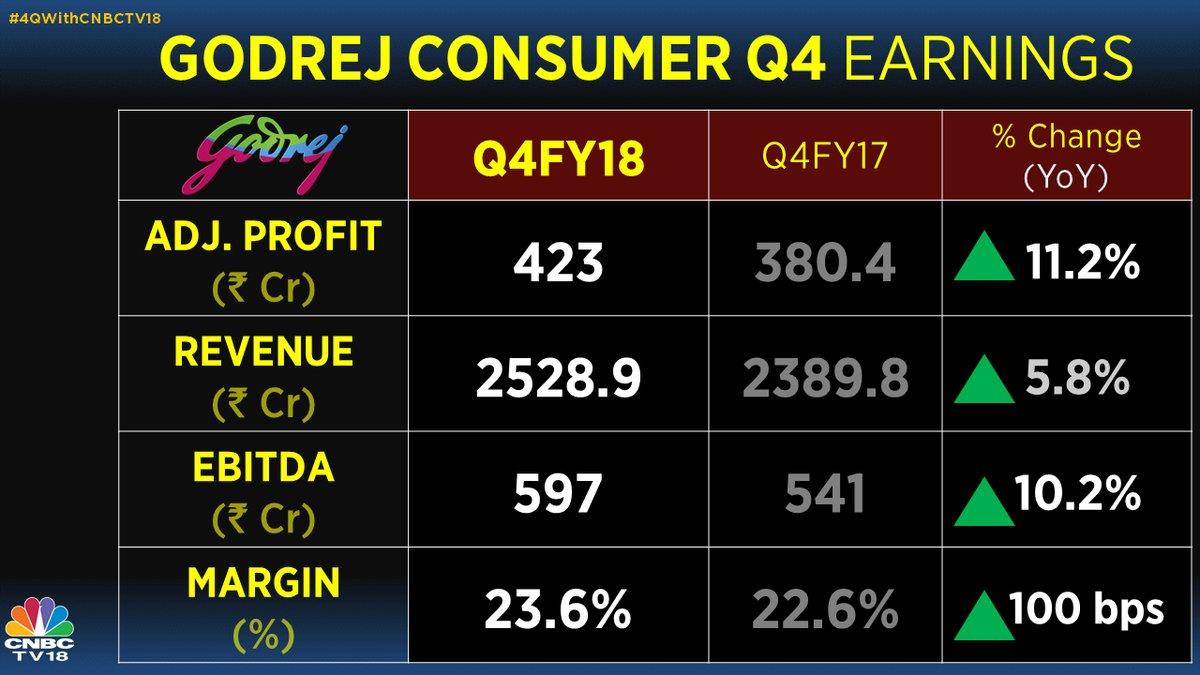 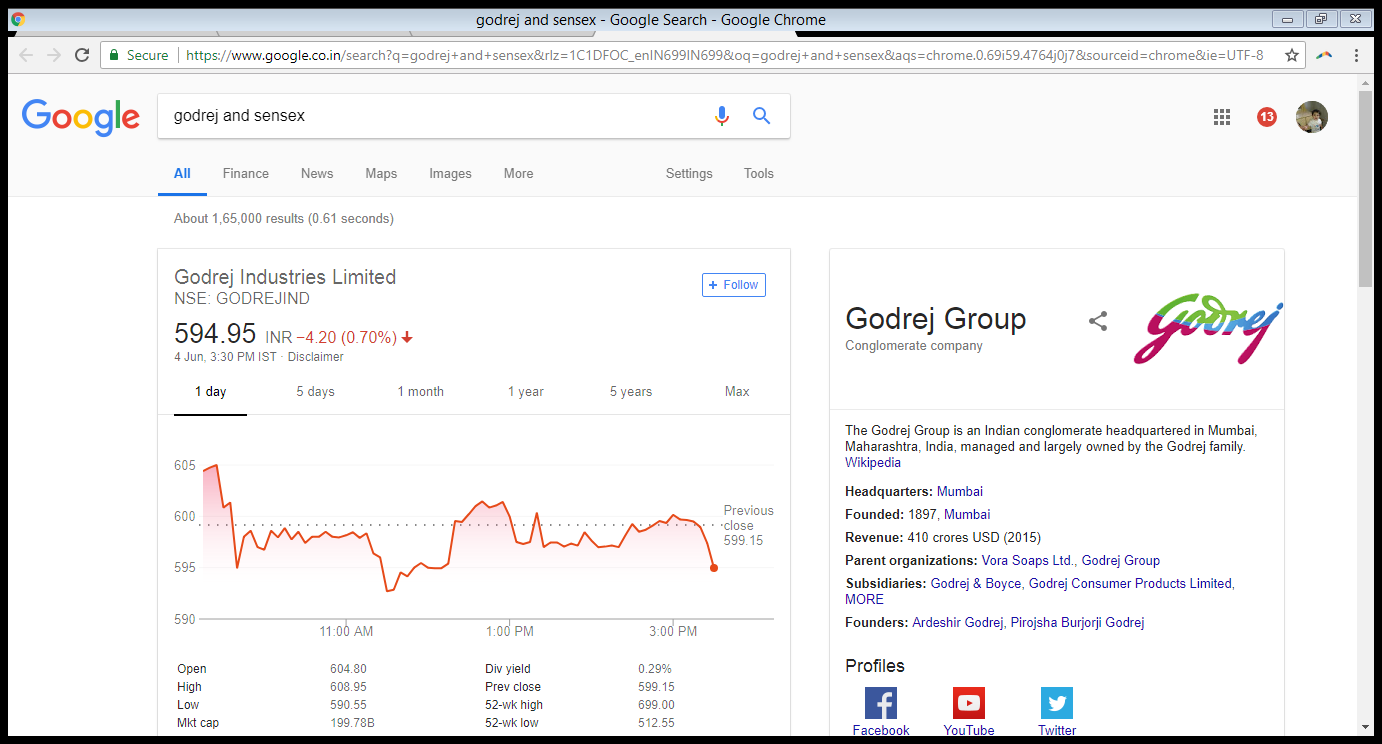 The company's recent plan to acquire oil palm business of Ruchi Soya Industries, which is facing the insolvency proceedings, signals its re-activeness. Apart from that, the company is breaking the barriers and is developing the products that are simple, intuitive, convenient and relevant to the Indian household. The company is

Nestle-The food giant Nestle stood firm in spite of being dogged up by various agencies and consumers. The company took various steps in order to compete with its contemporaries. Its recent merger of Nestle Research Center and Nestle Institute of Health Science into Nestle Research confirms so. It is believed that this newly formed entity will offer the products that will translate high on health and will definitely help them to compete with the nimbler rivals who have been eating up the market share of Nestle like Danone, Unilever, Heinz, Kelogg.
Q1 | FY18 | YoY(%)
Revenue | 2,757.20 | 10.6
EBITDA | 696.90 | 34.7
EBITDA Margin | 25.3 | 451
Net Profit adjusted | 424 | 38.2
In order to keep pace with the rising demand for organic, gluten-free products, the company is developing products that are more relevant and address to the present trends.enjoying the rapport since ages and will continue to hold the legacy forward. 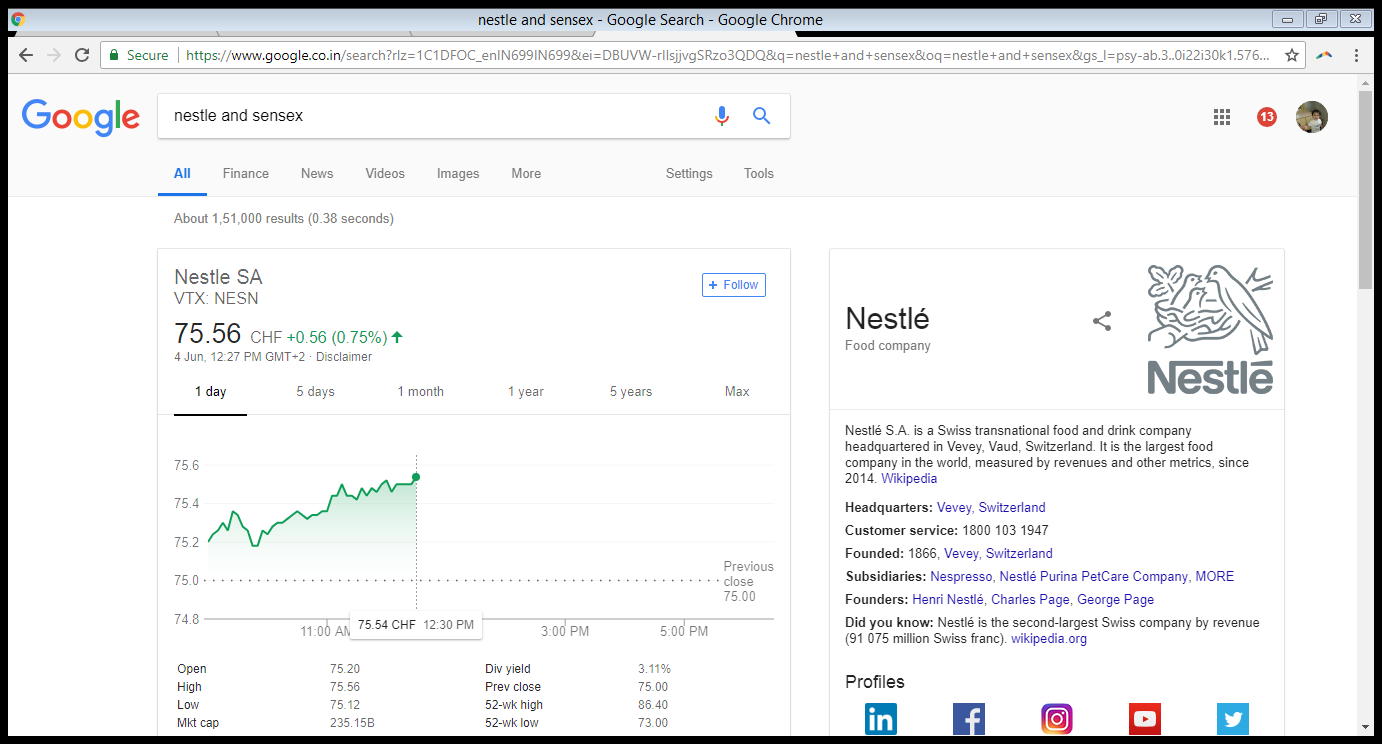 Torrent Pharmaceuticals-Various financial experts have tagged this stock with a buy label due to its recent rise in the consolidated profit by Rs 228 crore for the fourth quarter ended by March 2018. The revenues have increased by 2 % to Rs 6.002 crore, and the revenue in the domestic market has grown up by 19%.
Q3 | FY18 | YoY(%)
Revenue | 1,722 | 20.1
EBITDA | 364 | 23.4
EBITDA Margin | 21.1 | 57
Net Profit adjusted | 228 | 10.7
The company board has declared a final dividend of Rs 5 per equity share of face value of Rs 5 each. The constant innovation and robust growth in the sales in the domestic market is responsible towards it. 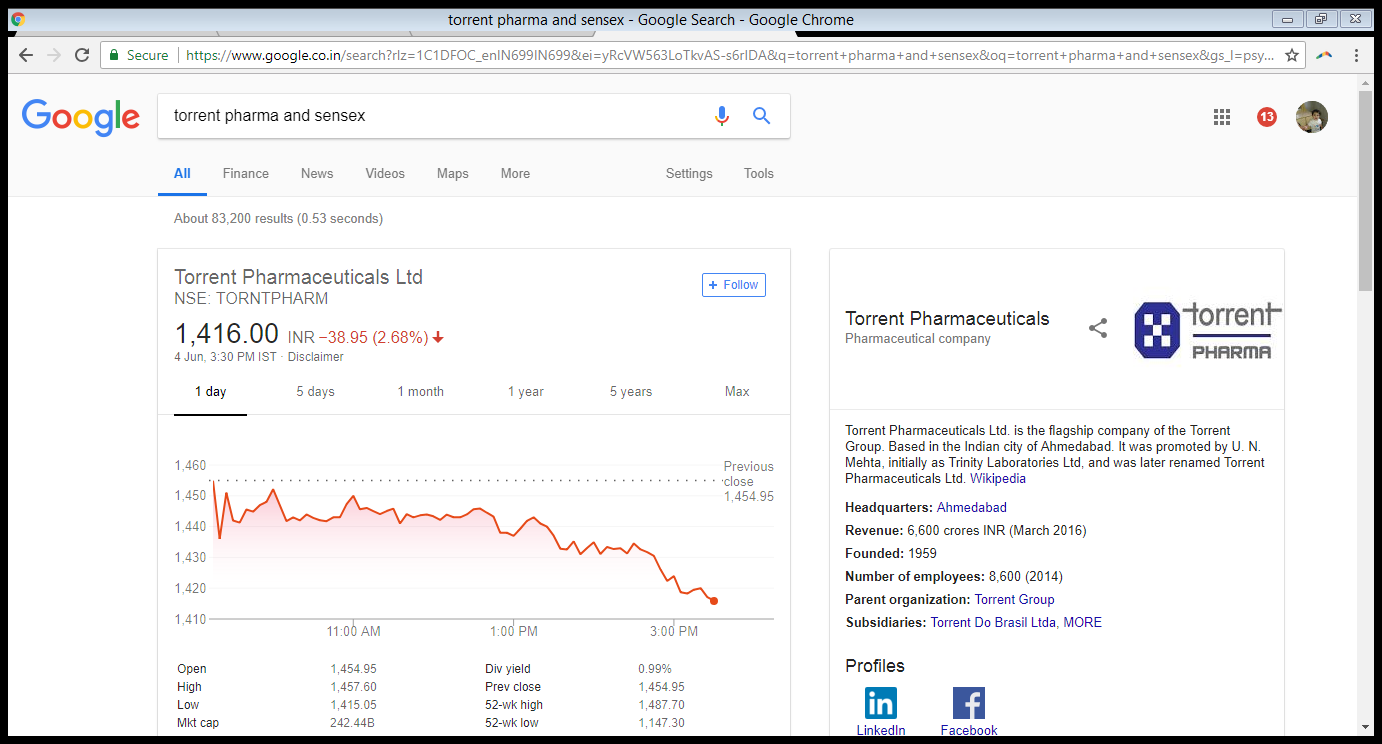 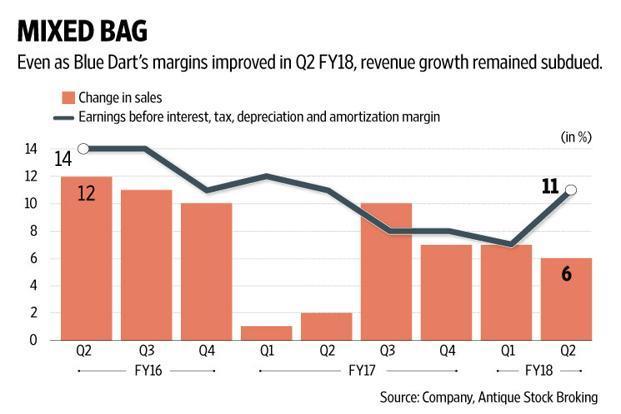 Though the company is facing sluggish growth in the business due to the implementation of GST and competitive pressure and introduction of e-way bill, but it is believed that the automation and technology along with its customer centric culture will help the company to overcome the stress imposed. 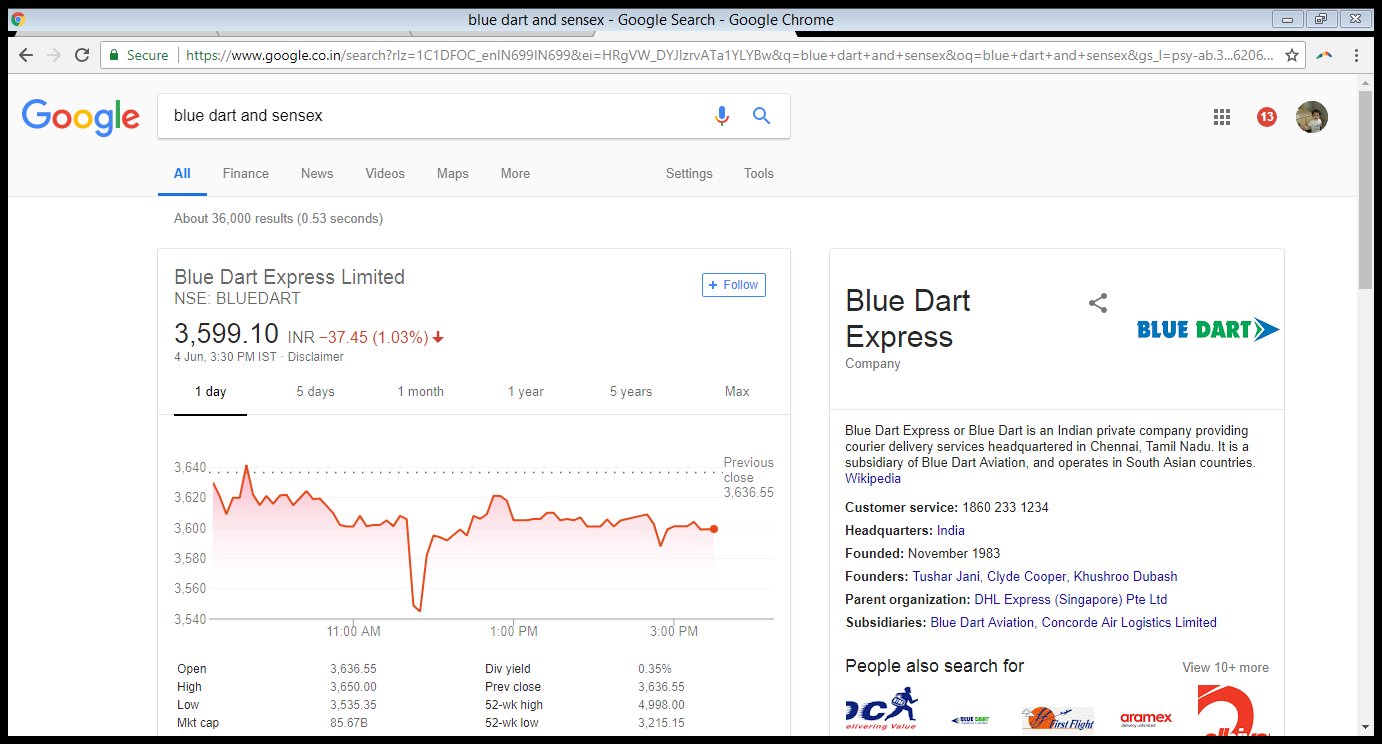 Ashok Leyland-Hindujas flagship brand Ashok Leyland shares are on a rise after it reported 51% jump in its total sales of Rs 13,659 units in May. The company has already sold 9075 units in the same month last year, the sales of heavy commercial vehicles have increased to 70% to 10,421 units in May as against 6,143 units a year ago. The light commercial vehicles sales have also increased to 3,238 units as compared to 2,932 units in May; a steady growth of 10% is reported. 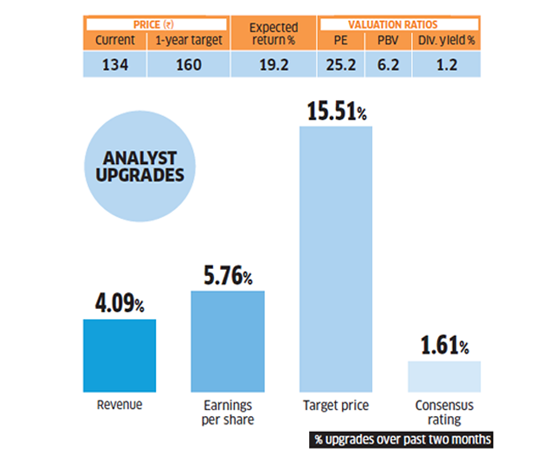 Though the company's stock witnessed a slow- down of 12% in the past two weeks, but it is believed that above-concerns are transient in nature and so far there are several factors that have boosted the demand of medium and light commercial vehicle. The construction of new roads by the National Highway Authority of India , road widening projects, recovery in GDP have all been the contributing factors towards the rise of this stock. 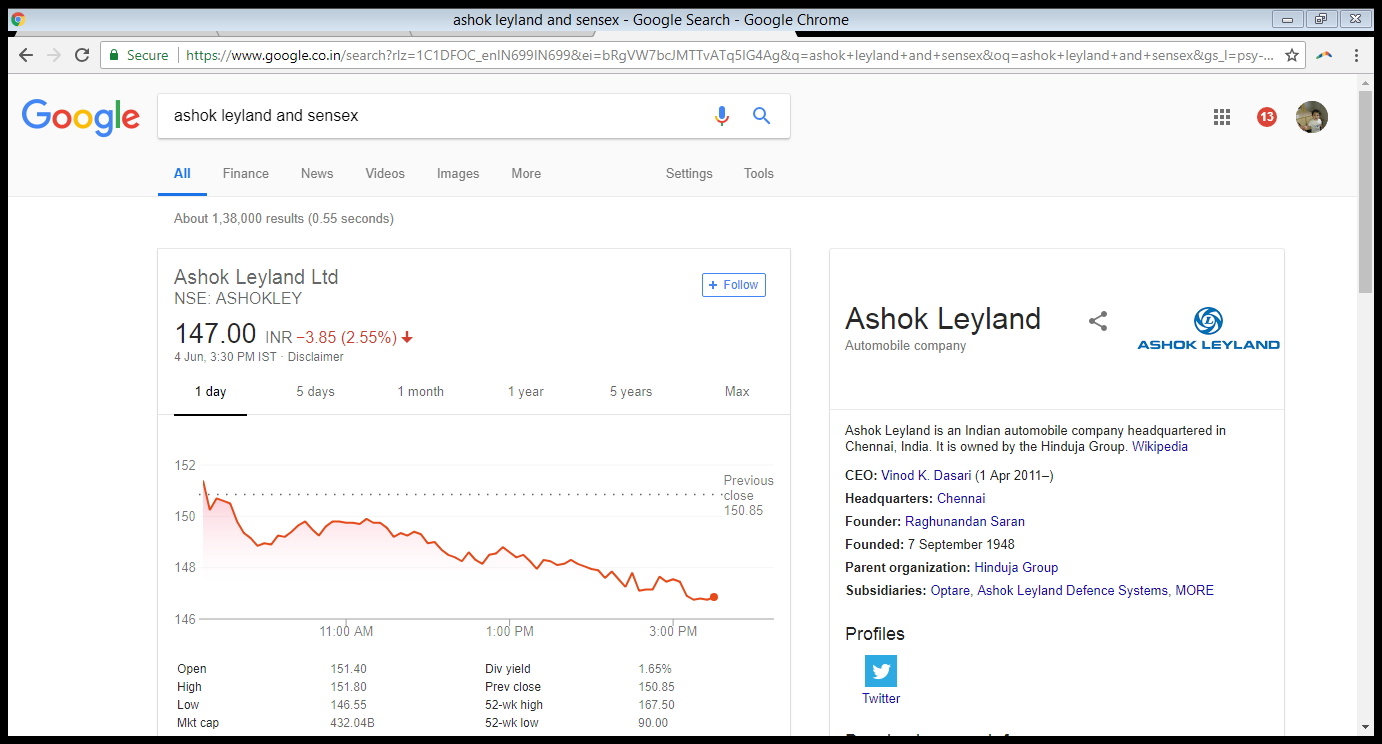 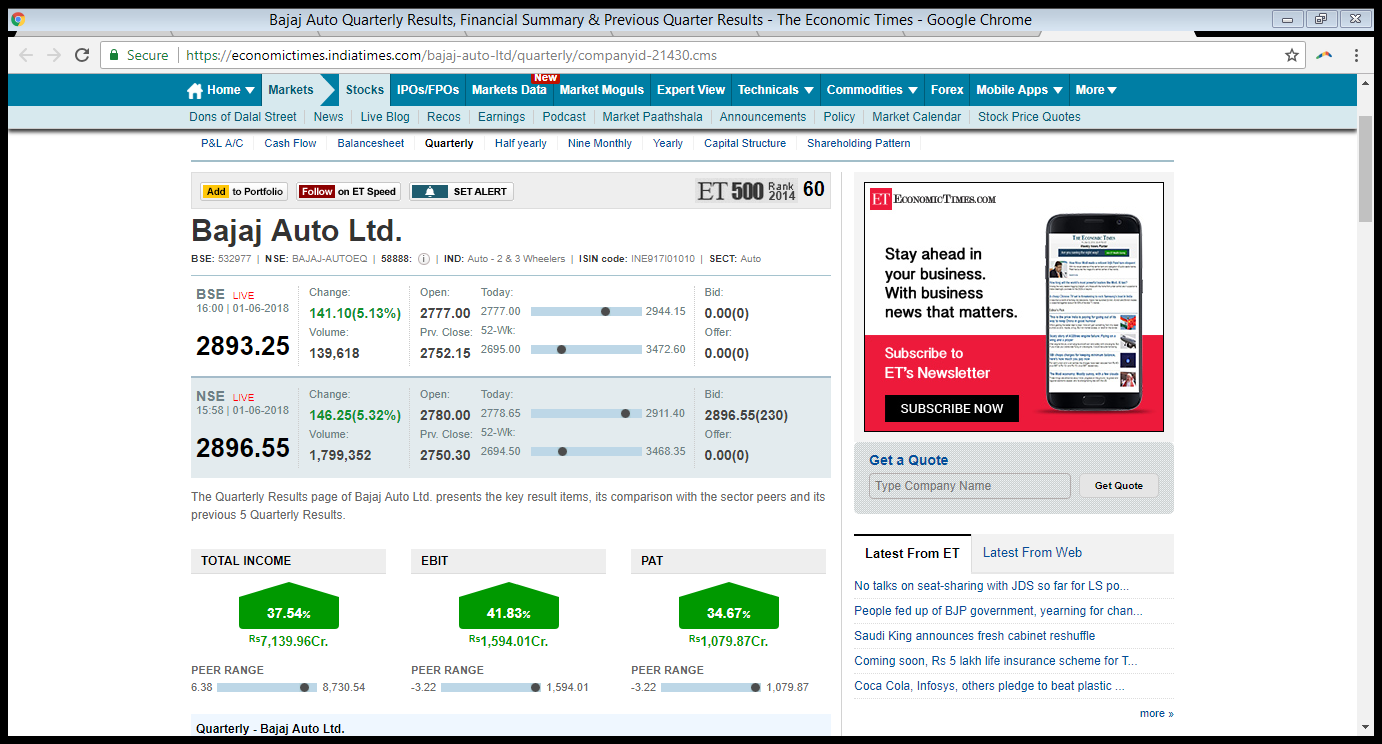 Embed Image In Article
The scrip was trading at 23.5% after it announced its results. Bajaj Auto is counted as the fourth largest two wheeler and three wheeler manufacturer. Despite the weak market sentiment the auto stocks are trading green.

National Aluminum- This Navratna public sector undertaking have benefited from the rise in global aluminum prices coupled with the fall of rupee. 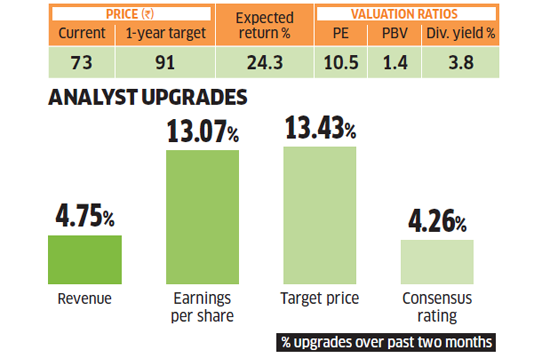 The company has reported an increase in the net profit and a growth of more than 100% i.e. Rs 1342.19 crore as against Rs 669 crore in the previous year. As per the quarterly results, the company has declared the net profit of Rs 257.06 crore. During this year, NALCO was declared as the third highest net foreign exchange earner. The net sales turnover and exports have also outpaced the competition level. 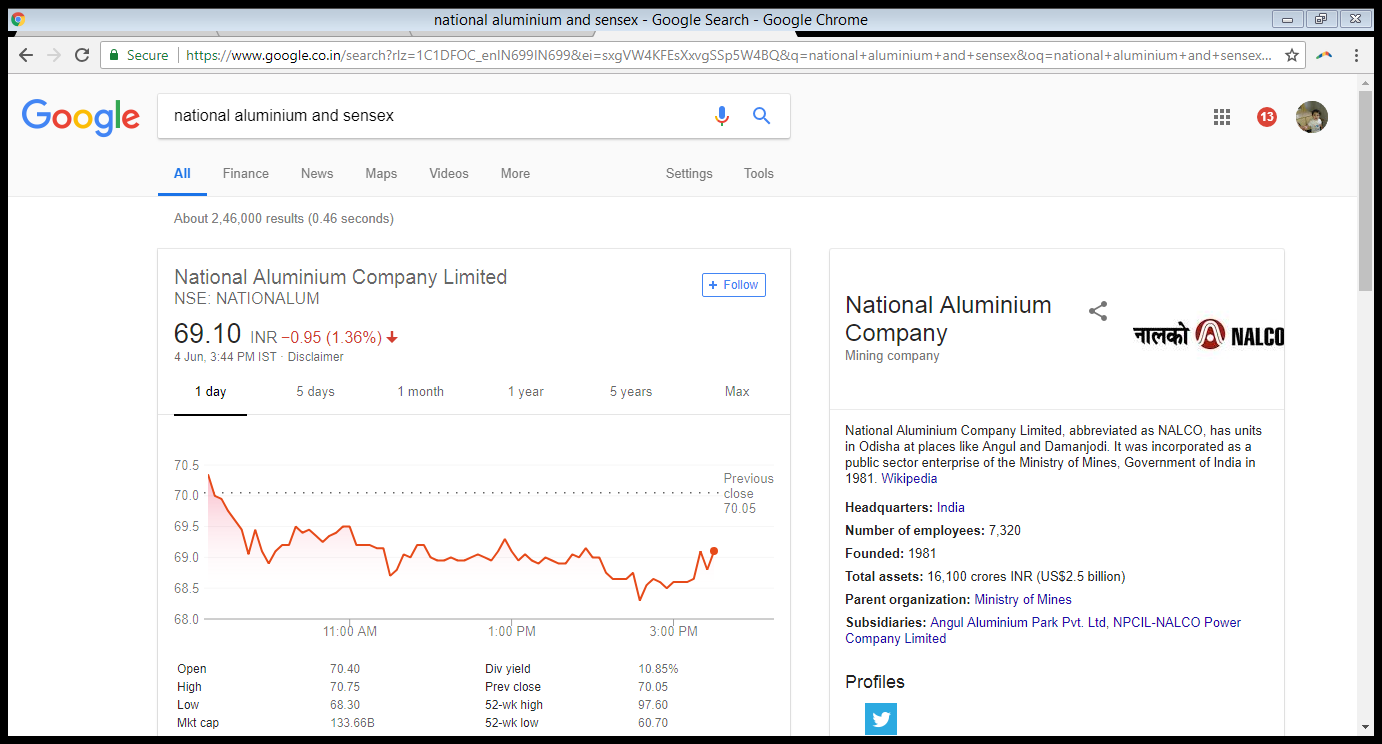 Conclusion
These are some of the stocks that demand the biggest consensus calls of the experts despite of facing the global threats. Definitely these stocks command attention of the investor and will generate wealth for them.