If you have not heard of Cinavia, you will need an introduction to the concept first. To begin with, Cinavia is a digital rights management protocol that helps by making pirated discs not playable. The feature works in the form of a watermark inserted in the audio stream of the commercial shows. The feature initially made its appearance through a few DVDs and is available on a wide range of commercial Blu-Ray discs.

The presence of Cinavia would not prevent you from making copies of your Blu-Ray discs. The technology involves a watermark in the audio stream within the tool.
When the disc is played on a device, the software would recognize the signal that is embedded into the audio stream. This will mute the audio stream after playing the same for around 20 minutes of play. In fact, Cinavia forms part of the Blu-Ray DRM protection specifications.
Not that every Blu-Ray disc may not come with the Cinavia software option. It isn't compulsory to opt for the services but offered as an optional content protection protocol.
Which software would we recommend for removing Cinavia protection on your Blu-Ray discs? Here are the suggestions we would make.

CinEx HD a great tool in its own right for Cinavia removal. It can handle Cinavia removal from Blu-Ray discs, DVDs and regular video files through a few simple clicks. The ability to work with the other video formats along with Blu-Ray make it one of the excellent options in comparison to the competitors in the genre. 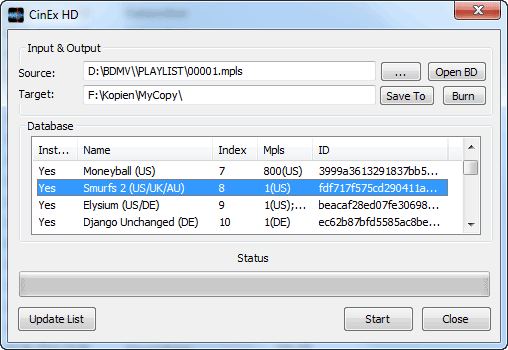 We rate the interface to be the intuitive best in its category. That is precisely what makes it an excellent option for the newbies. However, it can only be used for the removal of Cinavia from your discs. If you are looking for a tool that can handle other options as well - like decrypting, removing the region codes and AACs. But, the fact that it does not compress or convert the videos is one of the features you will find quite useful. Your videos will remain of the same quality and you will not need to settle down with a inferior quality output.

This is yet another tool that can help you remove the Cinavia effectively from your Blu-Ray discs. However, the tool in itself does not work for Cinavia removal but would need additional software for the purpose. 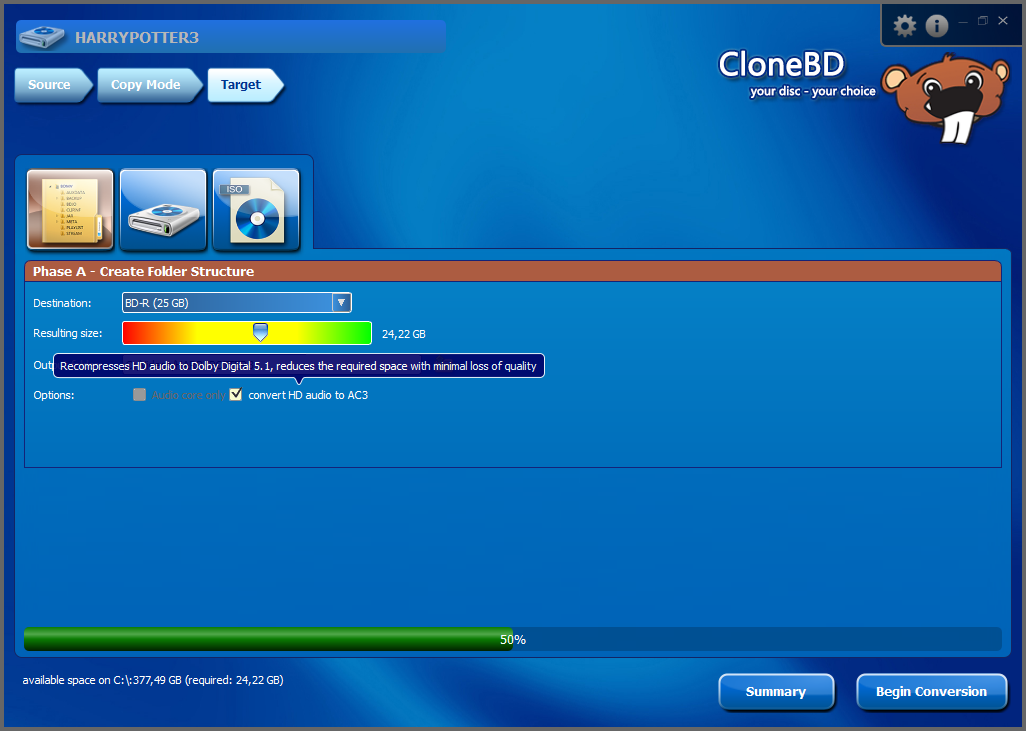 Yes, CloneBD - as the name itself should be indicative enough - is the tool that can clone or copy the contents of your Blu-Ray disc. You would need to use AnyDVD HD for the Cinavia removal. The AnyDVD HD would let you enable the feature of Cinavia removal in combination with CloneBD. That would necessitate the purchase of two separate software tools for one application. The audio converted tends to be a little low quality as compared to the original video on your Blu-Ray disc.
We would not consider the option to be one of the best given the fact that you need two tools and need to lose the audio quality.

That is indeed one of the best and most famous Cinavia removal tools for most of your needs. The faster performance is one of the features we love within the software. 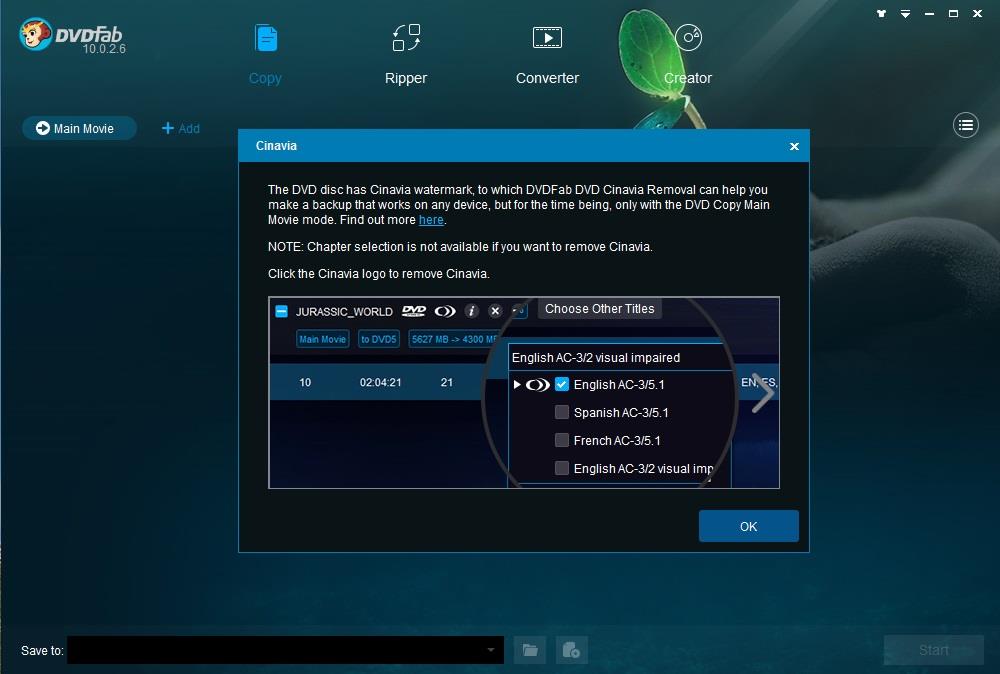 The tool keeps the original DTS-HD audio, unlike the other Cinavia removal tools we have covered here. For DVDs, it will provide you with the AC3 audio. The DVDFab Cinavia removal tool works with DVD Copy, Blu-ray Copy, and Blu-Ray Ripper tools from DVDFab for providing you lossless Cinavia removal functionality. It offers you a trial offer to use the tool and can opt for the subscription if you are satisfied. The trial offer will let you use it for Cinavia removal for one DVD and one Blu-Ray disc.
The audio quality you can access after removal of the Cinavia would remain completely equal to that on your original Blu-Ray disc and almost equivalent in case you are using it for the DVDs. That should be in sharp contrast to the other tools we have discussed in this compilation.

Cinavia is the protection feature for the copyright protection of your content on your several discs including Blu-Ray discs and DVDs in some regions. However, while looking for the Cinavia removal tools - we could only come across three major tools in the form of Cinavia removal options we have already discussed in the above discussion.
Of the services we have featured here, you can opt for the one that meets your needs based on the requirements you may have. In fact, if you are looking for a tool with a lossless audio performance, CinEx and CloneBD may not live up to your exact expectations. The AC3 audio performance may be a little off track for the audiophiles out there. DVDFab, on the other hand, offers you excellent audio quality when it comes to the lossless audio quality.

Which services among these would you opt for? Have you used any of them for your needs? If you have, do share your thoughts and opinions with us. You may also share the options you may have used. Cinavia is an important aspect of your Blu-Ray functionality and we would definitely assume that the tools we have discussed here would be useful for your needs.