McAfee is not a new name in the Antivirus sphere. However, the mobile phone platform is entirely different from the PC when it comes to handling the attacks from malware and other attempts at destabilizing the security of your system. Malware protection is one of the most important aspects as also is the ability to provide an effective Anti Theft feature when you are thinking of developing an Antivirus solution for Android. McAfee provides almost all the features at par with the competitors at the top but is a little pricey.

McAfee is a big name in the PC Antivirus scenario but does not seem to be focussing much on the Android arena. The app does come with solid features worth the attention. 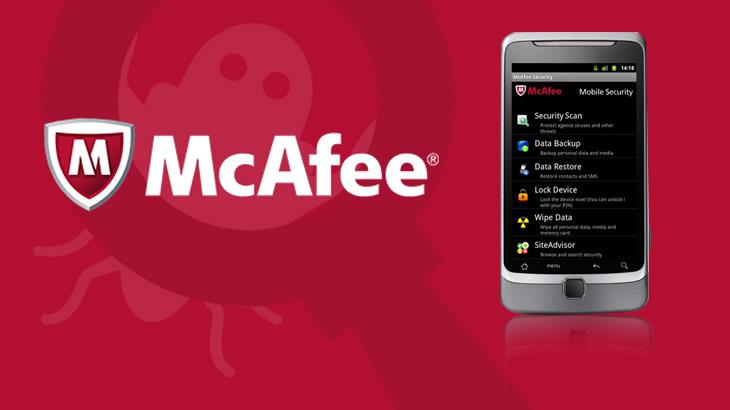 There are a host of offers and features that would make it an interesting Antivirus in itself. The Web Shield, malware protection, and Anti Theft features - all of them are impressive enough. But, are all the features worth the efforts, and money you would be putting into it? Let us check out the features one by one.

The excellent features that McAfee Mobile Security offers you

Well, the app does it come with its own features. Understanding each of the features in a clear manner would help us take a complete solution in its own right.

McAfee Mobile Security and Antivirus understands the risks involved in the form of malware detection and their elimination. You are assured of round the clock protection of phone and your valuable data through real-time protection against malware and hacking attempts.
The service offers only one scanning option by default, but you can use a couple of toggles for working through a host of scan options. You have the option of configuring the app to scan all apps, the potentially risky apps and scan all your text and multimedia messages. The tests have shown that the tool is capable of providing a 99.5 percent success in detecting malware and other potentially risky behaviours.

This is one of the most desired options one would look for in a mobile Antivirus solution. The Anti Theft and data protection features introduced by McAfee are at par with most of the competitors. You have access to SMS commands in addition to the usual Anti Theft features on the web portal.
The features available would let you lock, erase and locate your lost device quite instantly. The locate feature would use GPS to have access to the coordinates of the phone. Apart from these commands available on both the SMS and web portal, you get a few additional features on the web portal. The Alarm feature would let you make the phone let out a screaming alarm. The feature will make your phone ring even if it set to mute. There is CaptureCam feature that would send a secret message to the phone and take a snap of anyone tapping on the screen. The photo so taken would be sent to your email ID registered with McAfee.

The web protection in the form of Web Shield offers an excellent functionality. The feature can work great in blocking risky or dangerous websites. However, there is a limitation here. The feature does not work with third-party browsers. You can activate Web Shield functionality only on the native Android browser. If you are someone using any other browser like Chrome or Firefox (like most of us do it), you will definitely be annoyed with the inability. We would expect the feature rolling out for other browsers soon.

The app lock feature works the way you would expect it to. The service would block access to the apps you have locked - unless the predefined PIN is entered. We did not find the support for fingerprints to launch the apps though.

We have already come to know about the Privacy Advisor features while discussing other Antivirus solutions in this series. However, the tool is quite robust in comparison to the competing Antivirus solutions. There is a Data Exposure feature that would let you find the rating of the apps based on the amount of data shared.
The apps are rated on the basis of the category so as to arrive at a realistic approach in analyzing their rating. Some of the categories are Social, Travel, Communication and Productivity.