Antivirus solutions have become a necessity in today's changing scenario of Internet vulnerability. Our lives have gone digital and almost our whole lives are can be mapped through the internet. From that perspective, keeping your Android device safe from the malware attacks and hacking attempts is one of the major needs for your security. We have been covering the best Antivirus solutions for Android and now it is the turn of one of the highly renowned service providers in the arena. Yes, we are talking about Avast Mobile Security in today's post.

Avast has been an Antivirus giant and lives up to the crown even with a host of competing products. The Mobile Security version - also known as Avast Mobile Security and Antivirus on Google Play Store has been one of the favourites with the Android fans. 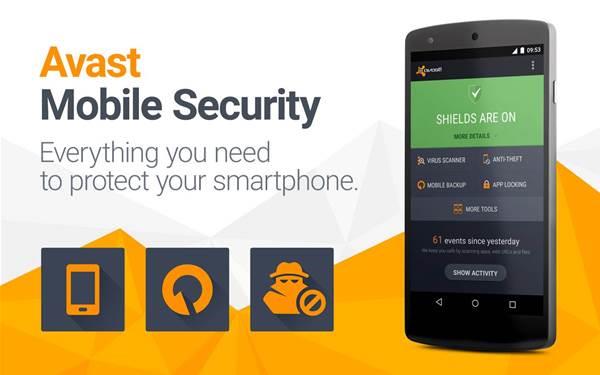 The service has had over 100 million downloads on the Google Play Store and boasts of a 4.5 rating. It is not without anything that it has been the winner of Editor's Choice awards till recently until it began going through a few issues and complications. One of the features that we loved the most with the software include its high rate of malware detection.

The features that would make it a powerful solution

Well, we will check out the features that the tool offers you so that you will get a hold of what you can expect from Avast Mobile Security if you make a choice to opt for it.

Malware Protection is an important aspect of an Antivirus solution for Android and Avast understands it clearly well. That should explain why it has placed it at the forefront of the app and makes it the main feature of the tool.
The scan speed is a little slower compared to the other players in the similar genre. However, you have the scheduling option for the scan so that you can set it to complete when you sleep. The Malware scan can be scheduled for the day and time of your preference. The performance of the malware scan is indeed worth the commemoration. The AV tests have shown that it is capable of detecting malware with a success rate of about 95 to 98 percent with the known real-time threats.

Protection against the malware and other attacks, while you are browsing the internet, is yet another feature you would look ahead for in a mobile Antivirus solution. Avast offers you Web Shield that would protect you against such attacks in an effective way.
The best part of the Web Shield protection is the fact that it can work with almost all popular browsers. That includes the native Android browser, Chrome, Firefox and Boat Browser to name just a few. In our tests, the app was capable of detecting most of the malicious sites and blocked them when we attempted browsing them with Web Shield protection on.

The Call Blocker feature works in a similar way as most of the call blockers. It lets you create a blacklist so that you can block a call from a particular number. You can also configure it to block a particular category of numbers.
However, we found the service is not reliable as it should have been. Moreover, most Android phones come with the native application for the feature. At times, we found even blocked contacts being able to make a successful call to us. A good feature, but poorly implemented - we must say.

This is yet another common feature found in most Antivirus solutions. It scans the applications you have installed on your phone and finds if they contain any malware. The permissions that the app requests are scanned and the apps are categorized based on it as - High, Average and Low priority.
If you are on Android Marshmallow or above, you can be selective about the permissions you grant to an app. However, Avast does not recognize the actual permissions granted to an app and thus overrides the Android Permissions manager (In fact, this has been our complaint with the Privacy Advisor feature on almost all Android Antivirus solutions).

That's what Avast excels with its offering. In fact, Avast is the best in terms of its wide array of Anti Theft solutions. The host features available on the Anti Theft front should make it a great choice in its own right. And yes, the features are available for both free and Pro users.
The SMS commands are lacking though. We are not sure as to why they have been omitted.

This is a Pro feature and should ideally be the most needed update to the core app that was implemented only recently. The feature lets you lock your apps and uses only the fingerprint scanner option for the apps. Of course, you can fall back on the PIN feature just in case.
Setting up App Locker is a concern though, not because of any lack of functionality as such - but the setup for the same. Once set up, the app works just great.

If you are looking for comprehensive customization options, then Avast should be your prime choice. The individual components of the tool are interesting and work the best - both in terms of functionality and implementation. However, the app still seems to be going through a few glitches here and there. We would just hope to find the updates solving the issue for better.
The security features of the app are what we are completely happy with. A lot of good work, but lack of proper implementation are what would make it a poor choice. We would expect the developers to come up with a few plans to make it effective implementing the features in a practical way.