Android is one of the ubiquitous operating systems used on a smartphone these days. Google, who is behind the most popular and widely used mobile operating system has been quite vocal about the importance that the security carries with respect to your smartphone. In fact, it has made it quite transparent about which security patches your phone is equipped with and how to check it.

How are Android security patches deployed?

How to check if your Android phone has all the security patches installed? 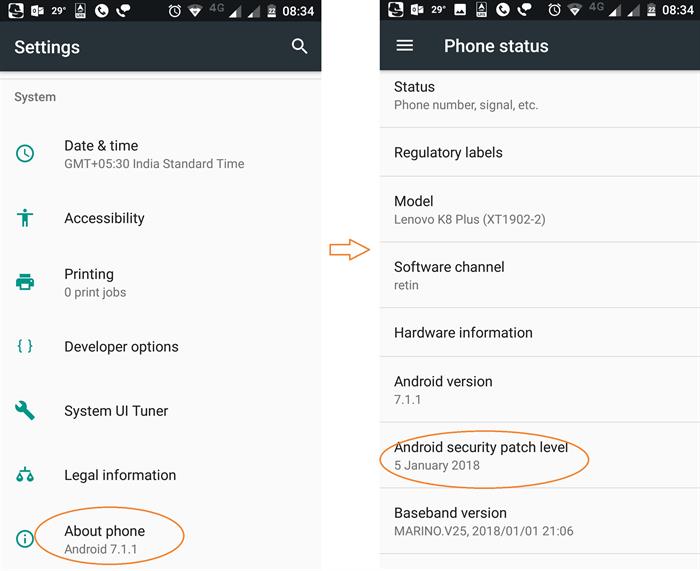 Please note that the date you find on the Android security patch level on your device is not the one that you have received it on, but the date at which the patch was first released for public. Normally, you would get an update at a later date than it has been released.

How to check the latest Android Security patch available?

Well, the Security patch level you observe on your device is the latest one that is installed on your smartphone.It may not be necessarily the latest patch released by Google. In most cases, it isn't. As the patches need to be approved by the third party manufacturers so as to make sure that the patches do not interfere with their customized version of the operating system.
As we stated before, it is the Google Nexus and Pixel devices that are the first to receive the security updates. Even in their case, there is a time frame observed for providing the updates. As per the documentation provided by Google, the Pixel and Nexus devices are entitled to receive the security patches for at least three years from the date of the first release of the device. The patch will also be available for at least 18 months from the date the last device was sold from the Google Store.
You can check the latest available security patch in two ways.
Through Your device Settings 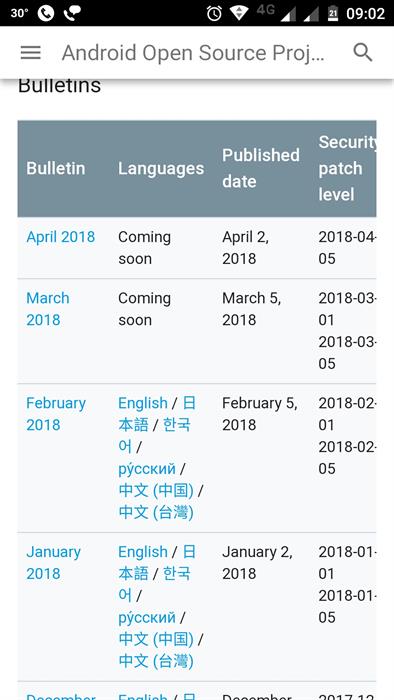 Through Android Security Bulletin
You can access the Android Security Bulletin from your web browsers directly instead of opting for it through the About Phone section. You should find the security patches available for the Android platform. The documentation also contains information on the security vulnerabilities and their fixes that have been addressed in the respective security patches.
The information available on the chart, as shown above, is not specific for any particular device, but for the entire Android platform.

What if you are stuck on a particular security patch?

As has already been made clear, the security patches would be made available only if your device conforms to the timeline as indicated above. It would also be dependent upon the device manufacturers as to whether they are willing to release the latest patches for your device model.
The best way would be to get in touch with your device manufacturer. Posting on the forums or discussion boards may be practical enough and can offer you solutions. If the customer care service of your device manufacturer is reliable and considerate enough, you can give a thought to sharing your feedback or grievance.
Another best option for you if you want to stay on the latest updates with respect to the security patches on your phone, you can consider switching to a custom ROM for your device. However, using a custom ROM can void your warranty. But, the feature updates you tend to get can be a real incentive.

That is how you should be able to check the latest security updates for your Android smartphone. We assume that we have explained the concept in a simple and lucid manner. If you are in doubt, do share your thoughts and experiences with us so that our readers will stand to benefit.