It's almost mid-April, and yet we can never get enough of Android games. Truth is, without them, the Android device itself would turn out to be boring. Yes, that's how much important are Android games. In fact, they are ones which come to our rescue when we get stuck in traffic or say, a boring meeting!!

More than often, we would like to try out new games. Every few days, we wait eagerly for new Android games to show up in the Play Store and before you know it, we have already become a fan of those games. Have you heard of the recent Android games that have stormed the Play Store? If not, gear up and have a go at these Android games. News is that they are the best of the month of April. Go on and download!!

1. Battleheart – Having a massive set of 30 campaign levels, this Android game is known to be a real-time strategy game. With its host of castles, kings, queens, magicians, knights, to name a few, this game will have you hooked after playing a few minutes. 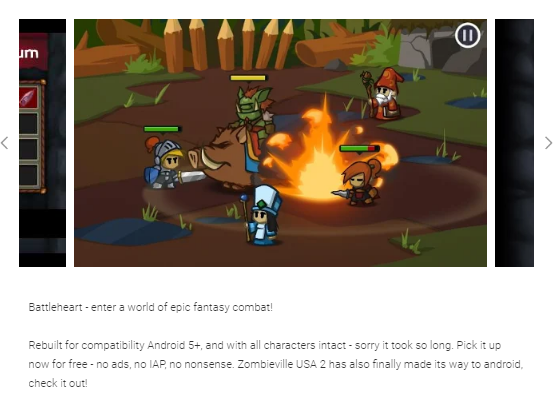 The good news is that as you keep on playing the game, you will be able to upgrade yourself as well as customize your players and weapons.

2. Tomb of the mask – Want to play a game which gives off the 'retro' vibes? Go for this game. This Android game will give you that feeling. Not only that, the game, very much like the name suggests, will let you see what likes behind the tombs' doors – well, though it's basically an idea. 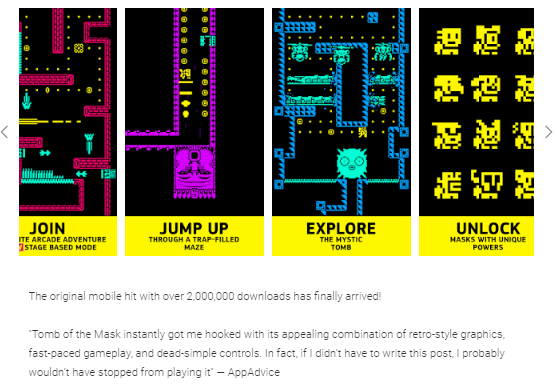 You will also be able to climb the tombs' walls and ceilings.

3. Smash hit – In this game, you will be given a number of crystals with a few balls. You, as the player has to hit the crystals with the balls; though keep in mind that it is not that easy. Coupled with good graphics and good synchronized music, this game is the one to go for if you are feeling lazy and don't want to flex your muscles wrestling your enemies!

4. Fast like a fox – If you are the type who likes fast-paced games, then this game is for you. 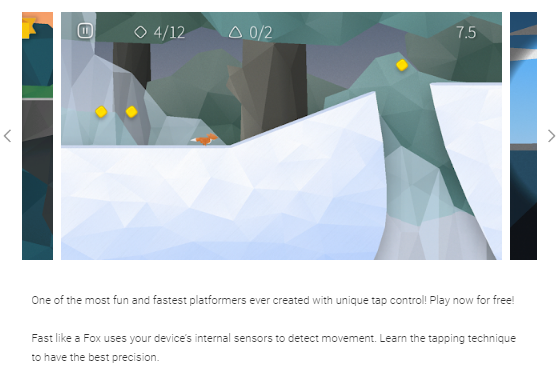 You, as the player, will be the fox in which you have to reclaim all of your lost coins and gems which were stolen by evil minions.

5. Tap the tower – Dubbed as an addictive and fun game, this game is a kind of 'runner game' in which – you have guessed it right – you have to climb as high as you can. You, as the player, have to climb the planks which will be connected by ladders. Of course, your journey won't be that easy since your journey will be marred with rolling barrels and not to mention, fiery waterfalls, zombies and such.

6. The battle of polytopia – Almost like the famous game 'Clash of clans', this game is a turn-based strategy game in which your goal will be to wipe out the rest of the tribes to be the winner. This game currently, is the favourites of many with its cute and adorable pixelated characters which will make up your tribe.

7. Glitch – This is quite a funny game, due to the fact that you as the player will be a virus – a computer virus and your objective will be to attack a computer. You as the virus can attack the computer by arming yourself with weapons and shields.

8. Charles2 – This game has become the favourite of many. You as the player will be required to move the tiny plane around and destroy the dots; but remember that, to do that, you will be needed to be faster and quicker so that you can dodge your enemies. 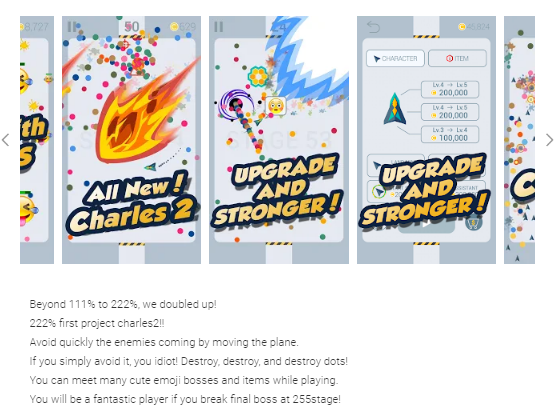 What's more, you can also boost yourself with little power-ups that come in between your goals.


9. Red Ball 4 – Remember the Nokia Bounce game? I bet you do, most of us passed our childhood playing that game. This game app 'Red Ball 4' is the upgraded version of that game, though the rule is the same – to bounce your way through the game by wiping all the evil minions. However, since it is the upgraded version, this game comes with 75 levels and which is more than enough to keep you busy for a few days.


10. Circle Affinity – Have a few minutes to waste? Why not play the 'Circle Affinity'? This is quite a fun game in which you have run in circles – literally. In other words, you as the player has to navigate your character through a series of circular shapes so that you can uncover the hidden inner circle. But remember that you have to be quick enough or else, the red shards will wipe away your character from the circle and you have to start all over again.

And that's a wrap. I am sure that you are going to enjoy these games. Feel free to share on which one ended up being your favorite.