Xiomi is one of the most popular brands which is famous for its quality product and lower price. Because of excellence in its products, it is also known as the 'Apple of China'. Xiomi manufactures different kinds of accessories along with smartphones. The company set its foot in the VR market through its MI VR Play headset. It's the first VR headset manufactured by Xiomi which has been designed according to Google Cardboard VR Box technology. It fully supports the official cardboard app of Google and other apps and games from the Play Store.

Mi VR Play costs 999 making it in the list of budget VR headsets. Mi VR has a totally unique design compared to the other headsets in the market. Other headsets have a holder panel or give you the option to slide in your phone but Mi VR Play has two-way zipper design to put your phone inside. With anti reflective 42mm lenses the company claims to provide an amazing immersive VR experience. It is made out of different kind of fabrics called Lycra which makes Play VR very light in weight. Just weighing around 200 gram, you feel nothing while holding it in your hand. It has a dual opening at the back which can be used for positioning of the phone inside the holder and it also allows heat dissipation of the phone. You can also record panoramic videos and watch it later which gives the feeling like you are really at that place. You can watch 3D movies, 360 videos and can play games on Play VR. It comes with a textured metal button which is used for navigating your phone menu without taking it out of the headset case. It is easily compatible with all the smartphone with a screen size between 4.7" to 5.7". Some users have claimed that MI Max smartphone having 6" screen also fits in easily, means it can be used for bigger phones too. 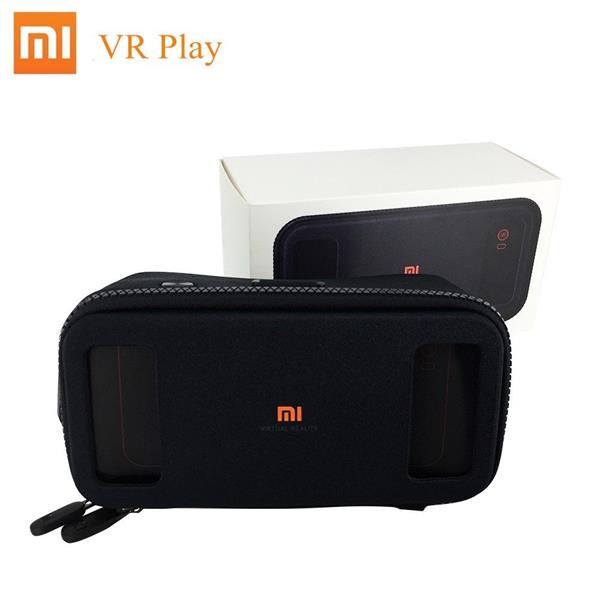 The main negative point about Mi VR Play is that Indian variant has no head strap. In Chinese version which was launched earlier in China, it comes with a headband but there is no head band in Indian variant for support. It means you will have to hold the phone with your hands while using it. It can be irritating if you are planning to watch your favorite movie in Play VR. According to the company, they have excluded the head strap as per the instruction of Google Cardboard which stress on not including head straps in the VR headsets to avoid addiction towards it. The company may have earned a place in the good book of Google but it has not earned the company few good customers who are disappointed because of the unavailability of head straps. The next big Cons of Mi VR Play is that you can neither adjust focal distance nor inter pupillary distance. In some cases, you need to adjust the focal and inter pupillary distance to avoid image distortion and eye stress and fatigue but Mi VR Play disappoints once again because it comes with fixed lenses which can not be adjusted according to the comfort level of viewers. So, it can not be thrilling for a person having near sightedness or far sightedness.

These are all the positive and negative of Mi VR Play. Overall it is a good product from a reputed world class company which has always satisfied its users with new innovations and affordable price. However, Play VR has some cons but still, you can go for it if you are not assured of the quality of headsets from other manufacturers. For those who have never experienced VR before this can be a better option.