Here are some of the features of this operating system that you should know. 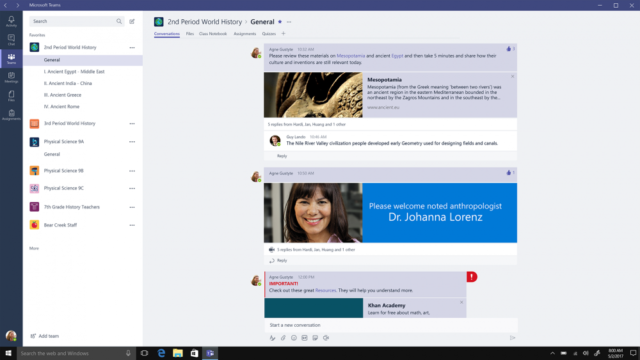 Though Windows 10 S is locked down on most of the functions. It does let you have some freedom and use any app from the Store. You don't have much freedom on running your own apps or some resource heavy apps. Though it is possible with if you upgrade but they are making W10S as an exclusive way to run education-specific programs on the desktop. Most of the apps on the Windows 10 store are free. And for educational use, you'd find free apps good enough for daily use. However, most of the Windows 10 Pro-based apps won't be run here. For example, Linux apps and the Console Apps won't be usable under new Windows 10 S version. So it all comes down to how students and schools use apps which are limited to this edition. You can expect these apps to replace ChromeOS specific apps that students use.

Most of the school teachers and students use the MS Office suite. For example, Spreadsheet and Word applications are more likely to be used by teachers. Those apps are likely to be used with OneDrive Cloud integration. You can either choose to use it on desktop or cloud. No specific preference is mentioned for out of the box deals. The suite is meant to compete with Google GSuite package where most of the cloud apps are set for free of cost. And that's what is going to be available here in the Windows 10S edition. I think it'd be interesting to see how that works out among schools and the Chromebook users.

Windows 10 S has the UWP programs inside the Store. The programs released in this Store are specifically designed with UWP code. The programs are both 32 bit and 64 bit published in the Windows 10 S store. It has some of the programs in a lock down mode. So anything in that Store hosted is very specifically released with UWP in mind. The UWP framework is also known as Project Centennial, designed for the Mobile and the low cost or low resource version machines. Think of it like Chrome extension designed only for the Chrome OS. Currently, the UWP apps are only specific to the creator update. So you may not find much difference with these programs but they are bare-bone apps for now.

The system is going to update itself in the background. And the encryption on hardware level will help it from stop being pirated. And this is one more reason why cloud integration is going to work like charm. This may sound like Chromebook like lock-in. But so far Windows allows you to upgrade this version to Pro edition. You will have to pay 50$ for a one time cost and license in such case. You can easily backup things up on the cloud. For schools, the cloud backups are provided with the Onedrive. And with 15 GB free, that can be one good option just like the Chrome backups with Google Drive.

One of the interesting part about the Chromebook is the battery life of the machine. Compared to regular Windows laptop, you'd find that battery life is a lot better for the Windows 10 S Edition. That means it is perfect for the Netbook users and the school users as it is supposed to be good for the school usage. It makes you wonder if this battery life can be better in comparison then these sort of machines would replace Chromebooks. As Windows 10 S machine is not meant to run a lot of background processes, it will take fewer resources from the system. So that's a very good option for the schools who want to use such netbooks.

If any school wants to upgrade the device, they can do so with 50$ volume license depending on the contract of school. So this opens up a big possibility for many colleges and schools who wish to upgrade.

Windows based educational laptops will be released in third quarter of this year with manufacturers such as Samsung, Dell, HP, and others. Though Windows 10 S has very limited resources and usage for everyday computing, this version is being developed specifically for school and ChromeOS type audience. There is a lot to be seen about the potential of the Windows 10 S.