I stopped buying expensive phones after I broke 3 phones in 1 year. Moreover, technology is changing really fast and every new device becomes outdated pretty quickly. Unless you are a hardcore gadget addict, there is no reason to go for expensive smartphones.

I've been looking for a budget smartphone for myself after I broke my last phone recently. My attempts to replace the glass and touch screen costed me almost half the price of the phone and it didn't really give the feel of the original glass. That's when I came across the new CENTRiC G1 device, which is a powerful device in the medium budget.

The Centric G1 is one of those low budget dual SIM phones that seem to be completely capable of doing everything other smartphones can do and more. Yet they make us wonder why they are so underpriced compared to other phones. In fact, it is this price which makes us doubt its capabilities and look at other phones. Initially, I too was doubtful about its capabilities due to its low budget, after a careful review, I figured out this is a real value for money device. Let's look at some of the features which make CENTRiC G1 stand out among the rest.

Read more about CENTRiC G1 in the official website of Centric.

What is in the box?

CENTRiC G1 comes in a regular box with no fancy stuff to show off. In the box, you get the G1 handset, battery, a USB Cable (Type-B), USB Power Adapter, Ear Phones, a User Manual and a flexi protector case for the phone.

The back of the phone has a good grip and gives a comfortable feeling while holding in the hand. However, if you feel the grip doesn't give a stylish look, then the flexi case will make it for you. The case covers all parts except the front glass of the phone and protects the device from most common types of falls. I already dropped the phone once from my pants' pocket and thanks to the body case, the phone is safe. 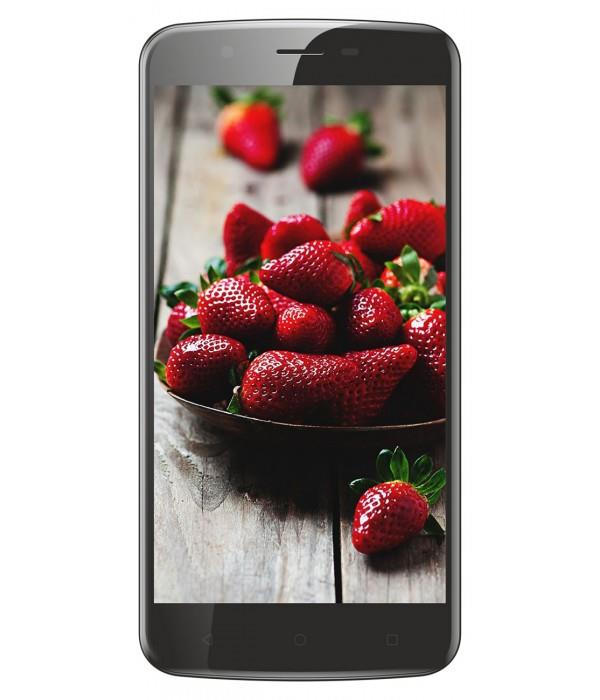 Let's take a look at the features of CENTRiC G1 in detail.

Memory and Storage
This is one of the main features that most people look into before buying a phone. The Centric G1 excels in this category, with a 3 GB RAM and 16 ROM. It can store around 10 GB of user data. 3GB RAM is becoming a standard in premium phones but it is not a common feature for budget phones in this category. G1 supports MicroSD which can be expanded up to 256 GB.

Battery - Another important factor to choose a phone. The G1 features a Li-Polymer battery with a capacity of 2900 mAH and provides 15 hours of talk time and 240 hours of standby time, according to the manufacturer specs. I haven't fully tested the battery capacity yet since I have been using it only for a few days and have never drained the battery fully.

Android OS - The Centric G1 runs unaltered Android 6.0 Marshmallow. Pretty good for those who are nostalgic for the original Android versions among all the new altered versions such as the Oxygen OS and MIUI.

Connectivity - The G1 has a operating frequency including GSM / 2G / 3G / 4G / LTE. It also supports VoLTE calling, a common feature these days. If you recently switched to Reliance JIO and want a 4G phone at low budget, then G1 is a good choice.

Display - Another major feature, the Centric G1 features a 5.5-inch screen with an IPS HD display and a resolution of 1280 x 720 pixels. It uses Asahi Dragontrail Glass. Other display features include 16M Colour Depth, Capacitive Touch and Multi-Touch. The screen is very responsive and I never found a lag in the touch screen. 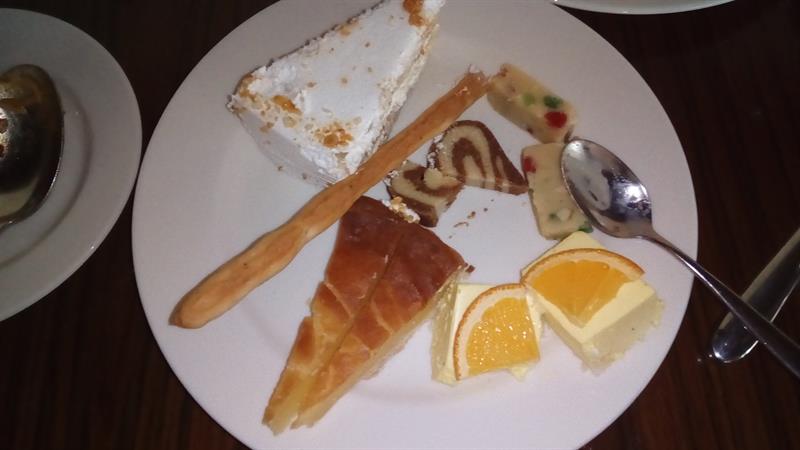 The Secondary (Front) camera is a 5 MP, meant for selfies, video conferencing etc and it does its job pretty well.

Other features of CENTRiC G1
Some of the basic features of this phone include Wifi-802.11 b/g/n, Wi-Fi hotspot, Bluetooth v4.0, Type-B USB cable, FM radio, 3.5 mm audio jack; basically, the things you see in other phones but at a much lower price. The warranty lasts for 12 months: 1-year manufacturer warranty for Phone and 6 months warranty for in the box accessories. To sum it all up, this is definitely a budget phone that will meet all your expectations and more.

The phone weighs 165gms, which is not too light but not heavy either. The device feels like a solid device in hand. The dimensions are 156 x 76 x 8.95 mm, which is good enough to hold in the hand properly.

The removable battery is another feature that many smartphone lovers would appreciate. If one has gone bad or if you realise at a later point that the battery is losing its capacity, just pull the one out and insert a newer one. Many premium phones now come with integrated battery, which is convenient but comes with a big cost - if the battery is dead, you may not any option other than buying another phone.

It has been 3 weeks since I started using the G1 and the experience so far is impressive, considering the fact that this is a budget phone.

I wouldn't call this a camera phone with ultra modern camera capabilities but it serves the purpose. The 8mp camera is good enough to capture crisp, colourful photos, but of course, you can't compare it with premium camera phones that are priced really high above G1. The focusing of the G1 camera is pretty good, long shots are impressive and the low-light pictures are not bad at all.

The 3GM RAM and 1.3 GHz MediaTek MT6735 Quad-Core 64-bit processor together do an impressive role on this fine performing device. I am not a gaming fan but my kids have done excessive use of the device by installing all sorts of games, of course, when I leave the phone at home while I go for my routine morning walk exercise.

What can be improved on G1?

If you ask me the features I like to get on this phone, the list would go on and on - a more powerful camera, dual lens, higher capacity battery and so on. But obviously, these features would definitely add up to the price and I very well know they are not feasible on a phone in this price range.

But still, there is one feature I miss on my G1: "USB Type-C" charging cable. It is becoming the standard and in next 1-2 years, all the new phones are expected to come with USB Type-C charger port. But anyway, at this point, I am comfortable with the old charging cable since I have plenty of them lying around my home and office and I don't have to worry about finding a Type-C charging cable which is not very common yet.

About CENTRiC and Priyanka Mobiles

The CENTRiC brand is launched by Priyanka Communications Pvt Ltd, which has been in communication business for about 2 decades. They recently forayed into the Indian smartphone market by introducing a series of new smartphones, namely L1, P1, P1+ and G1.

Their entry level phone "L1" is priced at Rs 7,200/-. It comes with 5-inch HD display and runs on Android 6.0 Marshmallow. Also, it features an 8MP rear camera and 2MP front camera and is equipped with 16GB of internal storage.

The P1 and P1+ are priced at Rs 8,000 and Rs 8,999 respectively and both the devices are equipped with 5-inch HD display and run on 3GB RAM. Both the phones offer an 8MP rear camera with LED flash. The 2MP front-facing camera is also a standard in all their phones except the G1.