Facebook has recently completed its roll out of the end to end encryption on its messaging service. If you are looking for a way to start a Secret Conversation with your friends through Facebook Messenger, we have good news for you. Facebook has enabled the feature in tune with the trend. Let us find how to do that in the following article.

Why do we need Encryption?

That is indeed a valid question. The major reason you would need to opt for the end to end encryption is safeguarding your privacy.
Your online identity is at stake. There is a constant threat from several quarters. There are online marketers, then there are hackers and yes, not to forget - the government intelligence agencies. If you want to hide your personal life from the prying eyes of the public, you will be in need of the end to end encryption. 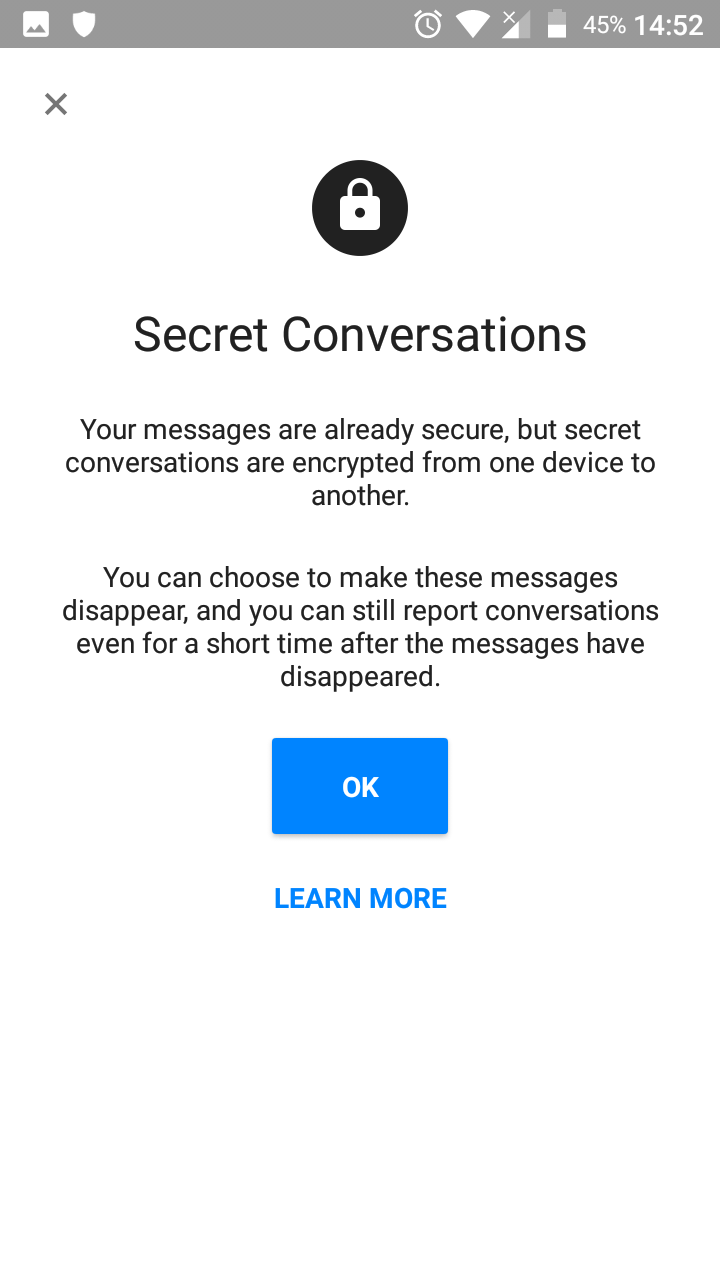 How to start Secret Conversation?

If you are on an iPhone or iPad
Follow the steps below -
If you want, you can tap on the timer icon so that you can configure the message to disappear after the stipulated time.

If you are on Android 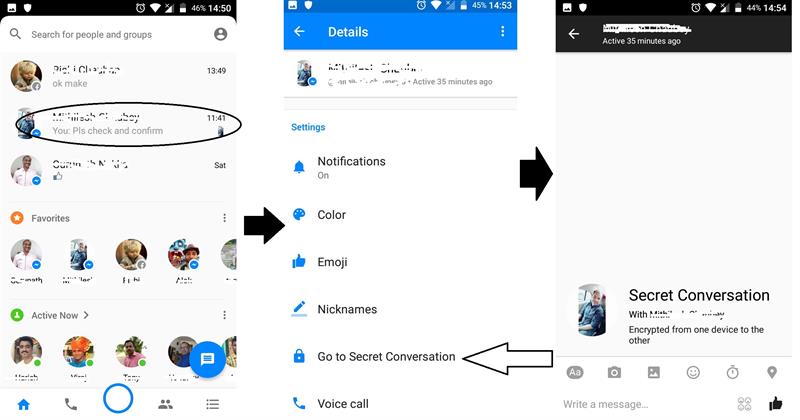 You are free to configure the timer if you want the message to disappear after the stipulated time.

What can you use the secret conversation with?

What if you want to delete Secret Conversations

Well, the service is safe. The end to end encryption ensures that your messages will remain just between you and your contact. No one will have access to the message that was shared between you two. However, please note that the recipient of your message can or may have shared it with someone else.
However, if you think any message you receive has violated the Facebook policies or if you think it is not worth it - you can report them to Facebook. Some of the reasons you can report a message can be harassment, threats, sexual content, or bullying.
To report a message, you may follow the steps below -
Please note that the messages will be decrypted once you report. The message will be sent to the Facebook Help Team for the necessary review. Do not worry - the person who has sent you the concerned message will not come to know that you have reported the post.

Well, that is exactly how you can send and receive Secret Messages on your Facebook Messenger. The end to end encryption ensures that you and your profile will stay safe. The introduction of self-destructive messages is another added advantage. The secret messenger service is based on the Signal Protocol. It would be interesting to note that it is the same encryption protocol used on Google Allo and WhatsApp. The protocol developed by Open Whisper Systems is a renowned name in encryption technology.
Have you used the Secret Conversations feature on Facebook Messenger? If yes, do share your views and opinions so that our readers will benefit from your experience.

The Facebook messenger app for Android and iOS platform has got a new feature called Free Call. With this new feature, a user can make a call to any messenger user. Know more about this feature by reading this article.

Facebook is rolling out a new update for its messenger app for Android platform which brings some great features. Want to know about these features? Go through this article to get a glimpse of the features.

Are you an Aircel customers? If yes, it's a great news for you that Aircel is offering free data to browse Facebook for its new and existing customers. Want to know more about this? Read this article.