Bluestacks, as we stated before, has been a popular choice when you want an Android emulator for your PC or Laptop. In fact, it was the pioneer when it comes to the concept of an Android emulator. However, for some users, it does not offer a good experience. Especially, those who belong to the breed of developers and testers resent using Bluestacks. That is exactly why we have set out listing out a few Bluestacks alternatives for the benefit of such users.

Why would you need a Bluestack alternative?

Well, Bluestack, as we know, is one of the most widely used Android emulators since long. In that case, why would you need to look elsewhere? There are a few reasons that force you to opt for an alternative Android emulator.
To begin with, Bluestacks had been a free utility. That was one of the reasons that contributed to its popularity. That incentive has been done away with now. The software has turned into a paid model now which would need you pay recurring periodic charges. There is a free version, though, but you will need to install their sponsored apps - whether you want them or not.
Bluestacks has recently become a little slow and sluggish with its performance. In many cases, it has been found to slowing down your entire system. Even this problem has contributed to the lookout for Bluestacks alternatives.
If you are a developer, you will not get much of assistance with Bluestacks. It is just a basic app player and will do nothing more beyond that. If you want to do something developer oriented, you will definitely need an alternative emulator.

Having explained the reasons for why you would need an alternative to Bluestacks, let us go into our top picks. Please note that we have chosen a few representative options when compiling this list. We do not claim that this list is exclusive.

This is one of the most popular Bluestacks alternatives. The tool is also known as Andy OS. The emulator was developed as a means of letting users get the seamless Android experience on their PC or laptop. 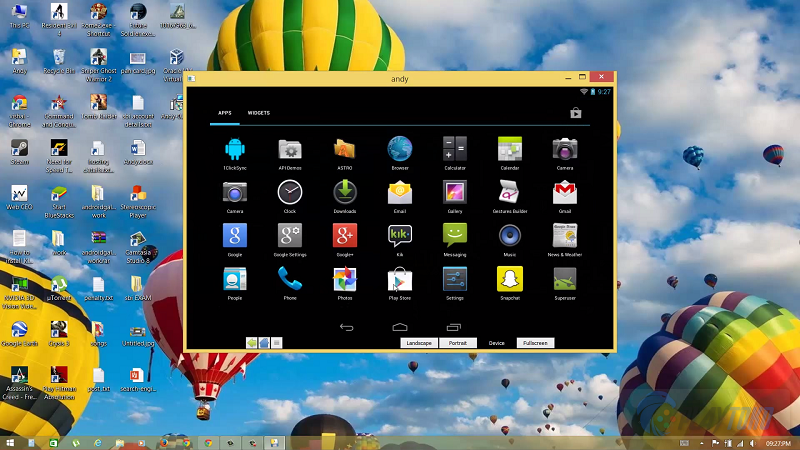 Andy OS does away all the limitations you may face with your Android smartphone when running your favourite Android apps on it. RAM, battery, processor speed and other such barriers that may hinder your experience on a smartphone are done away with on Android. One of the features we love on this emulator is the fact that you can use your smartphone as a remote control for the Android interface on your PC.
Some salient features of Andyroid are

If you want an emulator that works faster, then AMIDuOS should be your prime choice. It comes with a simple to follow installation process that does not need any steep learning curve. 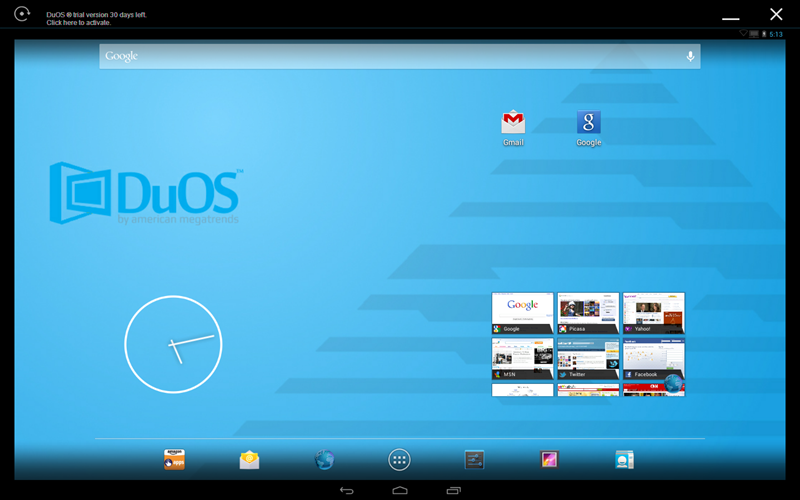 The emulator has Amazon app store, in place of Google Play Store. AMIDuOS supports 3D acceleration, and that would mean you will get the best gaming experience. One of the best parts is that you would not need the dual boot to switch between Windows and Android. It supports almost all Android features - like multi-finger gestures, sensors, and microphone among others.
The app is not free, though. It offers you a trial version after which you will need to opt for the subscription-based package.
Some salient features of the app are

Nox is one of the recent entrants in the field of Android emulators. It launched in April 2015 in China and South East Asia before venturing into the global market. 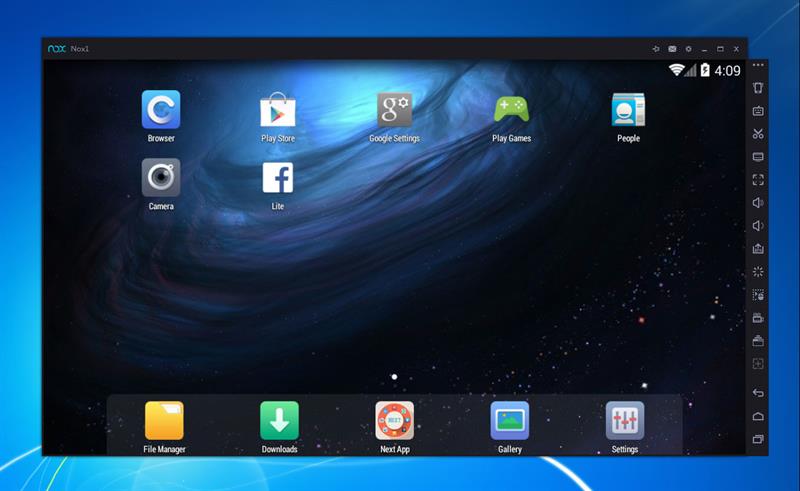 The emulator is built on Android Kitkat 4.4.2, and that would make it one of the latest with compatibility for almost all Android apps. The emulator is compatible with Windows 10. That should be what takes it apart from the competing emulators.
A few important features of the tool can be summed up as

Developed by GenyMobile, the emulator is one of the fastest growing tools in its genre. In fact, GenyMotion is best suited for you if you are into developing the apps. 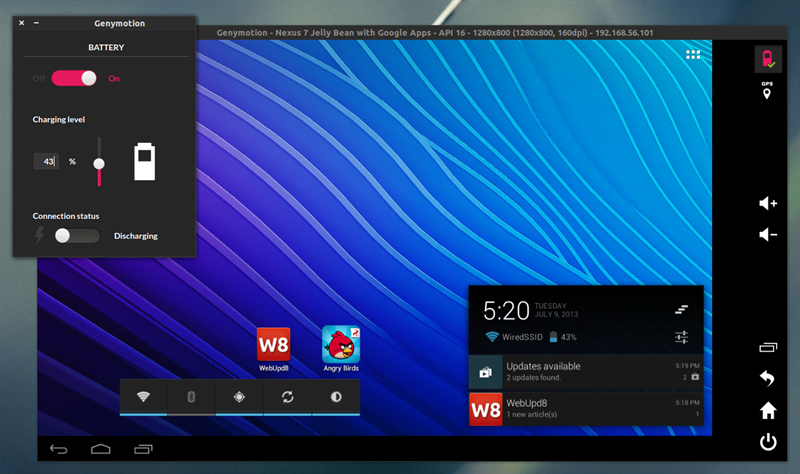 GenyMotion is not just a regular emulator. It is also a software that lets you develop and design your own apps. That would be the best tool for the app developers. You can choose different versions of GenyMotion to suit your requirements. If you just want to experience Android on a bigger screen of your PC or laptop, the basic version which is available for free should be fine for you. If you are into developing and testing the apps, you can opt for the high-end versions that are available as paid models. You can customise the tool as per your needs.
There is a drawback, though. It is not compatible with Google Play Services. So you would not be able to download apps from Play Store. The only way you can install apps on GenyMotion is by downloading an APK file using a browser.
Some features worth mentioning are

Droid4X is one of the lightweight Android emulators. It can be considered to be one of the best Bluestacks alternatives. 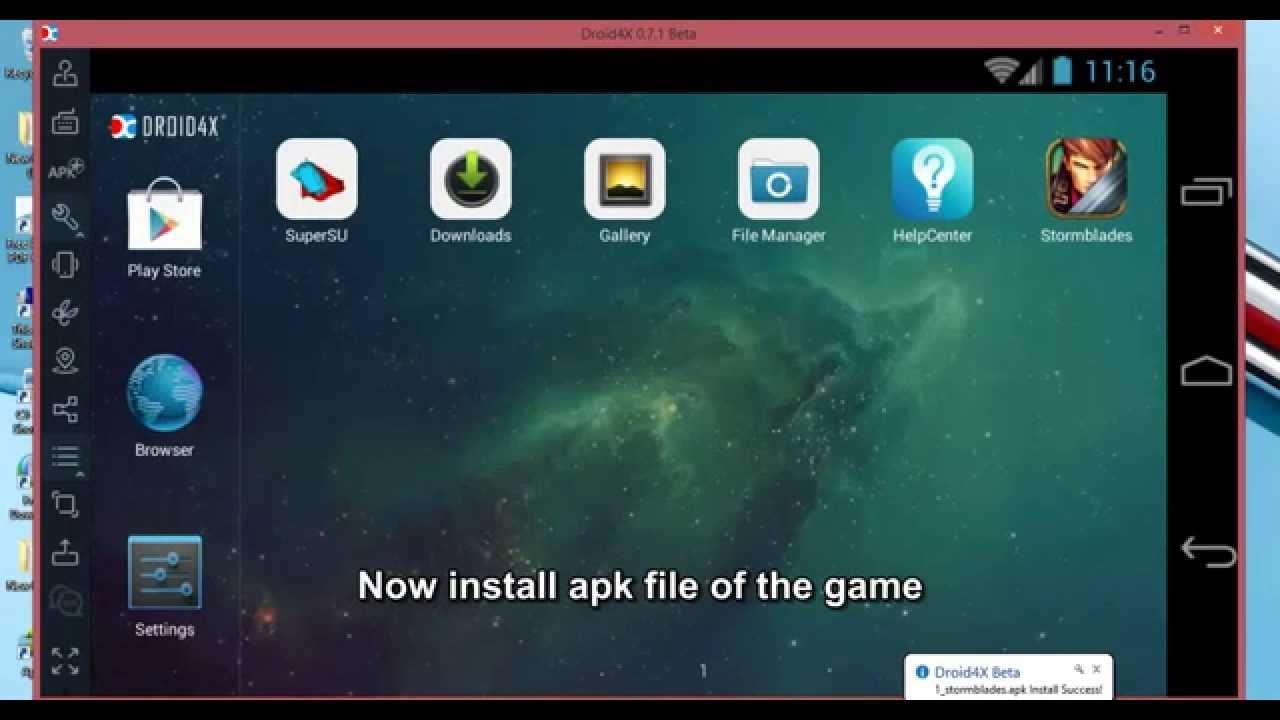 The emulator is comparable to the other competitors in this list viz Andyroid or AMIDuOS. Droid4X offers a special feature called Add-Ons. The emulator can be used to test your apps and design them. It works effortlessly with larger files and applications. It supports almost all Android apps. Droid4X is the best performer when it comes to power consumption. You can control it with your Android device as well.

Some of the features that makes it a best emulator are

That concludes our top five picks for the best Bluestacks alternatives for a full-fledged Android experience on your PC. The tools featured here do not necessarily constitute a complete list. There are much more apps that fit the bill for being the best alternatives for Bluestacks app player. We have included the applications that offer multiple functionalities in addition to offering best Android experience on a bigger screen. We would wish to see our readers finding these tools practically useful and share their views and experiences with the Android emulators featured in this post.

Relish the Fun of Android Apps in Windows: A Review

This is the latest news from Android apps and Windows. Thousands of your favorite apps are going to be integrated with Windows and they can be run from your PC's itself. Read more about this exciting breakthrough from BlueStacks.

This article describes how to install Android apps on Windows. If you are an Android fan but don't have an Android smartphone, don't be disappointed just read below!

Newshunt app for your PC – get it for free

Get to know all about the Newshunt news app. Initially launched only for mobiles, this great app is now also be used on any Windows PC through an Android emulator or app player. Also learn how to download Newshunt app on your PC through BlueStacks app player.