Prime Minister Mr Narendra Modi has recently announced two unique lucky draw schemes for the promotion of cashless transactions. Aimed at controlling the black money generated, the schemes have created a huge impact as can be seen with people opting for cashless mode of conducting their transactions.
However, there has been a couple of questions in the minds of consumers on how exactly the scheme works. To make it easier for them to understand the concept and the eligibility for being one of the winners, we have compiled the details of the scheme in the following paragraphs.

The Lucky Draw schemes in detail

The Government has announced two schemes for those who opt for the cashless transactions. One of them is meant for consumers, while the other is aimed at promoting the awareness among the merchants.

For Consumers
The scheme for the consumers has been christened as Lucky Grahak Yojana. To be eligible, you need to complete cashless transactions in any of the following modes - RuPay Card, Adhaar Enabled payment, UPI or USSD. The transactions falling within the range of Rs. 50 and Rs. 3000 will be eligible for the consideration.
The transactions done through Credit cards, private E-Wallets( like PayTM, FreeCharge etc.) or debit cards will not be valid to be considered for the Lucky Grahak Yojana.

For Merchants
The scheme for the merchants has been labeled as Digi-Dhan Vyapar Yojana. Rest of the conditions for the eligibility remain similar to Lucky Grahak Yojana.

What are you going to win?

How shall I know if I have won a reward?

Well, those were the details about the scheme eligibility and the quantum of rewards. The scheme has already gone live with the first draw held on December, 25. Would you want to know if you have won? Here is how you can check if you are lucky enough. 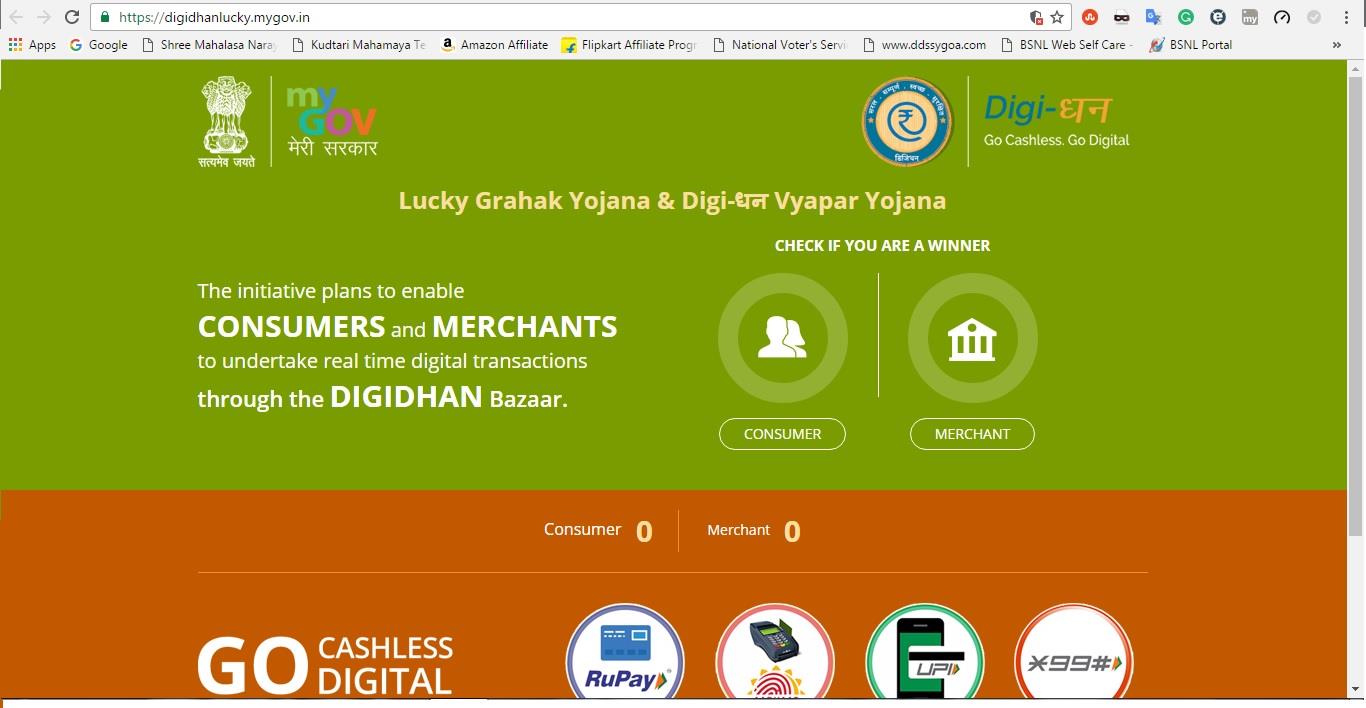 Well, those two are indeed great schemes that could go a long way in promoting cashless transactions in India. What makes them more precious and rewarding in the real sense of the word is the fact that they have been designed reward the middle and lower income groups. We would advise all our readers to engage in as much cashless transactions as would be possible..... AND WIN GREAT REWARDS!