The OCR Apps for Android

We have been working with OCR technology from over a decade. Its functionality has taken quite a number of giant leaps and it took no time for it to be available for smartphone too. Searching for OCR apps would give you innumerable results. Out of that endless list, Text Fairy grabbed my attention within a few seconds, and after installing it on my device it has given quite a satisfactory result. 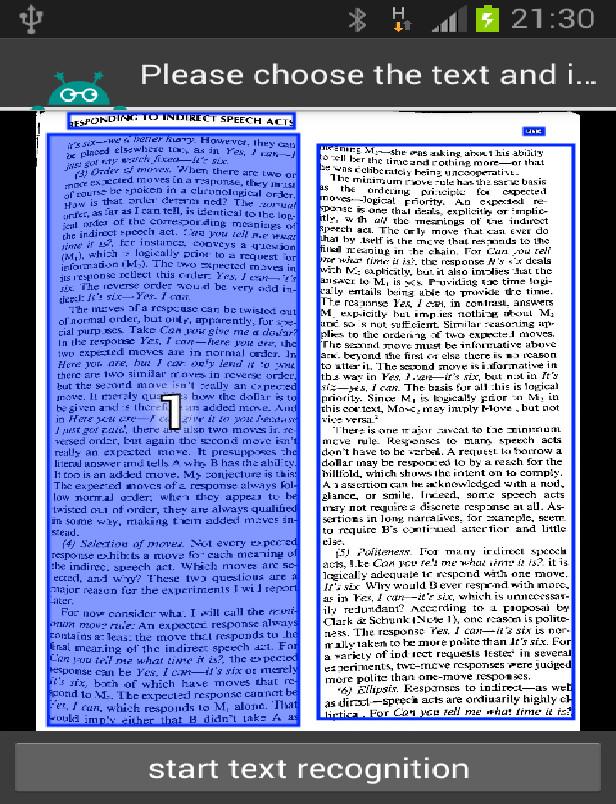 Till now we have seen most of the word processors exporting documents into a PDF format that will have text elements which would even have text searching feature in them. But we don't get the same functionality in a PDF writer or a scanner as it will only create an image of the page along with a PDF wrapper and it would not be able to create a text-searchable PDF file in it. As a result this image-only PDF could not be exported as a text file through the Adobe Acrobat Reader or any other similar software unless we use Optical Character Recognition (OCR) . Without the help of OCR technology, one has to re-type a document manually character by character, which is clearly a waste of time in these days. Switching to OCR would be beneficial in every way, as it can convert the non-searchable printed text into a machine-readable one which could be searched as well.
Text Fairy from Renard Wellnitz stands to be to be one such app that has all the major OCR features at place. It is available for Android all devices.

Text Fairy has a number of awesome features that brings all the major word processing functionality under a single roof: 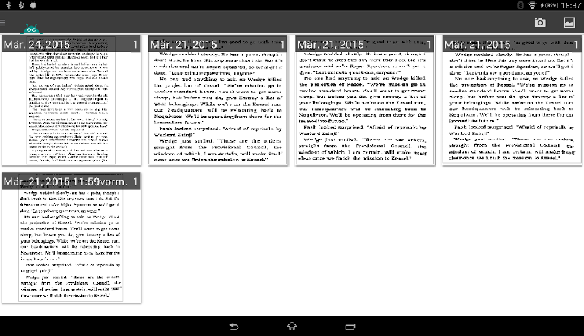 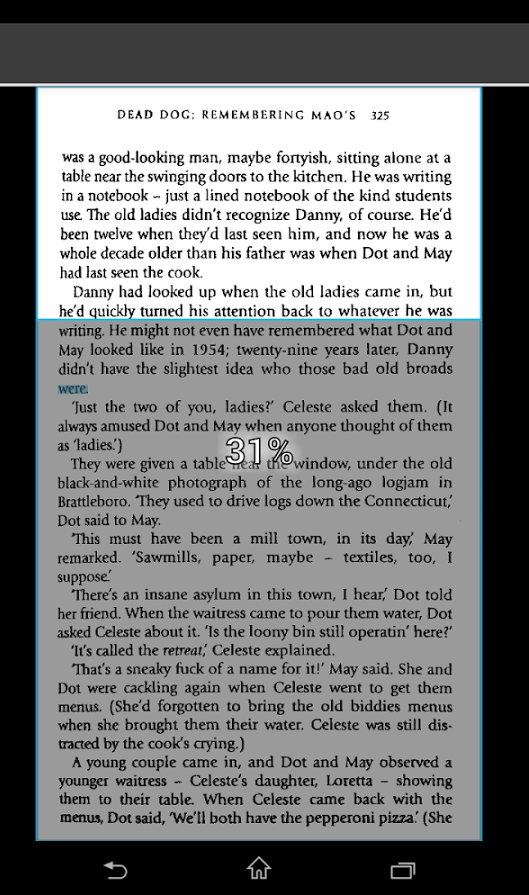 Using Text Fairy is fairly simple. All you need to do is take snaps of the printed documents from the app itself, as this app has the feature of scanning text from images on the device and it can even scan text from the photos that are taken by the camera earlier or at that moment.
Next, you would find the app start recognizing text just within a few seconds. Once done you can now use the text in several ways either by copying it to the clipboard or by directly exporting it into a PDF file. And now all that becomes text-searchable.
To make it easy for yourself you can try these steps consecutively to get the best results:

You can even choose to create a searchable PDF file with the help of this app and store the layout in the same form as it was in the original document. Once you complete a scan, a thumbnail will appear in your workspace. From there you can choose a thumbnail you want to work upon and then you can edit any text in it as per your convenience. If you touch and hold a thumbnail it will allow you to rename it, and continue to scan other documents to add with it.

But to make the most out of Text Fairy you have to make sure the following things:
The images have to be sharp with enough light exposure. The text needs to be of black color on a white background.

The app supports two languages by default English and German. For other languages, you need to tap the menu placed on the upper left corner and tap Add Language. A list of languages will appear, tap the download button of the language or languages that you want to add. There are more than fifty options and they are going on adding more. 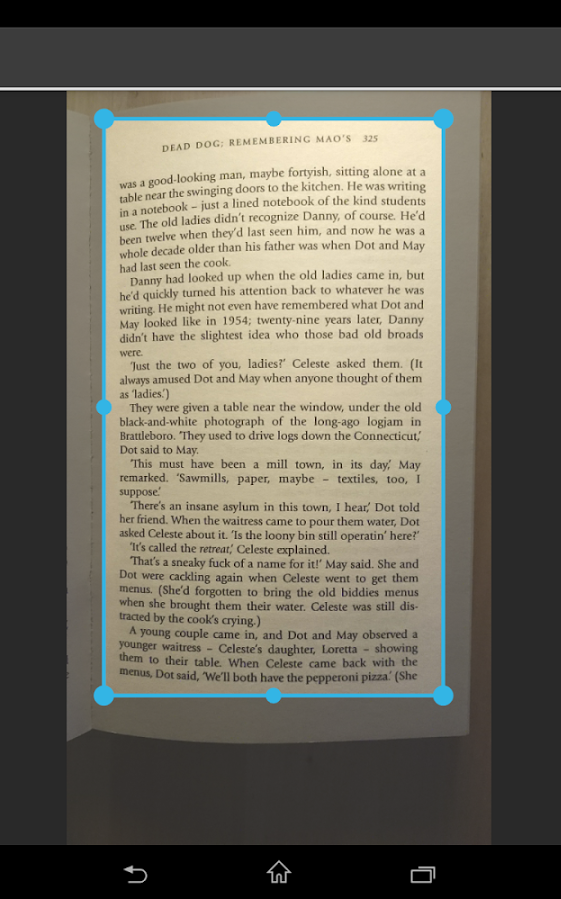 The app is not yet ready for recognizing Handwritten texts, blurry images, and texts with colors other than black and white.
The other flaw of the app is that the edited text in this app could not be used as a search term in the output PDF. It appears that the text editing and PDF creation are yet not interlinked.

I found the Text Fairy App to be an efficient tool that recognizes and restores text from documents that are important to you. It reduces the task of heavy typing and reproduces the text in a machine readable format, that you can use in several ways.

Read the review of best in class OCR software from ABBYY - FineReader12 and see what this experience player in OCR field has brought out for their customers this time. Know the pros and cons and see if it is something you should be spending money into.

In today's lifestyle, digital documents constitute a major part of our daily life. This importance of digital documents makes it pertinent to have an able document management tool. One of the best tools for managing your documents is PDF Converter Elite. We will get to know more about this exemplary tool in the following paragraphs.

How to digitize hardcopy of documents using Android OCR apps

In this era, it is always safe to have a softcopy of your documents in your smart device. Just a small water spill is enough to damage your important documents. So why take the risk, just take a softcopy. Everyone has a smartphone right now, so if you want to digitize a document, we can actually just use our smartphones instead of running to the nearest optical scanner.