There have been a few crazy smartphones making news once in a while. Our own Freedom 251 is a classic example of such crazy launches. Most of them do not appear to go beyond the announcement stage. One such huge announcement has been made in China. YAAO 6000 Plus claims to have a huge battery back up of 10900 mAh.

The Design and Display

Well, it is too early to comment on the design and other features of the new smartphone. It comes with a metal body construction. From the images available on the web, it appears to have a premium build.
The smartphone has a rugged design. There have been claims that YAAO 6000 Plus has shockproof, waterproof and dustproof features. Some reports, however, suggest that the smartphone comes with a plastic body with a metallic frame. 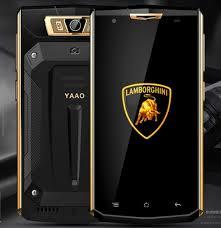 The high capacity battery makes your YAAO 6000 Plus a thicker option in terms of design. It has a thickness of 18.1 mm. That could be something you would need to compromise on. There is no finger print scanner, though. The YAAO 6000 Plus will be available in Gold and Silver color options.
YAAO 6000 Plus comes with a 5.5 inch screen. You have access to HD resolution at 1280 x 720 pixels. The TFT display should be enough for the basic functionality. There is no any information available on the screen protection.

The insides and the camera

The YAAO 6000 Plus is powered by MediaTek MT6735 processor. The Quad Core processor clocks at 1.5 GHz and is 64 bit compatible. The 1 GB RAM may not be enough for the kind of performance you may expect from your device. YAAO 6000 Plus offers you an internal storage capacity of 16 GB. You can expand the storage if you wish. The maximum expandable storage that can be achieved with YAAO 6000 Plus is 64 GB.
The new cheapest smartphone has a 13 MP rear camera with autofocus and LED flash. The selfie snapper on the front has a resolution of 5 MP.

Well, this is exactly what makes it a great choice. YAAO 6000 Plus comes with a 10900 mAh. Unbelievable as it may seem - but given the innovative ideas that Chinese manufacturers come up with, it should not be something impossible. We have seen that Gionee Marathon M5 has a battery capacity of 6020 mAh, while there was Oukitel K10000 that boasted of 10000 mAh battery.
The YAAO 6000 Plus offers you a dual SIM functionality. You have access to 4G LTE faster speeds. Lack of fingerprint connectivity can be an issue for some of us. Other connectivity options include WiFi, Bluetooth, GPS and microUSB port. We would expect faster charging enabled on the device, though there is no official mention about the functionality.
YAAO 6000 Plus runs on Android based YunOS operating system. There is no word on the version of the operating system, though.

The phone has been listed in China. YAAO 6000 Plus is not expected to hit the Indian markets anytime soon. The smartphone has been priced at CNY 218 in China. The approximate pricing in Indian currency would be around Rs. 2200. The device is expected to be available with effect from 5th December.

Well, the concept is quite interesting and in tune with the most demanded feature for smartphones. The mammoth battery capacity will definitely give you a backup of several days. Moreover, the device does not seem to have many high end features. That will make it a good choice if you want better battery back up. However, we may need to wait for the user reviews to get a clear understanding of the exact performance of the YAAO 6000 Plus.