Now mobile apps would even help you in increasing the sound quality of any voice recording with their amazing features. Recently I came across Parrot, from Searing Media Inc., a free voice recorder app with which you can Record a conversation, song or a speech, Play them and Share with all. It is based on the dictaphone technology that performs recording of voices, other audio records, telephone conversations, singing or voice overs. 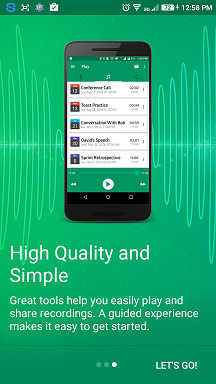 Recording:
With Parrot installed in your Android device you can do voice recording along with a handful of privileges like making it lively and creating undisrupted piece of audio that is supported with a sound wave graph which is to help you in identifying the correct levels of the sound input easily when while recording. The Recording feature can be used with a number of microphone options like the standard mic, the camcorder mic or a Bluetooth microphone.

Playback:
The other major feature in this app is the Playback feature where you can use your voice recordings and store them through a simple and beautiful list that would go handy in easily searching for particular tracks that are supported with intuitive calendar icons that keeps playing as well. What more? You can even use your recordings with a varied number of paused animations. 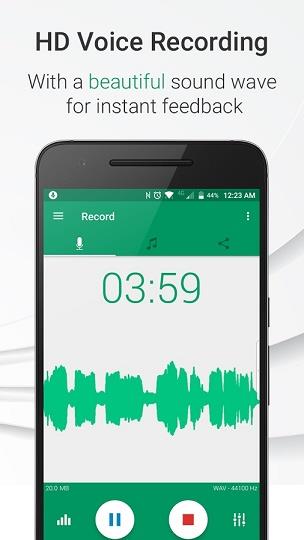 Sharing:
The Parrot app has included in it the in-app sharing facility so that you can share your favorite tracks with your friends and family through just two simple taps.

Notifications: The app sends it's users notifications that are simple and easy so that one can keep using Parrot and at the same time can continue to work with other applications.

Android Wear: You can use the Parrot app in your Android Wearable if you use one and can Manage your recordings as well as the playback options directly from your wrist and this would really be fun as you don't need to hold a bulky device on your hand and be occupied by it while on the move. 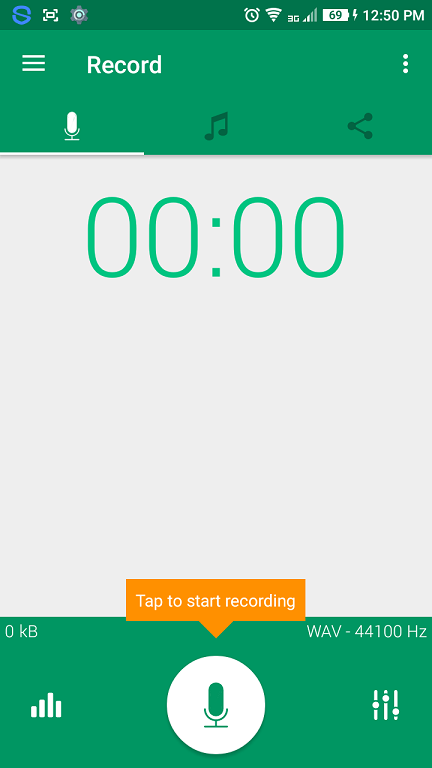 Parrot has a number of cool Playback options that brings about the functionality of a studio-finish audio track. Here are the features it offers you within its playback option:

The App needs a list of Permissions to enable functionalities to allow you to carry on with your Android device while your Parrot app is put on work. Here's what the app would ask from you as Permissions:

Parrot as an app has a simple, neat and clean layout without any extra push for radical designs. You get the icons and buttons easily accessible, read and understood, rather than keeping the users at dismay.
I liked the color scheme as it appears to be quite fresh and eye grabbing, and yet it keeps a "working atmosphere" in its total disposition. Parrot is basically a free app that does not bother its users with ads or restrictions,and that really made it stand right in the front row leaving many others behind.
Parrot consumes only a space of 1.1 MB of your device, which is worth more than it with the kind of features and level of optimization it offers. 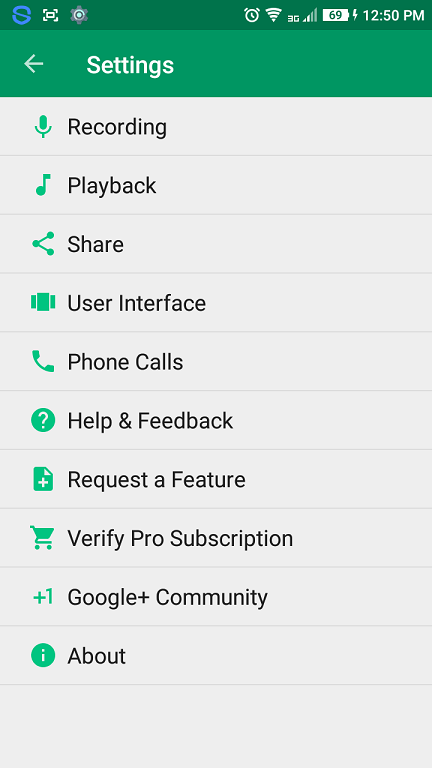 The app is equally functional with tablets and phones and blends perfectly with the latest version of Android. The features are quite up to the mark especially the effects which can enhance the volume and boost the feeble recorded areas. The sound quality delivered through this app is with high clarity and flawless.
There is a well equipped library in this app that makes it all easy for the users to keep replaying their stuff and even rename them as many times they want.
Different formats are supported in this app which never let you down while sharing or receiving any audio track.
The user interface is simple and looks good and at the same time maintains the right balance between entertainment and functionality.
There are no annoying ads popping up every now and then, nor is there any restriction to disrupt your user experience.

The Auto Pause did not work as I expected, though the buttons like stop and start were there all along.
There is yet no standalone app prepared for the Android Wearables which creates a little bit of hitch in the integration affecting the performance a little which you would not generally expect.

Parrot as a sound recording app works well with all the basic features leaving no chance to complain. The features are great and work fine which is a little bit surprising as they are asking nothing for it. For Lollipop users they have included a voice recorder that could fit well in with their device. The app has maintained their basic standard quite high and in return they don't try the user's patience with unnecessary ads or keeps them stranded with unreasonable restrictions.

Digital scribbling applications and devices are fast replacing pen and paper notes. Read the article to know alternatives outside the tradition of notes and Dictaphones.

The Sound Recorder Professional software is an ultimate tool to record calls over Internet (Skype, MSN), music streaming from radio, microphone, cassette player, TV, CD/DVD etc. You can record voices in 5 different modes. Also it connects with many different types of devices.