Android is not just about using apps that solve your problem. Now there are apps coming in the market that can pay you for watching ads. Most of the apps that pay are limited to users from United States. However a lot of those apps are now expanding, allowing the broader set of users for advertisers to reach. Here are some of the unusual apps that you can download to make money. 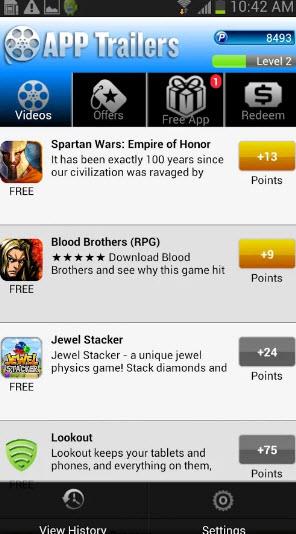 Apptrailers is one of the easiest app to make money. You have to install the app and sign up through the settings. Once signed up, you can begin earning points. You'll be presented with videos and other tasks that earns you points. Once you reached specific amount of points, you'd be able to withdraw those points. The withdrawal of the points can be done through Paypal. You can also connect the app with your Facebook profile. This way you can get the offers through your Facebook app and profile. You also earn points on amount of people you refer. This all adds up to your account and these points can later be withdrawn. There is one limit of the app, when it comes to viewing sponsored trailers you may find that US and few other countries get the most offers. And for India, there are not many such point based offers. You can expect around 5$ worth of points each month. This leave you with the limit on how much money you can earn. The app is available to download from Google Play store for free. 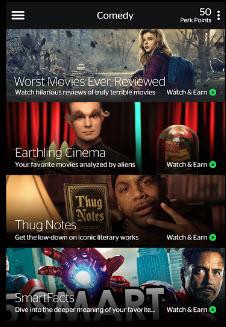 Another alternative to Apptrailers is PerkTV. This app too has same features like Apptrailers. However it pays much better as it has plenty of offers and videos that can be run all day. You can withdraw the money using point system. There is Flipkart, Big Bazaar, KFC, Paypal and many other voucher options. You can also buy some other stuff from the catalog of the PerkTV dashboard. 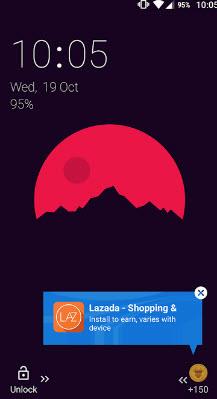 Mobile locker ads are not new to the Android market. Most of the advertisers these days are allowing users to watch ads before they unlock their device. This functionality is in use of the app called Moocash. Unlike other apps this app has very mild level of ads that can pay some good money. There are no forced 2 minute ads that you can't skip here. This makes using this app a breeze. Apart from ads, the Moocash also sends the video and the surveys inside the device. And completing this will take you closer to the payout. There are multiple ways with which you can get payout. It pays you through Paypal or you can choose to get a gift card from Amazon. Other than Amazon gift cards, there are some US based gift cards that can be purchased. But for Indian users, only Amazon India seems to be a good option for gift card. Moocash is available on Indian Google Play Store for free to download. 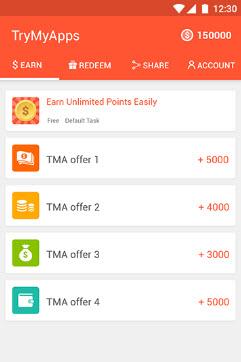 Android developers are in need of the users. And in order to get the users to use the app, they give out the cash in exchange. Trymyapps is one such app that allows the users to make money for downloading and reviewing the apps. The earning is not that high but it's better than nothing. You can make around $5 or more from downloading apps per month. It is open for all people around the world. However some of the apps only pay to the users in specific geolocation. And for this you have to watch out if the app is doing promotion for India. You can get the payout through Paypal. And it does manage the payout through mass payout system, saving your money that gets lost in the Paypal account. That being said, App is free to download from Google Play store. Do note that this app can load a lot of junk apps on your phone. So make sure you install it on phone which is not used for serious usage.

This app is one of the easiest to get into for making money. When you download and install the app, it asks you to check out the ads. And once you check the ads, you'd be able to view the points earned. For every point earned you get closer to the reward. Some of the rewards include Paypal, Amazon and other gift cards. At this point the app allows the withdrawal from the $5 onward. If you earn more points then payout at the higher point is definitely possible. As this is ad driven platform, make sure to disable your Adblocker on the Android phone. You can download the app for free from the Droidbin. It is yet to get some popularity and for this reason it is not placed on the Google Play store. However if your phone is set to download only the Play Store apps, then you may want to control the security settings from permission options.

Like Trymyapps, this app too allows the reviewer to make money. However the earnings per app are constant here. Based on the developer settings, the earning per review is set to 99 cents. There are no paid ads in this system. However there are some of the in-app purchase system that allows the user test the system. And such functionality if tested can make money too. However there are not much active apps under this network. So the earning is limited for the users from specific countries other than US and Canada. You can review the app and submit the completion of tasks to earn your gig cost. Currently the system allows the download of apps from Google play store and iTunes app store. The site pays through Paypal or AliPay payment gateway. 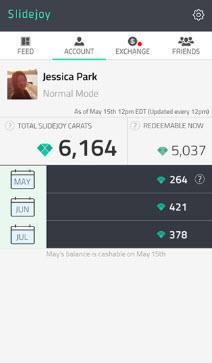 This locker app pays users for keeping the ads active on their phone. There are lot of issues with this app, but if the ads properly gets shown then you can make some good money through it. You may find that most of the offers are geolocation dependent. And you won't be getting regular offers through this app. But for Indian users, there are some of the advertisers doing the promotion on regular basis. And they do make you around 2$ if there are decent sponsors. The app is free to download from Google Play store. And the payout for the system is paid through Paypal gateway.

There are plenty of free apps that promise to make money for daily usage. However not many of them are legitimate. You have to spend a lot of time in order to make some regular money. Above apps can be a good option for the Indian users if they plan on making the money through Android device.