Everyone of us has a huge collection of printed photographs. The major issue with those photographs is they fade over time and their quality degrades. Yes, you can scan those photographs and save them on the cloud. But, it may not be possible to maintain the quality.
Google sensed the need for a good app that scan your printed images and save them to the cloud. Photoscan by Google Photos is an app developed with an aim to turning your old prints into digital images. Launched just around a month ago, the app is available both on Android and iOS.

What is Photoscan by Google Photos?

Well, as you would have learnt by now, Photoscan is a new smartphone app developed by the team behind Google Photos. Google Photos, for the uninitiated, is the default image folder for the phones running on Android Marshmallow and later. Photoscan has been planned as a planned upgrade to Google Photos. 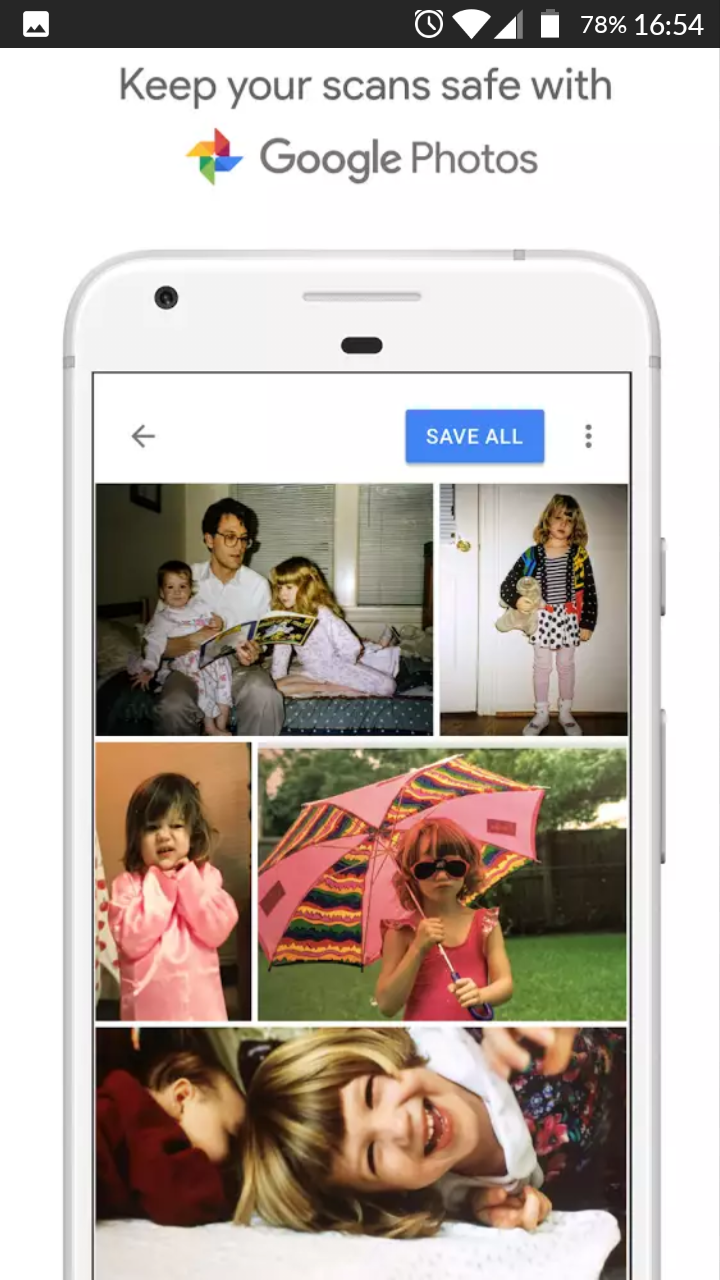 The Photoscan app will use your phone camera and flash to scan the printed photographs. The app can easily create digital photographs from your printed photographs. The performance is quite quick. The team behind Photoscan has claimed that they have been able to scan 100 photos in just under 10 minutes.
Photoscan by Google Photos is a new app of the block from Google. It has been released both for Android and iOS. You need to be on at least Android Lollipop 5.0 to be able to install this app on your device.

How does the app work?

Scanning the old pictures is not exactly an easy task. You need to get the lightening right. The flash needs to be exact, otherwise your photos get saved in an unwanted manner.
Google understands this issue. That is clearly proven by the technology it uses to scan your printed photos. The app takes four images of your print out and then aligns them together to arrive at a a single composite image. The app can restore the faded colors and perform minor tweaks to make the pictures more original. 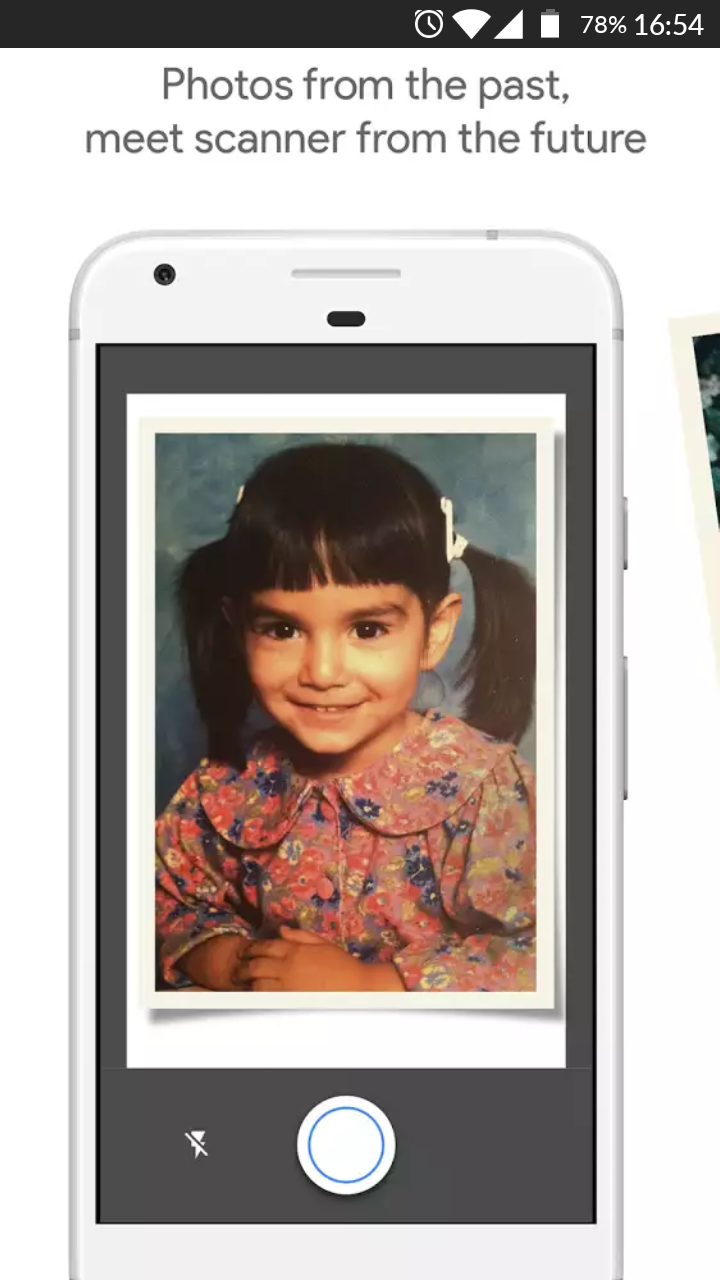 As has been a constant feature with any Google app, Photoscan has a simple and easy to use interface. There are no flashy icons on the screen. The initial screen asks for your permission to use the camera and once you grant it, the first screen opens the camera like interface. There are a couple of icons - a big Capture button along woth a Flash icon. That's all for it.
The working principle is also quite simple. You just press the Capture button and it takes the first shot. Then it will show you four dots. You need to align your camera with those dots. If you have used Google Camera, you may be familiar with the concept. Your printed photo is scanned in just under 20 to 30 seconds.
The quality of the scan is quite impressive. Even if the photos have faded, they can be restored as the app is capable of making minor adjustments. The corners are also properly aligned if the photo print is quite old and bent at corners. Photoscan can also edit your snaps. Once you are done with the tasks you wanted to complete with the image, you just need to tap on Save All button. That does it - your scanned image is saved to Google Photos.

Photoscan by Google Photos is indeed a great app that lets you scan and save your printed photographs in the digital format. A few features that set it apart from the competition include

The two sides of the coin

Well, what we mean by that is the Pros and Cons of the tool. Photoscan has been a part of the broader upgrade to Google Photos. The app has been released a month ago in November, 2016. We look forward to the future updates that may bring improvements.

Photoscan is indeed one of the best options for bringing your vintage photos back to life. Coming from Google, it should be a great performer for the task it has been made for. It can crop, works on the color details and save it on the cloud on your Google Photos account. It uses machine language understanding for correcting the color, orientation and other such finer details - and then saves your image in the digital format over the cloud. The app is free to use, so why do we need to worry. The app is from Google and that in itself should be a reason enough to try the app.

Love Photo Sharing? Want to add that zing to your myriad photos before sharing it amongst your friends? Lay your hands on Instagram a new app now even available with Android Phones. This just makes photo sharing on the mobile all the more easy and interesting. Lets find out how.

We take a look at the two highly regarded apps of the tech world. Dropbox is a file sharing and backup app which uses cloud technology to let you access your information from anywhere including a PC or your smartphone. Instagram meanwhile is an image editing software which has gained mass popularity thanks to it's social features. See ordinary images turn to beautiful photography with just the touch of a filter. Detailed review ahead

What You Need To Know about Photo Sharing Sites

Choosing a photo-sharing site is an important decision, whether your interest in photography is strictly business, on the level of enthusiast, or limited to uploading pictures from your smartphone. These sites are all capable of providing exposure to your work, and many offer password protection, batch upload services, and enough storage space to keep you snapping. Read on to find out which photo-sharing site is right for you.

Read this article for guidelines to work with the Apple photo editing and photo management app: Aperture. Read about the features of the Aperture app for Mac and utilize its capabilities to create amazing images for professional as well as personal use.

Do you like to preserve old photos and enhance their aesthetic effect? Here is a list of some awesome photo editing software which will make your photographs look better than the originals.