Huawei has garnered an admirable fan base since past 2 or 3 years and the release of Honor 7 played a crucial role in it. The brand has released the new successor of Honor series – Honor 8 which is a promising one too. Honor 8 belongs to the upper mid-range smartphone segment and is a worthy choice. 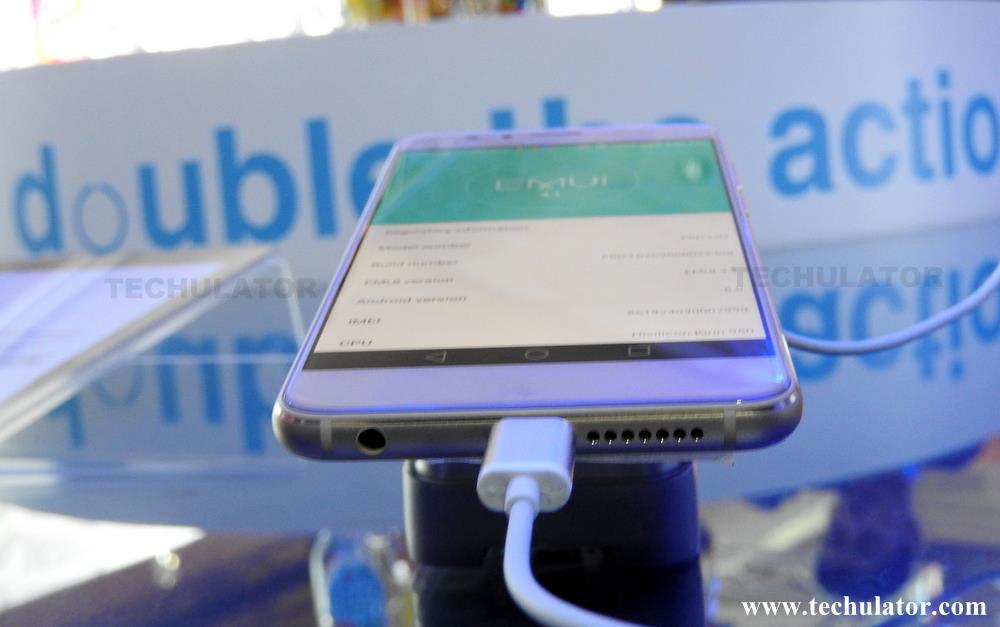 The sleek smartphone comes with chic design and the overall look of the gadget is striking. One can say that Huawei has really done its homework while thinking over the design of Honor 8. Putting it in a very raw way, the designs primarily looks like a metal frame in between two layers of glass that has curved ends and gives a premium look to the phone. Though the glass is attractive and shiny, but the fingerprints are easily left on the surface and you have to be a bit more careful with the dropping. The display is 5.2 inches long (diagonally) and comes with full HD Resolution. The text elements appear razor sharp and the colors are striking, giving perfect viewing angles and a crystal clear visibility under the sunlight too. Among a lot of prejudices associated with the 'not-so-expensive' smartphones are the resolution and visibility. According to Honor 8 review of experts, it has surpassed all the expectations in this area and offers a screen which is bright, lively and full of bright and well-distinguished colors. The borders on the sides are very thin which means that you can easily operate the phone with a single hand. Honor 8 weighs 153 gram.

The button placement on the phone is quite ergonomic and the tactile feedback is also good. The dual SIM phone comes with a notification LED which is nested in the earpiece grille, a USB Type-C port on the left, an Infra Red emitter on the top and a Memory Card (128 GB) tray on the left.

A dual tone LED Flashlight, laser auto-focus sensor, and dual cameras are on the backside of the phone. Honor 8 comes with a fingerprint sensor which is quite receptive and works fast. The fingerprint sensor can be used to access hidden files, perform gestures such selfies, call answering, pulling down the shades of notifications and lock apps. A sensor has also been placed on the physical button which Huawei has named as Smart Key. The smart key can perform a lot of tasks such as toggling the flashlight, voice recording, launching an app and taking a screenshot depending on the press duration such as one press, double press, and long press etc.

Honor 8 comes with 18W charger, SIM Ejector, and a data cable. The headset is however missing.

What's Inside – Specs and Features of Honor 8 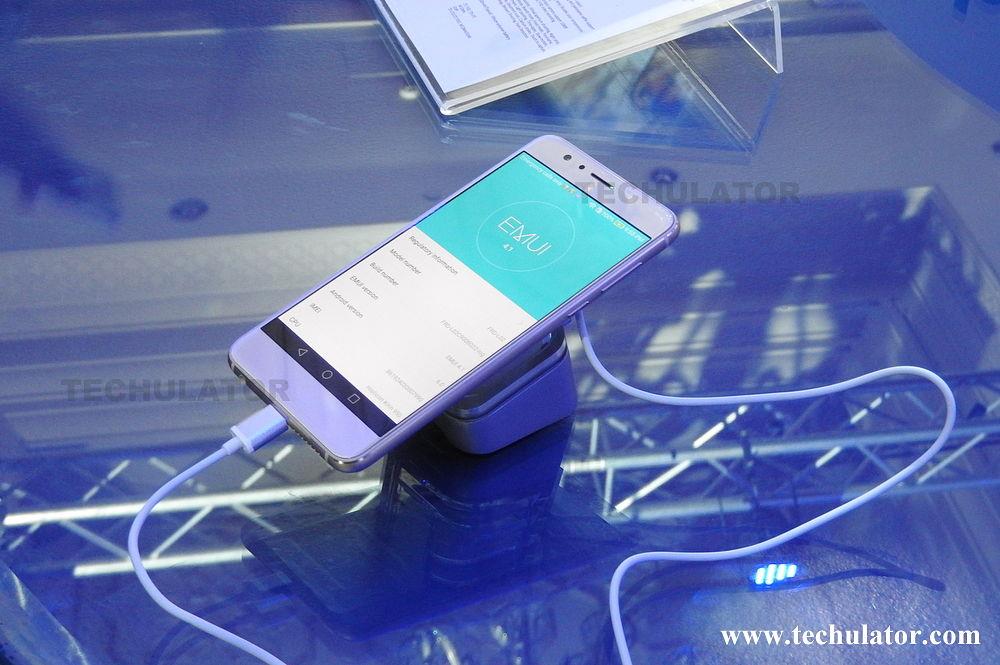 The central processing comes from the in-house Huawei engineering and is a good one. For the tech-savvy users, the CPU is Kirin 950 octa-core SoC which is damn perfect to handle all the demanding apps. Coming to more details, there are 41fps in GFXbench, 92,353 points in AnTuTu and 18,083 in 3DMark Ice Storm Unlimited. Honor 8 comes with 32 GB Internal Memory, 4GB RAM, Dual Band Wifi, USB OTG, Bluetooth 4.2 and NO radio. 4G LTE service is supported for TDD and FDD bands. The customized user interface of Huawei which is called as Emotion UI or EMUI comes with a lot more customizations than the Android Marshmallow. The single layered interface comes with its own settings app, icons, and shades of notifications. The onscreen button layout can be changed as per the choice of the user.

If you are commuting a lot then the areas of bad reception or bad network coverage are very common. Honor 8 deals with that. The device comes with the LINK+ option in the 'wireless and networks' section which improves the signal reception for such times. Its functions are not limited to this one only. It will work for a quick network connection in roaming, enables the auto-updates, and Wifi+ too. Wifi+ will automatically switch between the mobile data and wifi network as per the availability. 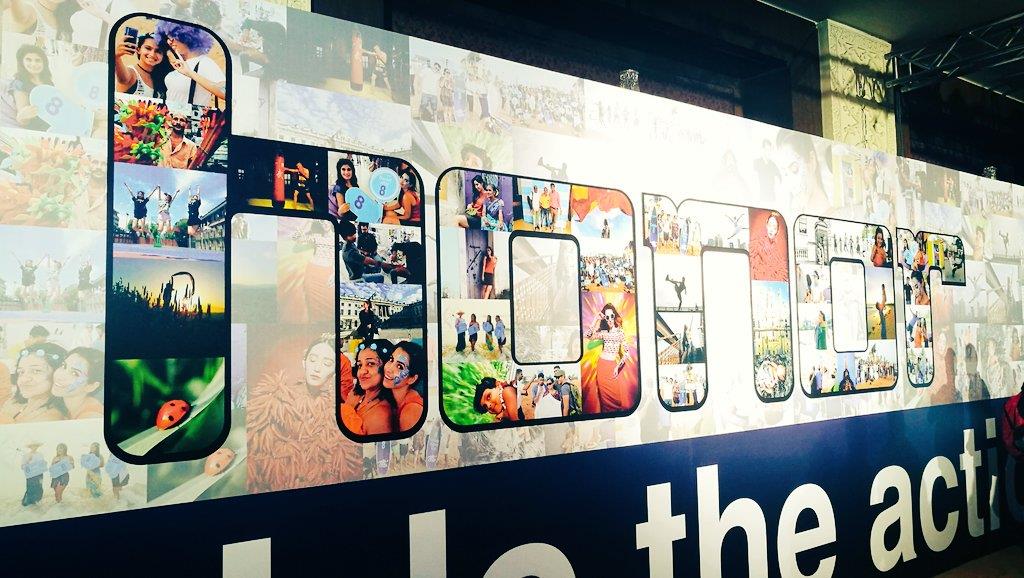 The Honor 8 comes with a power packed gesture and voice control features which might be quite clear by now. Under the settings app, there is a Smart Assistance option which allows you to control the gestures for the single-handed use as well as other controls. You can just ask your Honor 8 'Where are you?' and the smarty-pants will vibrate, ring and blink the LED lights to let you know its whereabouts. Smart. Isn't it? Placing calls with the Voice Control is also easy.

Another gesture which has been named as the Knuckle Sense allows you to start a screen recording or take a screenshot by drawing a circle or knocking the screen with knuckles. There is a floating dock for the shortcuts too.

Honor 8 is free of a load of 'too many' preinstalled apps.

You may also like to read Huawei Honor 8 Smart Review 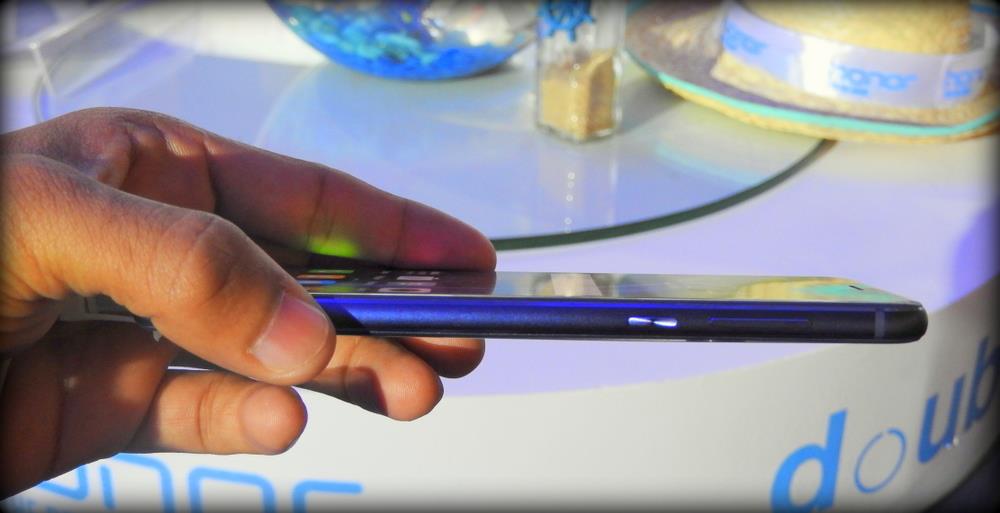 Multitasking, demanding games and mundane jobs – all work well here. Even under the gaming stress, the phone doesn't get heated, which means all the heat and sweat goes into the game and not in your hands. The excellent display of the phone allows very good media playback and supports high-resolution videos owing to excellent display. There are dual-cameras of which the front one is 12 MP one with color and monochrome sensors. The rear one has 8 MP power and a f/2.4 aperture. With the wide aperture mode, the camera works even better.

Honor 8 comes with a 3000mAh battery which is non-removable with a fast charging mode. The battery allows a video playback of 11hours and 7 minutes on full throttle. An option called as the ROG power saving mode renders 720p display which saves power.

The Honor 8 is loaded with features and specifications which are bound to impress all the users in one go. The phone is really smart when it comes to gestures and controls and makes for one nice catch.