What is Google Trips?

Well, Google Trips is an app from Google. It is an app that works as your travel advisor. And yes, it works offline. The app will work with your Google account and pull your travel details from your inbox. Once it extracts the destinations and other details, it will create an itinerary around the destinations, locations around it and provides you a detailed information on what you can do during your travel. 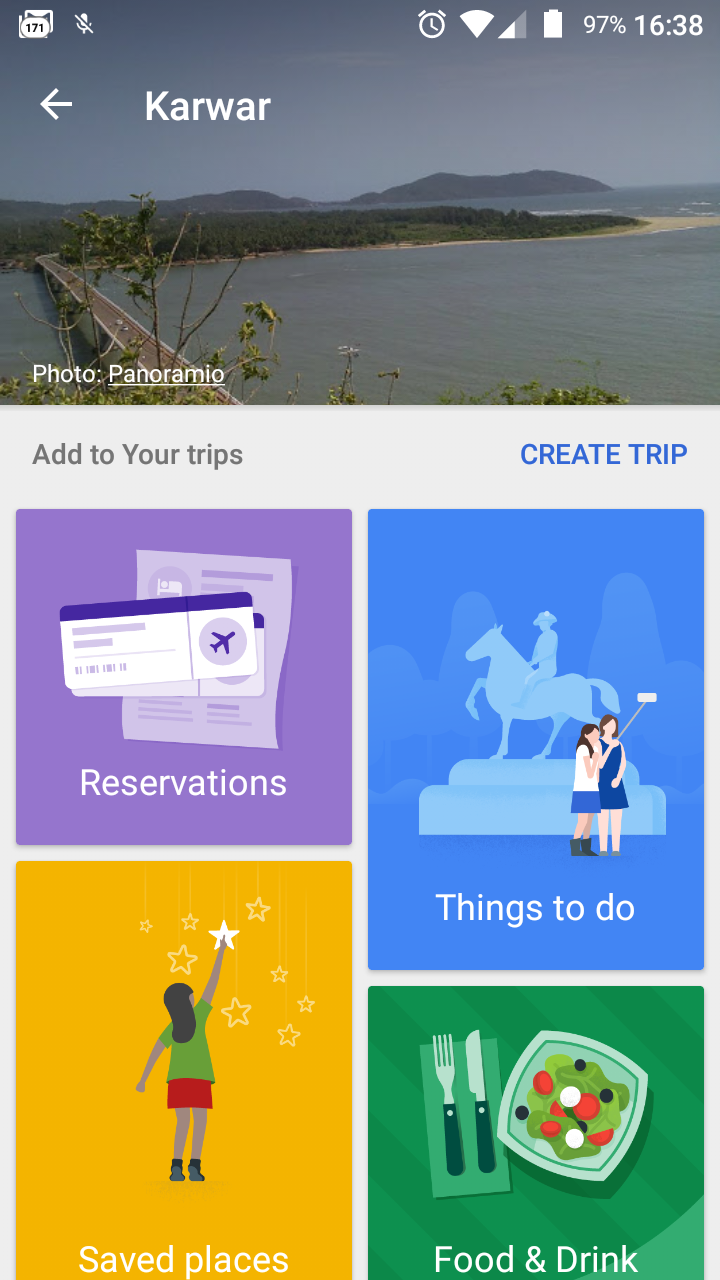 The travel app can offer you suggestions on a huge list of locations and this list of locations reaches to over 200 cities. You can expect the list to grow further in due course. The app can provide you personalised recommendations based on the history of your previous travels.

Designed as one of top end Google products on Travel, Google Trips is a result of over two years of research by the team. Google has plans to make Trips a default travel advisor in future. Google wants make it easy for the travellers even before they are at their destinations. As Richard Holden, a vice president of product management, says,

Well, to get the Google Trips working, you will need to associate it with your Google account. It would help the app to get your travel information like tickets and hotel bookings.

The app primarily gathers information from your Gmail and Google Maps history. It then searches its database of over 200 cities and builds a travel itinerary around the information it has gathered from Google account. Once it is done, the app is ready to serve you. It will let you know of the eating places you can visit, the sights that are worth checking out and comes up with suggestions and recommendations for you. It also recommends deals based on the ratings and reviews from other users who have been to the place before.

The Google Trips competes with the apps like TripIt and many other apps of that genre. Though it lacks the high end features provided by those apps, it does excel with its city maps combined with other Google services. You can download the details related to your future trip beforehand and get the app work offline when you are at the destination. That should be a great advantage as it would let you help avoid heavy data charges of an international plan.

Please note that you will not be able to use the app to book tickets, nor will you be able to reserve hotel rooms. It is just an app that can act as a reminder for your bookings and other recommendations.

The interface and Features

The best feature that we liked most is the Things To Do tab. This tab will let you find the options you have as far as sightseeing or eating out is concerned. The app will search in its database and use what is called Algorithm Based Travel to come up with suggestions. The tab will show you a custom list of attractions around the locations around your current location.

There is a Getting Around tab that deals with public transport system. It will let you know of the availability, fares and the other details of the transport so that you will know the details beforehand. The Need To Know tab will provide information on the shopping areas nearby. You can look out for the popular markets around and the cost efficiency. 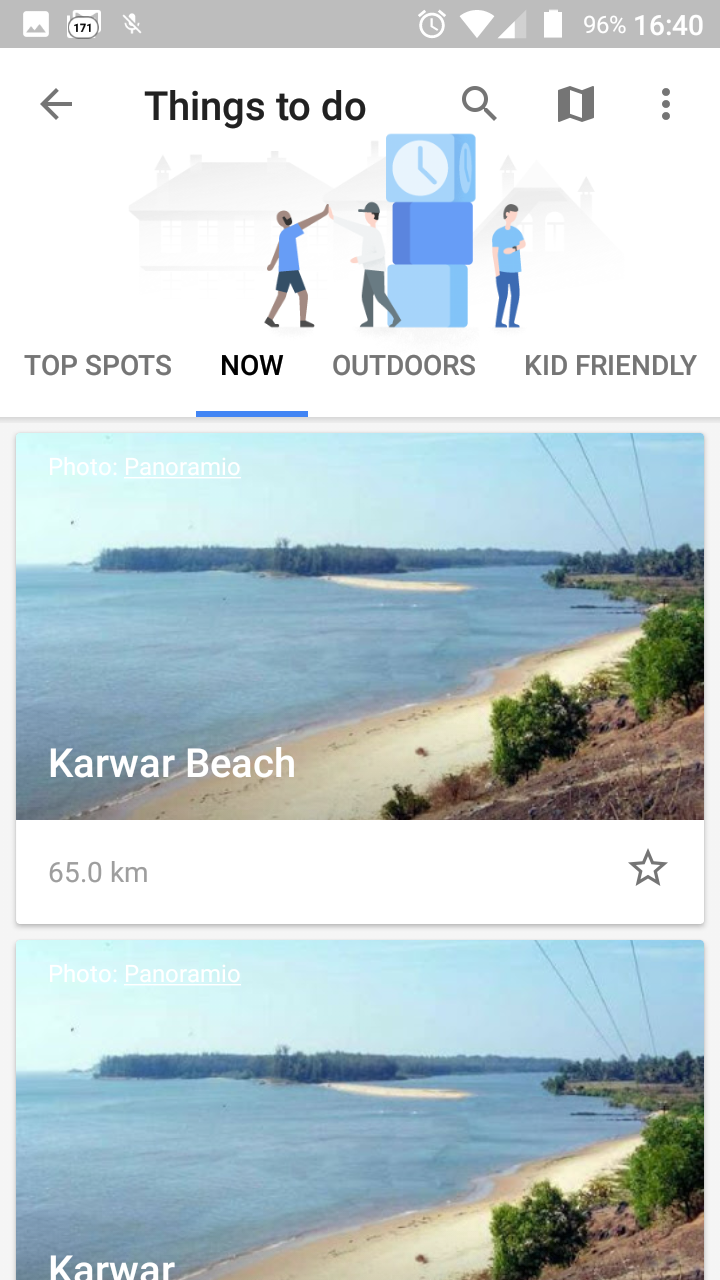 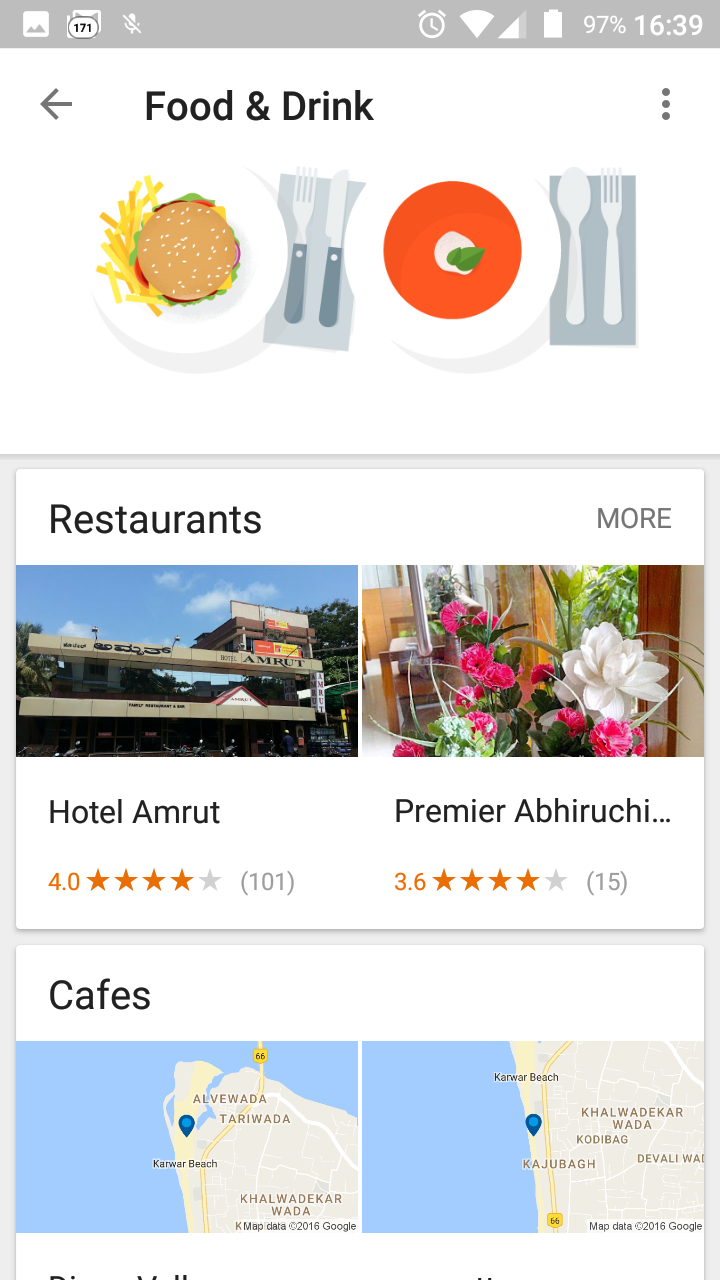 Google Trips also has a Day Plans section. You can go through the list of plans as per your choice of duration of stay and the app will provide suggestions on how you can spend time on various options. The section would work as a Tourist Guide for your itinerary.

Yes, indeed. Google Trips is a relatively new app. It is indeed fast and accurate with its results and recommendations. And that shows up in some of the problems the app does have. We just hope to see the improvements in the future updates.

One of the foremost issues remains to be the heavy reliance on Google reviews while providing recommendations. We would have liked it if the reviews from the sites and services like Zomato or HolidayIQ included while the app comes up with recommendations. However, as long as the international destinations are concerned, the Google reviews do not seem to have any issues.

Being an app from Google, we would have been happy to see the integration with Google Photos. That would make your travel albums sync easily with your Google Photos collection. That should not be a huge problem to make it work as both are Google services.

Privacy could be one of the concerns here. Google Trips does not need you to input any information as it takes the info directly from your Gmail and maps history. That would mean your personal information is at Google's hands. Though Google promises it does not sell your data to any third party, if you are the one who is wary of privacy breach may have issues with it. Moreover, lack of human expertise in the recommendations may also limit your experience.

There are many apps that offer all those services that Google Trips offers. But, being a Google app has its own advantages. The well planned app makes it a great app to have as you will have screen after screen of worthwhile information. Moreover, none of the apps or startups provide the offline functionality available on Google Trips. It combines almost all Google apps like Gmail, Maps, Lonely Planet etc. Have any of our members used it? If not, you can try it. Of curse, it is free. Head over to your app store and download it. We would like to know your opinions on this new app from Google.

Android Auto: How to get started with this Google app for your Car

Need to get the right direction to your destination? Make a call while Driving? Need to listen to some rocking tracks while waiting for the traffic signal to go green? Now Android Auto is here to do all this for you without you holding your smartphone.