Google Allo is likely to be a replacement for the Google Hanguut. Actually, Google Allo is one of the most anticipated launch this year. It features a huge list of security enhancements and Artificial Intelligence. Supposed to be a close competitor to WhatsApp and Facebook Messenger, Google Allo has made its way into the Play Store and iTunes.

What is Google Allo?

Well, to begin with – it is a new messaging app from Google.It does all the tasks you want your messenger to do to – it can send messages, images or videos. You can use it for group chats. You may use it to send funny stickers. Yes, it does everything that your current messenger does. And it comes with an additional feature.
The additional feature on Google Allo is Google Assistant. That would be your personal assistant. And it would help you with all your queries. That is exactly what sets it apart from the other apps you may be having on your device right now.
Google Assistant is built within the app and is accessible from anywhere on your screen. It can understand all your queries and respond to your queries quite easily and convincingly.
The app is available both on Android and iOS. And it is available as a free download.

It works almost on the same lines as WhatsApp, and such other instant messenger services. It will identify you based on your phone number. So, it will only need your phone number to activate the service. Once that done, you can associate the account with your Google account. 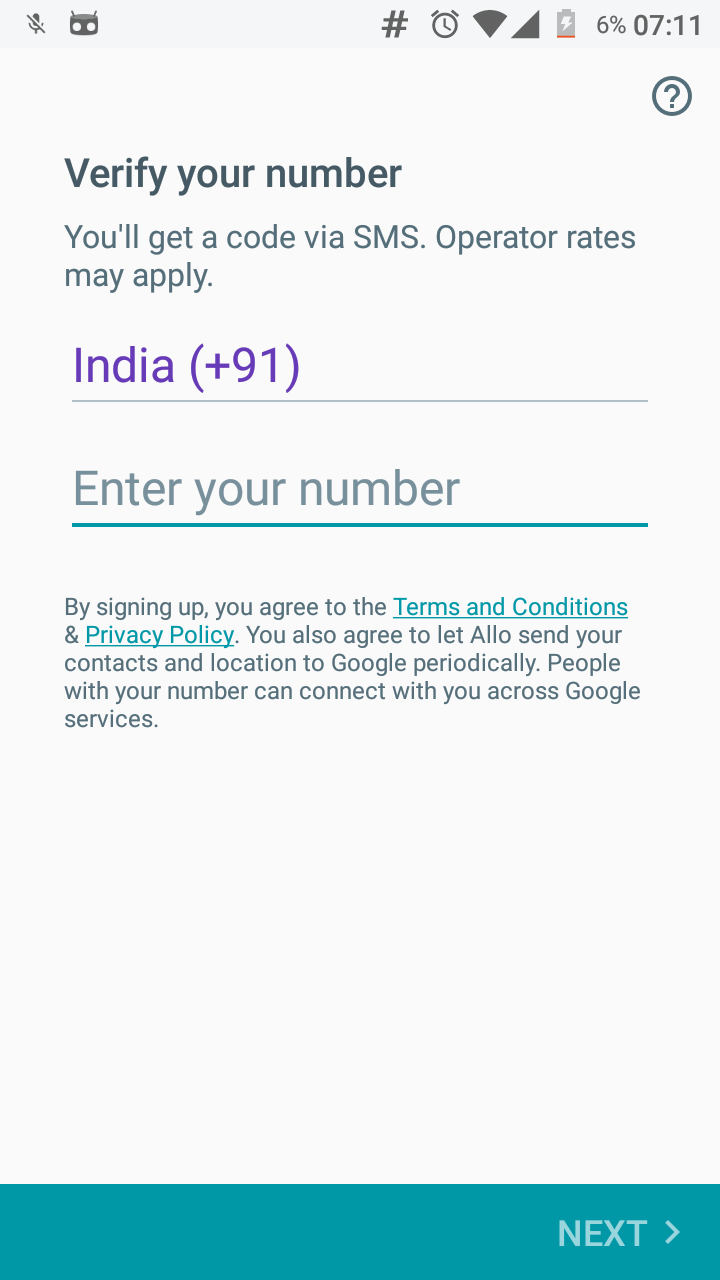 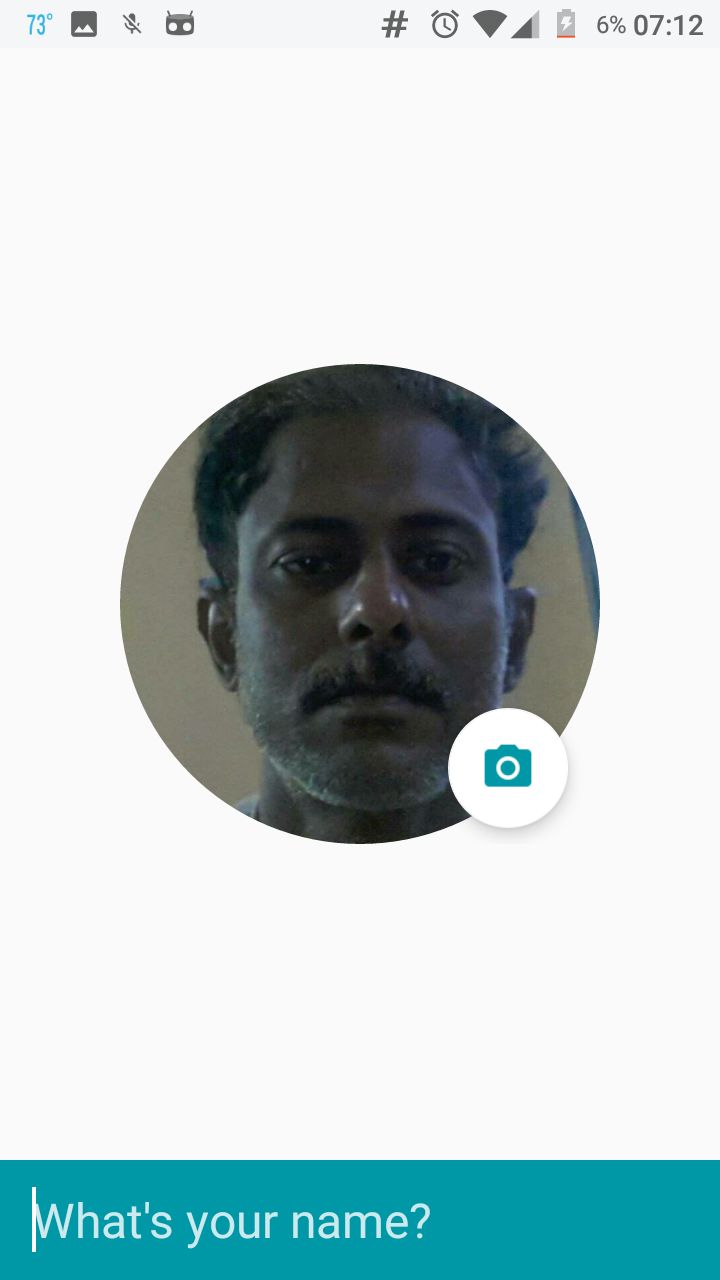 The working principle is quite simple. You do not need to have a contact list maintained for the Google Allo app. It will use your phone contacts to work. Those of your contacts that have Allo installed will appear on top, while those with no Allo service on their phone will appear with a Invite option. You can send the message in the similar way as you would send a message on the current breed of instant messengers.
If your contact does not have Allo installed, the app can be used to send him/her a message through Allo. If your contact is on an iPhone, they will receive an SMS with the message you have sent along with a link to download Google Allo. And if your contact is on Android, it will bring up what Google calls App Preview Notification on his/her phone. The recipient will receive the message as a notification and the interface would be similar to the case if the app is already installed. Your contact can respond from within the notification, or can install the app through the link.

Well, the app has all the features that you would expect from a regular messenger application. There are options to send stickers and funny GIFs. Google Allo offers you sticker packs. These packs have been developed by the artists commissioned by Google. 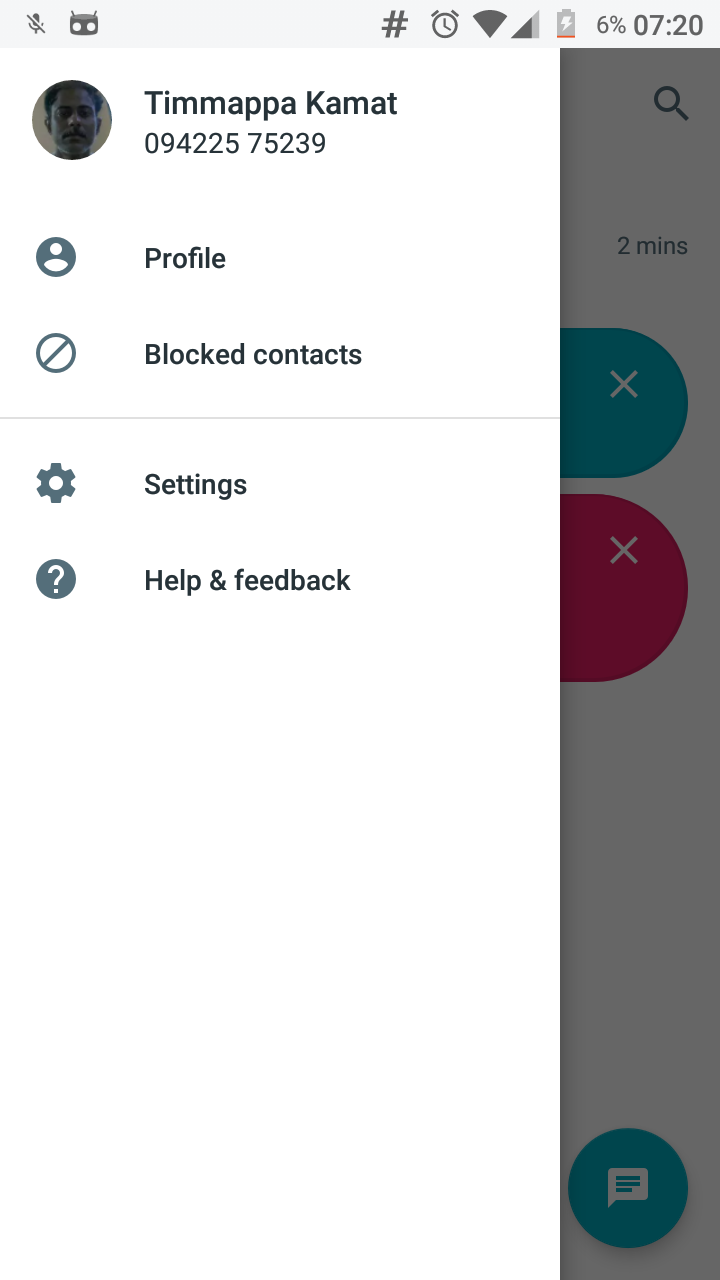 You can either SHOUT or Whisper as per your choice. Dragging on the Send button up or down would enlarge or shrink your text, and that would be equivalent to shouting or whispering to your contacts.
There is a Smart Replies feature. Whenever your contact gets in touch with you and sends you a message, Google Allo will suggest you the replies. So you can just tap on Yes instead of typing it. Your chat history stays on the Google servers and thus Google will remember your choices.
If someone sends you a pic, the smart reply feature will come up with responses like Oh Cutie or Awesome. The suggestions are based on the algorithms used by Google.
The interface is much easier and user friendly. You will learn using it quite faster. The settings are quite similar to what we have been used on most of the Instant messenger apps.

That is the feature that makes Allo standout among the competing instant messengers. For the starters, Google Assistant is comparable to Google Now. Google Assistant is in the preview stage right now, so you may need to wait till some issues are sorted out. 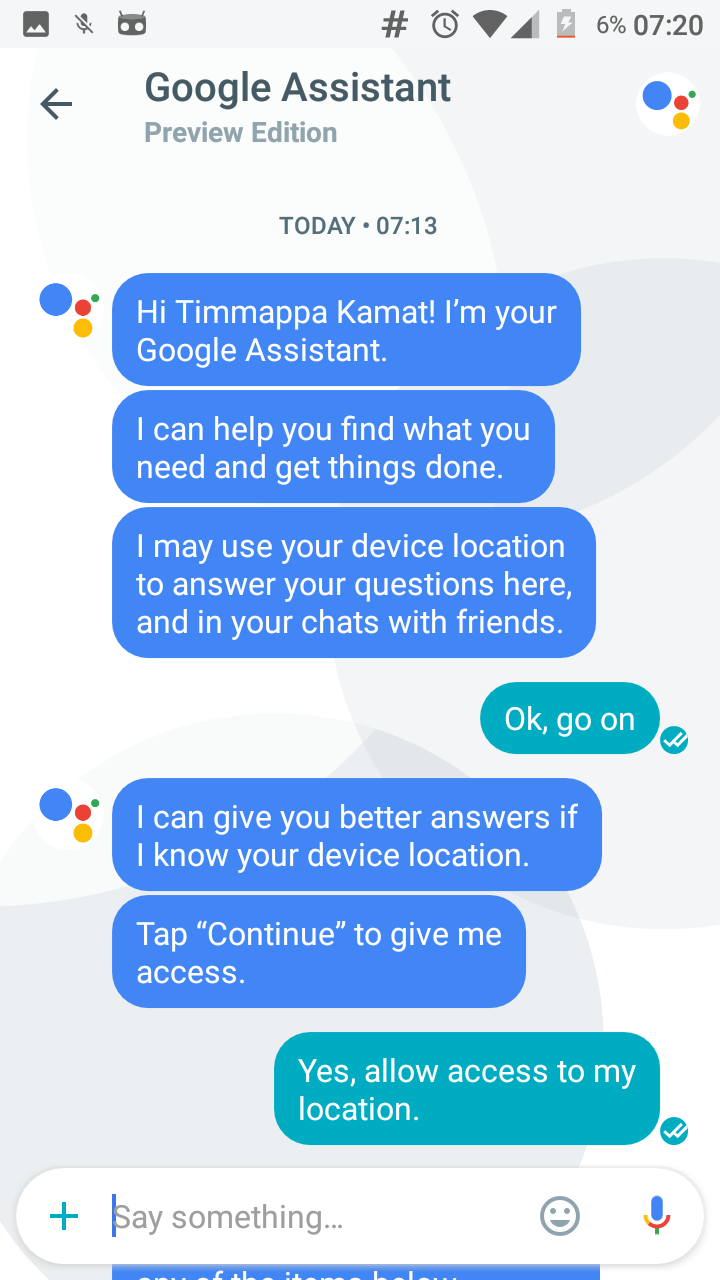 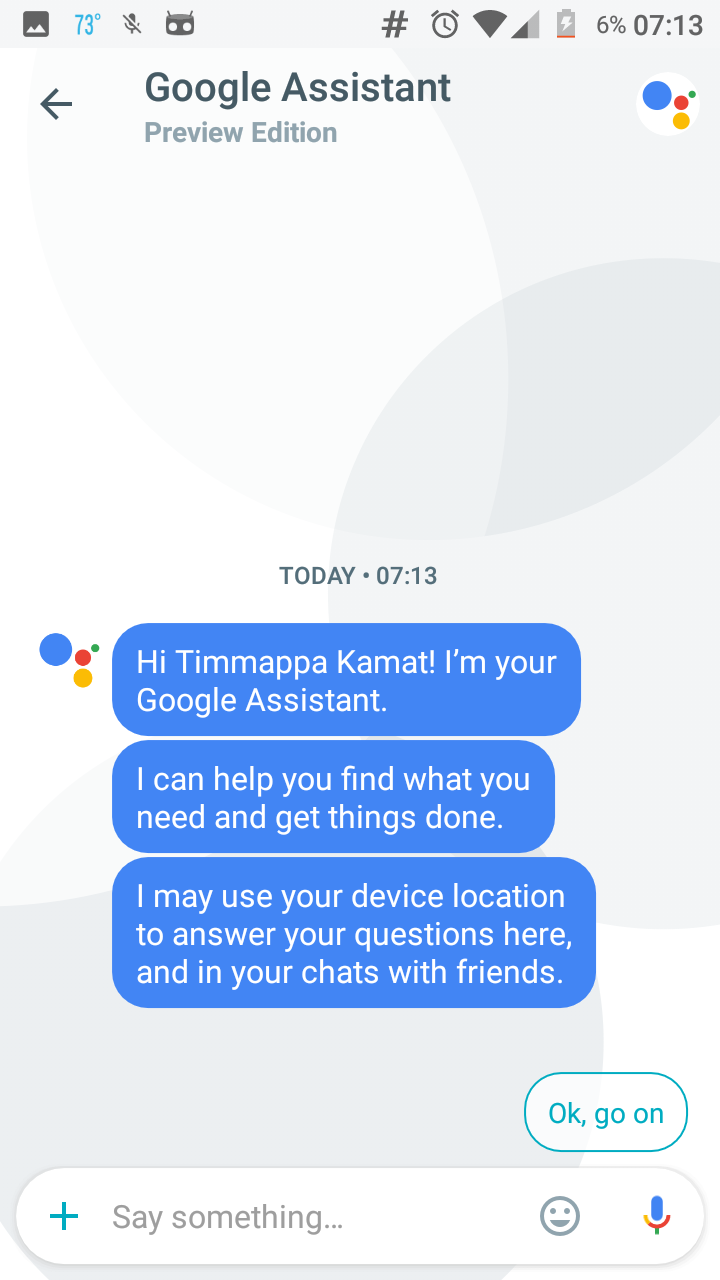 The chats with Google Assistant are very much interactive. As Sundar Pichai, Google CEO says,

You can chat with Google Assistant in a one to one chat like you would do with any of your contacts. You can also bring it up in your other chats as well. You just need to address the query with the @google tag. The conversations appear to be more good in a private chat. Best part with the chat is that it is capable of understanding the queries in a contextual basis. For instance, ask it "Who is the Prime Minister of India", it will respond with Narendra Modi's name. If your next query happens to be "What is his wife's name?", it understands that the query is with respect to Mr Modi and responds accordingly.
Google Assistant is indeed the biggest feature with Google Allo. It keeps learning more about you based on your interactions with it. The more you use it, the more it will learn about you.

If you indulge in an Incognito chat with one of your friends, the chats will be encrypted end to end. The contents of this chat will not be stored on the Google servers. All other chats in Google Allo will be stored on the servers indefinitely.
When you receive an incognito message on Allo, it will not show up in your notification panel. Also, it will not come up in the home screen of your app. You can set expiration schedule for the messages sent in incognito mode. The expiration schedule can be anywhere between five seconds to an hour from the time the message is read.
Please note that the end to end encryption is not available by default on Google Allo. However, incognito chats will be encrypted though.

Ink feature for the photos

Yes, stickers can be the best method to express your emotions. But what if you wanted to share your own photo, and want to make it a customised share? That is where the Ink feature comes in handy.
Just add your photo as you would normally do. Use the Ink feature to draw anything on your screen, or add text to it. You will need to click on the pencil icon just beside the Send button. This will open up the Ink feature. Once you are done with sprucing the photo, tap on the send button and you are good to go.

Well, the app is much new right now. It does come with a few disadvantages or shortcomings.
To begin with, there is no option to send files or documents. There are indications that the feature will be made available in the future updates. The lack of it can be a concern for the enthusiasm of Google to make Allo a primary messenger app.
Another big concern that may make people stay away can be the privacy. The chats you send and receive will stay on Google servers. That would make your chats accessible to hackers or government agencies. Incognito chats, however, will be encrypted end to end. Though, it can be a concern, that is something you need to be ready for if you want to use one of the best features of the app.
And the biggest question is the reach that other messenger apps have reached up to. WhatsApp has over a billion users. Same should go for the competing apps like Facebook Messenger, Line or Hike. How will Google attempt to reach those numbers and convince the users to use its app? There have been no indications to prove that it will come preinstalled with Nexus devices, or built in with Android ecosystem.

Is it worth switching

The question cannot have the straight answer. The Google Assistant is what sets Allo completely apart. It is indeed a new concept and the ability to have a personal assistant without having to leave the app can be a great point in favour of the app.
Even the chats, and the interface thereof is quite promising. Agreed, Google has started off quite on a smaller front. And that appears to be a clever strategy. They do have a cleverly planned strategy when it comes to the invitations sent to the contacts that have no Google Allo installed.
Whether people will be ready to opt for a new messaging app is something we may still need to wait and see.

The app does have a promising beginning. We just hope to see Google being able to garner an effective user base. The personal virtual assistant in the form of Google Assistant is very much practical and useful. The incognito mode is another feature that would make it another unique feature. Go to your app store and download the app. We are sure you will not repent downloading it.